The change in fortune began when the Democrats started to do something that I’ve been calling for for a while.
by Tim Miller
A Sneaky Good Week For Democrats | Not My Party with Tim Miller
Share on Facebook Share on Twitter Share via email Print

Tim Miller: Don’t look now but President Biden and the Dems are having a pretty good summer.

Miller: This is “Not My Party,” brought to you by The Bulwark. Last year around this time, when I had a lot more hair, we were talking about the Hot Joe Summer.

Miller: COVID was on the wane, POTUS’s poll numbers were sky-high, everything seemed to be coming up Joe—and right after that, it all went to sh**.

Miller: More inflation. Whispers that he’s too old for the job. Nothing went his way.

Frank the Pug (from Men in Black II): Ouch.

Miller: For the last few weeks that’s begun to change, and even these guys have noticed.

Bret Baier: This has been a couple of good weeks for the president.

Miller: The turn in fortune began when the Democrats started to do something that I’ve been calling for for a while: Put popular sh** up for a vote, and dare Republicans to oppose it.

Miller: The House did just that when they voted to codify one of the pro-gay-marriage Supreme Court rulings.

Sean Patrick Maloney: Every American, despite their race or their sexuality, has the freedom to marry the person they love.

Waylon Smithers (on The Simpsons): An excellent LGBT policy.

Smithers: All the conservative views conflict with my choice of lifestyle.

Miller: As a result, now Senate Republicans will face a vote over whether they will protect marriages like mine in the year of our Lord 2022.

Dan Fouts (in The Waterboy): They better because they suck.

Miller: And if they scrounge up 10 Republican votes, then Biden will get to seal the deal on gay marriage. In the meantime Biden signed the CHIPS Act—

Man in a seersucker suit: We have a shortage of chips and that shortage is about to end.

Steve Smith (on American Dad): Why am I so hungry?

Miller: —a sneaky-important bill which will increase U.S. manufacturing and give us protection if China acts on its threat to invade Taiwan, the world’s biggest exporter by far of high-end semiconductors. These are critical components to your phone, laptop, car, and more that we need to be able to make here.

Ron Burgundy (Will Ferrell in Anchorman): Kind of a big deal.

Tim Ryan: My God, if we can’t agree on this, what in the hell are we gonna agree on? Rebuilding the manufacturing base. Paying jobs. Union construction. Outcompeting China. Come on!

Miller: Next, it was the Democrats who pulled a fast one on Cocaine Mitch for once. McConnell thought he had a gentleman’s agreement to support the CHIPS Act in exchange for killing the rest of the Biden domestic agenda.

Miller: Nope. This week Joe Manchin and Chuck Schumer cut a new deal on the Inflation Reduction Act of 2022, which should pass with all 50 Democratic Senate votes because it’s the rare annual budget-focused bill that doesn’t require 60 to break filibuster.

“Tree” (unidentified actor on The Wire): Think you got played.

Mitch McConnell puppet (from Let’s Be Real): What, no? What is this?

Miller: And the details are pretty good if you ask me. It creates a minimum corporate tax of 15 percent so companies can’t avoid their tax bill. It cuts the loophole that allows hedge-fund bros to get taxed at a lower rate than other rich people. Cuts prescription drug prices. And uses all that revenue to invest $300 billion to combat climate change. Finally uses another $300 billion to cut the deficit.

Miller: Be still my climate-change-believing deficit-hawk heart. This all comes after the first federal gun-control bill in thirty years that increased background checks for young gun buyers and keeps firearms away from domestic-violence offenders. Finally, the cherry on top. The U.S. military rained Hellfire missiles down on Ayman Al-Zawahiri. The last leading member of al Qaeda responsible for 9/11.

Miller: We’ve been tracking this mofo down for twenty years and he finally stuck his neck out on the balcony for a little fresh air.

Hayley Smith (on American Dad): What does all this mean?

Miller: Here’s the question that the pundits are obsessed with.

Voiceover: How it could impact the midterms.

TV host: How could that impact the midterms?

News anchor: What does this mean for the midterms?

Miller: Who knows and who cares? Too often we fall in this trap of needing to criticize, stuck in a tunnel vision of the political implications.

Marge Simpson (on The Simpsons): How horrible.

Well, from guns to microchips to climate to deficit reduction, to offing a terrorist, Biden and Congress made some tangible progress the last few weeks. And that’s what this politics sh** is supposed to be about.

Miller: We’ll see you next week for more Not My Party. 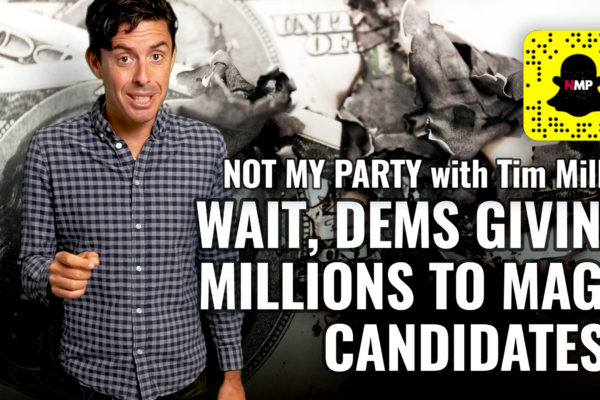 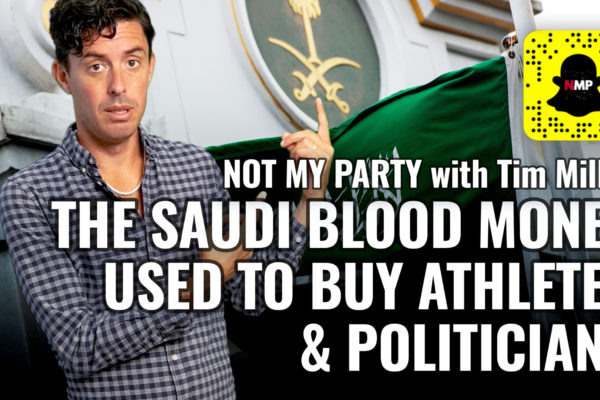 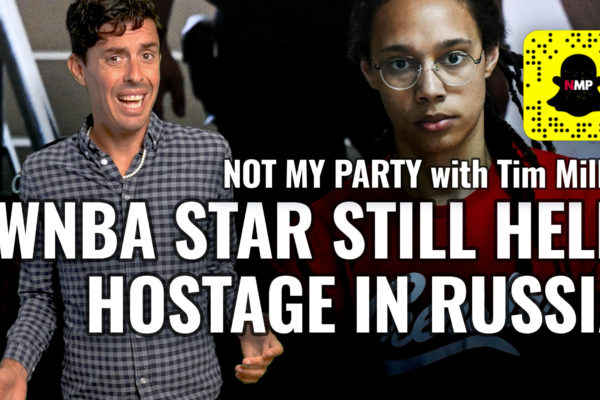