A few years ago, I vividly remembered a scene from a movie, one that I hadn’t seen in a long time, and was having trouble placing in its full context. It takes place in the 19th century or thereabouts, and our main character, a white European, is visiting a primitive tribe in Africa. The tribe is gathered in a communal space to witness this historic meeting. The European gives the tribal chief a gift: a pistol. He demonstrates how to use the gun by firing a bullet into the dirt and then hands it over. The chief, fascinated, begins waving the gun around, pointing it at one person after another, before finally pulling the trigger, shooting one of his tribesman in the chest, killing him. The chief is the only person there left unfazed by what has happened but no one acts, for fear of being the next one shot. It’s such a casual and disturbing moment that the scene never left me.

I was eventually able to place the film: Bob Rafelson’s Mountains of the Moon (1990), his take on the occasionally fraught friendship between geographer Sir Richard Burton (Patrick Bergin) and explorer John Hanning Speke (Iain Glenn), and their quest to find the source of the Nile. I’d seen the movie a few times back when it first landed on home video—there was something about it that, during this important time in my budding cinephilia, that struck a chord—but not once since. That is, not until last Thursday, when I watched it (on a full-screen DVD, because that’s all I could get my hands on; I might as well have turned on motion smoothing while I was at it) in part for this piece, and also in remembrance of Rafelson, who died on July 23, at age 89. And I found that this curious, relatively low-budget period epic largely holds up really well (notwithstanding a score by Michael Small that seems better suited to, not even Far and Away, but a knock-off of Far and Away, than to a film as hard-nosed as brutal as this one). But as fascinating as Mountains of the Moon is in isolation, it’s even more fascinating when looked at through the lens of Rafelson’s whole career, which is one of the most unpredictable of the important filmmakers who came out of the late ’60s through the ’70s.

All you really need to know to get a sense of Rafelson’s range and erraticism is that his directing career began with episodes of The Monkees, the screwy musical sitcom featuring the famously built-by-committee folk-rock band. Rafelson got the gig directing on that show by virtue of the fact that he was part of that aforementioned committee. When the series ended after two seasons, Rafelson parlayed the band’s remaining fame into a film, which he directed and co-wrote with Jack Nicholson, called Head (1968). (Teri Garr, who has a small role in the film, once told David Letterman that Head was chosen for the title so that, in case there was ever a sequel, the poster could say “From the people who gave you…” etc.) The film is a sort of psychedelic goof-off, featuring The Monkees stumbling through a series of odd and largely unconnected scenarios, many of which play like parodies of various Hollywood movie genres: the war film, the Western, and so on. In this way, Head closely resembles the Sonny & Cher film Good Times, directed by William Friedkin and released the year before. The big difference here being that watching Good Times now it would be very hard to believe that Friedkin put, or even really tried to put, much of himself into the work, whereas The Monkees were Rafelson’s babies, and this kind of late-’60s surrealism meant something to him, even if in his film work he never really returned to it. I won’t pretend that Head strikes a chord with me, but that doesn’t mean that, while not a “serious” movie, it’s lacking in filmmaking verve. In fact, at times it seems to foreshadow Michelangelo Antonioni’s Zabriskie Point, which debuted two years later.

Also two years later, Bob Rafelson would dramatically change course as a film director. Continuing, and cementing, what would turn out to be his most productive and successful artistic collaboration, Rafelson once again teamed up with Jack Nicholson for Five Easy Pieces (1970). Newly famous thanks to his appearance in Easy Rider, Nicholson plays Bobby Dupea, a one-time classical pianist turned itinerant oil-rig worker in a California oil field. As this description suggests, music is an important part of the film, although by my estimation Tammy Wynette turns up on the soundtrack more often than does, say, Chopin. For instance, the opening credits, showing Dupea driving home from work, play under Wynette’s “Stand By Your Man,” a perfect choice, as the audience will learn, although employed with more irony than Wynette probably intended. Dupea lives with his much-put-open girlfriend Rayette (a great Karen Black)—she’s a gullible, sad push-over, who, though not physically abused by Dupea, nevertheless suffers under his relentless and undeserved insults, and constant, barely disguised cheating. One night, he becomes enraged when her lack of talent for bowling costs them a friendly game against two friends (Billy Green Bush and Fannie Flagg). After embarrassing her in public, Dupea promptly goes out and cheats on her. At this point, Wynette’s line “’Cuz after all, he’s just a man” becomes even more of a withering critique than it already was.

Eventually, Dupea visits his sister Partita (Lois Smith), an active, but unhappy, classical pianist, from whom he learns that their father has had a stroke and is not expected to recover. So Dupea, reluctantly dragging along Rayette, takes a road trip to Washington, to visit his family. This visit comprises the second half of the film. Among those present are his brother Carl (Ralph Waite) and his fiancée Catherine (Susan Anspach). Dupea feels an instant attraction to Catherine, which is requited, and the two begin a surreptitious, fraught affair.

Five Easy Pieces is, for me, an almost complete triumph. I realize I’m not exactly going out on a limb in support of a film that’s been thought of as a classic for 50 years, but watching it again the other day I was struck by how exactly correct so many of Rafelson’s choices are. Rafelson developed the story with Carole Eastman, who then wrote the screenplay (writing as Adrian Joyce), and the dialogue is sharp, funny, mean, sometimes breathtaking in its subtle emotion. Despite everything that’s boiling underneath the surface of pretty much every scene, and the simply brilliant Nicholson’s ability to go from simmering to explosive at a moment’s notice, Five Easy Pieces is a strikingly quiet film. It never holds your hand, it doesn’t insist that you like Bobby Dupea, there is no redemptive arc for this agonized and cowardly man. The movie is a sublime example of why American films in the 1970s were so important, so unique and so different from what we have now, and of what we’ve lost.

Two years later, Rafelson and Nicholson would team up again, for the third but hardly the last time, for The King of Marvin Gardens (1972). Rafelson created the story with Jacob Brackman, who wrote the script, and this one’s a good deal more off-kilter than Five Easy Pieces. Not quite a part of the crime genre, but at least adjacent to it, The King of Marvin Gardens finds Nicholson playing David Staebler, a radio personality in Philadelphia who lives with his grandfather (Charles LaVine), and who, early on, has to travel to Atlantic City to bail his brother Jason (Bruce Dern) out of jail. While there, and against his better judgment, David becomes wrapped up in his brother’s many financial schemes. But what at first seems like a fun lark, a way to re-connect with Jason and maybe make a little money, soon resembles nothing so much as endlessly digging a hole straight down. Especially when Jason’s relationship with a local gangster (Scatman Crothers) takes on a sinister edge.

That’s the film in broad strokes, but it doesn’t quite prepare one for the film itself, which is full of eerie, wintry boardwalk imagery and odd characters, such as the two women (Ellen Burstyn and Julia Anne Robinson) who accompany Jason everywhere. There’s a mock Miss America pageant in the film, one that features only the two women and the brothers, that seems to have fallen into the film from outer space. If a viewer of The King of Marvin Gardens ever finds themselves asking “What is this?”, they’ll only be mirroring what must be David’s own thought process. And this is likely to happen before a series of disquieting revelations, a shocking climax, and a mournful, quiet final scene.

Despite the impact Rafelson’s early work had on American film, and despite his long life, he only directed ten features. He closed out the 1970s with Stay Hungry (1976), a loopy comedy co-starring Arnold Schwarzenegger, and began the 1980s with an underrated remake of The Postman Always Rings Twice (starring Nicholson opposite Jessica Lange, and featuring David Mamet’s first screenplay). His only other ’80s feature is the erotic thriller Black Widow, and then his ’90s were made up of another eclectic mix, including Mountains of the Moon, the neo-noir Blood and Wine (also underrated), and the comedy Man Trouble. I’m sure that, had the choice been his, Rafelson would have directed a lot more than ten movies. As it happens, that would have been my choice as well. 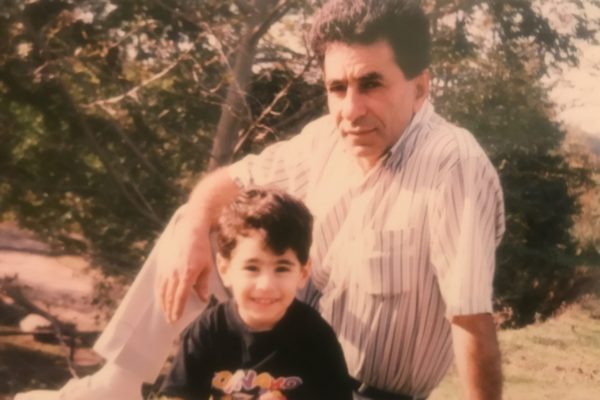 Saying Goodbye to My Father from Half a World Away 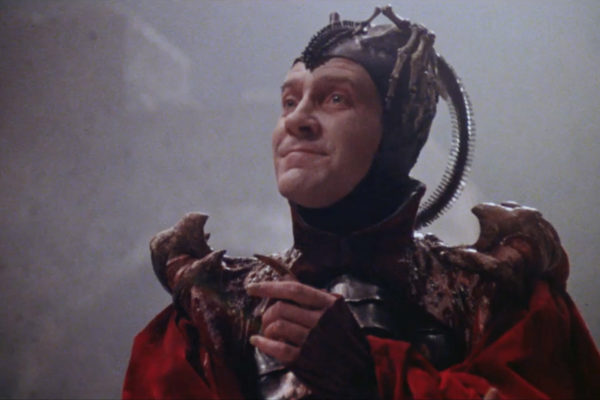