Can We Talk about Abortion Without Tearing Each Other Apart?

If the Supreme Court overturns Roe, our political process will decide abortion policy. Buckle up.
by Mona Charen
An anti-abortion demonstrator hurls insults at pro-choice activists in front of the U.S. Supreme Court as the justices hear hear arguments in Dobbs v. Jackson Women's Health, a case about a Mississippi law that bans most abortions after 15 weeks, on December 01, 2021 in Washington, DC. With the addition of conservative justices to the court by former President Donald Trump, experts believe this could be the most important abortion case in decades and could undermine or overturn Roe v. Wade. (Photo by Chip Somodevilla/Getty Images)
Share on Facebook Share on Twitter Share via email Print

Those of us who have long criticized Roe v. Wade for usurping the power of legislatures to make serious policy decisions must now contemplate the reality that We the People may yet get a chance to legislate on this fraught matter. Hold the brass bands. Are we capable of discussion and debate? Congress cannot seem to pass a budget and perpetually accelerates to the edge of the default cliff before veering off at the last second and raising the debt ceiling. Presidential nominees (of both parties) cool their heels for months and years without confirmation votes. Gov. Ron DeSantis of Florida has signed legislation shielding those who drive their cars into demonstrators from civil liability. Gov. Greg Abbott of Texas signed a law permitting almost anyone to carry a firearm without a license or training. And government spending so far outstrips revenue that every American child begins life owing about $67,000. As Windsor Mann quipped: “A country that goes berserk over masks is about to debate guns and abortion.”

Still, we must try.

Some, like Emily Bazelon of Yale Law School, who support upholding Roe and its progeny are willing to acknowledge the unique moral quandary of abortion. But that is rare.

In the few days since the Supreme Court heard oral argumetns in its latest abortion case, Dobbs v. Jackson Women’s Health, any number of commentators have mocked Justice Amy Coney Barrett for mentioning that safe haven laws permit women to relinquish their babies if they are unable or unwilling to be parents. That spawned a series of outraged takes, including an explainer in Vox,“Why Adoption Isn’t a Replacement for Abortion Rights” and a guest essay in the New York Times by a Democratic digital strategist, Elizabeth Spiers, with the title “I Was Adopted. I Know the Trauma It Can Inflict.”

Spiers castigates Barrett for supposedly characterizing adoption as “some kind of idyllic fairy tale.” But Barrett was merely noting that limiting the availability of abortion does not force women into parenthood. They may choose to place their babies for adoption. Spiers says her own adoption and childhood were “pretty much idyllic.” She was raised by two parents and knew every day that she was loved. So where’s the trauma? Well, her birth mother still feels pain from the separation, even 44 years later.

Spiers feels strongly that abortion “is a form of health care and that every woman should have access to it if she needs it.” Fine, but by using her own status as an adoptee to bolster the case for abortion, she contributes to the disparagement of adoption, and that is a disservice to children and to the truth. Not only does she acknowledge that her own childhood was “wonderful,” but also that she believes her birth mother made the right decision.

“Adoption is not always an unalloyed good. It’s a complicated choice in a situation that has no right or wrong answer,” Spiers writes. Well, now we’re getting somewhere.

It’s true that carrying a baby to term and then relinquishing him or her for adoption is a painful process. That’s why pro-life advocates so often praise the heroism of birth mothers, and why no one (Amy Coney Barrett included, I’m sure) would suggest that making an adoption plan for a baby is easy or cost free.

So, no, adoption is not an “unalloyed good.” But in terms of the welfare of children, it’s pretty darn close.

I’m guessing that most readers, seeing the headline “I Was Adopted. I Know the Trauma It Can Inflict,” would assume the writer was speaking of her own pain. (Spiers isn’t responsible for the headline, which would have been written by the Times staff.) There are of course adopted children who have mixed or negative feelings about their lives and their families (just as there are some biological kids who feel the same). But the overwhelming majority of adopted children are happy. According to the most extensive database on adoption compiled by Child Trends, 88 percent of adoptees aged 6 and over display positive social behaviors, and 85 percent are in excellent health. In some respects, they are even better off than the average child—68 percent are read to every day by their parents compared with 48 percent of kids overall. More than half perform very well in reading and math, and 85 percent participate in extracurricular activities (compared with 81 percent of the general population of kids). Among adoptive parents, 81 percent describe their relationships with their children as “very warm and close.”

Also pushing the anti-adoption theme, Anna North’s Vox article, “Why Adoption Isn’t a Replacement for Abortion Rights,” contained some whoppers. Noting that adoption is rarely chosen by pregnant women (or “pregnant people” as she styles it), North writes “They may know, too, that their child may not find a home quickly—there are more than 400,000 children in foster care in the US, and the average child spends nearly two years in the system.” The only true part of that sentence is the 400,000. The overwhelming majority of children in foster care are not placed as infants. The average age is 8. In most cases, they have been abused or neglected by their birth parents. In many cases, they are not eligible for adoption until their birth parents’ parental rights have been terminated, which takes time. The average stay in foster care is one year. About half of foster care kids eventually return to their families of origin. About 25 percent are eventually adopted—by adoptive parents who know the children will probably present special challenges and still open their homes and their hearts. So no, a pregnant woman considering adoption for her baby has no reason to believe the child will languish in foster care. When infants are placed for adoption, they are snapped up right away. In fact, the waiting list for infants to adopt is estimated to be 2 million couples.

More adoptees than biological children have learning and other problems. But when you consider the disruption that many adoptees experience before finding their permanent families, it would be shocking if that were not so. Roughly 37 percent of children who are adopted spent some time in foster care first. Another 25 percent are international adoptions, which can lengthen the time it takes for placement and, depending upon the country, present nutritional or other challenges. Just 38 percent are private, domestic adoptions with or without an agency, and a significant number of these are adoptions by relatives.

All of these data are very nice, but they’re really not the main point. The key thing is that the alternative to adoption is to end the life of the developing baby. And just as it is universally acknowledged to be immoral to end the life of a baby after birth—even if the child is unplanned, or is handicapped, or if the parents are separated, or the mother is poor—it seems almost as immoral to resort to killing a child who is alive and kicking in her mother’s womb.

Finally, a word about the role of the court. There has been a lot of commentary to the effect that what the justices are considering is a radical departure. That’s not really right. It will be very disruptive to overturn Roe, but not truly radical. The truly radical move would be to “find” a right to life for the unborn in the Constitution and hand it down as the law of the land. That would be the mirror image of what the court did in Roe.

No one thinks that will happen. The justices seem likely to hand the matter back to the state legislatures and to the people. Whether we can handle it without tearing each other apart is another question entirely. 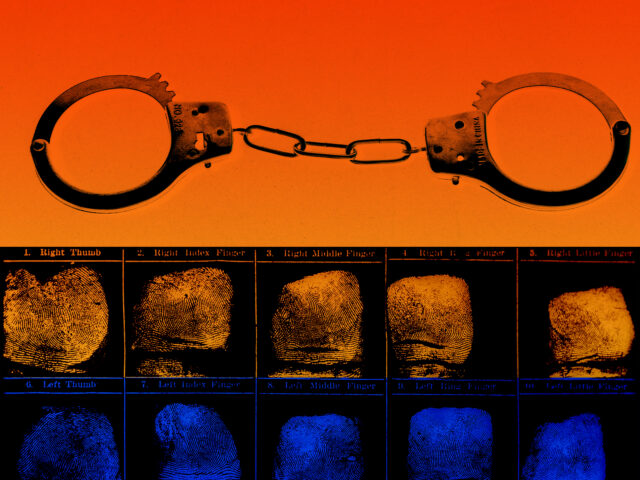 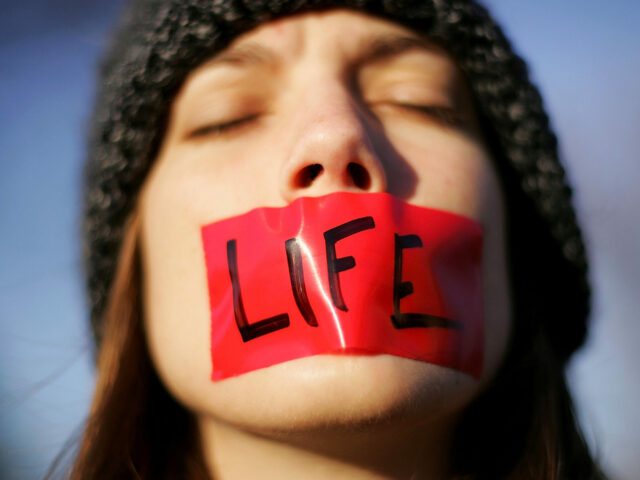