In Virginia, we’re in the home stretch of a campaign for governor that may set the tone for national politics for the next three years. If so, it’s going to be a long three years.

On the Republican side is Glenn Youngkin, a businessman who, if left to his own devices, would probably be a conventional, old-fashioned, moderate Republican perfectly tailored for voters in Northern Virginia. But these days, the price of admission to Republican politics is fealty to the myth that Donald Trump really won the 2020 election and it was stolen from him. Youngkin never quite went all the way on election trutherism, but he sure did play footsie with it.

Yet his Democratic opponent, former governor Terry McAuliffe—a Virginia governor can serve two terms, but not consecutively—has engaged in some election trutherism of his own, more recently on behalf of Stacey Abrams and more famously on behalf of Al Gore.

It’s one of those matchups that have you wondering whether either party is capable of nominating a candidate who isn’t compromised by his base. This elemental fact set the pattern for the rest of the campaign, including an unexpected fight over who controls the public schools.

If McAuliffe loses in a state that voted by a wide margin for Joe Biden last year, it will be because of a gaffe which fits the usual puckish definition: a politician accidentally telling the truth. In this case, the truth was that McAuliffe does not believe parents should have much say about what is taught to their kids in public schools.

“I’m not going to let parents come into schools and actually take books out and make their own decision,” McAuliffe said during the debate. “I don’t think parents should be telling schools what they should teach.”

There is a case to be made that individual parents shouldn’t be able to dictate the content of public school curriculum for everyone else. But McAuliffe conveyed a wider sense that public schools are not answerable to the public—and then the Democrats and the teachers’ unions doubled down on it.

This was seemingly a fatal gaffe, and Youngkin has been closing in on McAuliffe by rallying angry parents who believe, with some justification, that the schools are run for the benefit of bureaucrats and unions rather than for the benefit of their kids. McAuliffe’s admission became a rallying cry against arrogant and out-of-touch officialdom.

But the Youngkin campaign has promptly undermined that advantage by reminding us of the actual basis for their complaint against McAuliffe: which is less about ideological indoctrination being imposed on students than it is a complaint that censorship is merely being imposed by the wrong side.

One report about McAuliffe’s gaffe follows up with some context that puts it in a slightly different light.

Those bills might sound innocuous enough. But then the Youngkin campaign made its own gaffe by reminding voters of the specific event that was the impetus for these laws: a case in 2013 in which a mother threw a fit because her son, a high-school senior in an advanced placement English class, was traumatized by having to read a book with adult sexual themes.

With only a week to go until Election Day, Youngkin released an ad Monday featuring Fairfax County resident Laura Murphy, who waged a battle against [Toni Morrison’s novel] Beloved in schools beginning in 2013 after her son—a high school senior at the time—said it gave him nightmares while reading it for an advanced placement literature class.

Murphy eventually took her fight to the Republican-led General Assembly, which in 2016 passed a bill with bipartisan support to give parents the right to opt their children out of sexually explicit reading assignments.

At the time, about half of Virginia school districts already followed that practice, but the bill would have enshrined that in state law. The “Beloved bill,” as it was known, would have made Virginia the first state in the nation to give parents that opt-out power. McAuliffe vetoed it as well as a similar bill in 2017.

So this isn’t about protecting tots. It’s about shielding high-school seniors who have specifically signed up to read college-level material. The whole story has a censorious, Church Lady feel to it, like the old days of Tipper Gore railing about rap lyrics.

This Youngkin pitch is less about keeping indoctrination out of the schools than a fight over who gets to do the indoctrinating.

What struck me most about this story, though, was the invocation of the emotional trauma that was—what’s the word I’m looking for?—triggered by the young man’s exposure to Toni Morrison. Isn’t emotional trauma supposedly the stock in trade of the woke crowd? Doesn’t this have kind of a snowflakey feel to it? Isn’t this just repackaging the scolding Church Lady in the therapeutic psychobabble of our era?

In effect, the anti-woke Republicans have appropriated cancel culture.

Contentious questions about what is taught in schools are always going to arise so long as the government is involved in education. A parent’s discomfort with the curriculum, legitimate or otherwise, makes the case for school choice and for breaking up the government’s monopoly on primary and secondary education. It does not make a case for fantasies about conservative censorship of undesirable books or assignments.

Consider a similar news item from Texas, where State Representative Matt Krause, an ambitious Republican politician looking to make a name for himself, has just announced an investigation into whether the state’s school libraries contain “material that might make students feel discomfort, guilt, anguish, or any other form of psychological distress because of their race or sex.” This is in response to cases in which “a number of Texas school districts around the state . . . have removed books from libraries and/or classrooms after receiving objections from students, parents, and taxpayers.” He then attaches a list of suspect books and demands to know whether they are being carried in school libraries.

What is interesting here is not just the pressure to remove books with unapproved ideas. Far more interesting is that the justification for doing so is feelings of discomfort.

The rapid shift from “why is everyone an easily triggered snowflake participation trophy recipient” to “we gotta ban these books because my senior in high school had nightmares” is more indication that maybe the former was a bad faith operation all along.

Well, for some of us, it wasn’t. But others seem to have decided that if you can’t beat victimhood culture, join it.

If the Virginia race is an early bellwether of what the politics of the next presidential election cycle is going to look like, it shows us that both parties still have the same fundamental problem. In order to pander to a fanatical minority in the party’s base, their politicians have to embrace and even boast about positions that are repugnant to most voters. 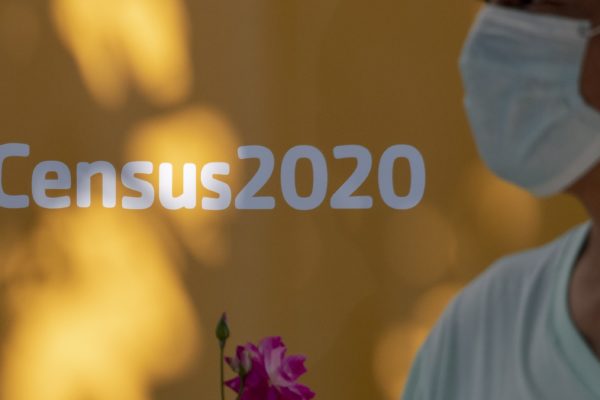 The Number of White Americans Is Not “Declining” 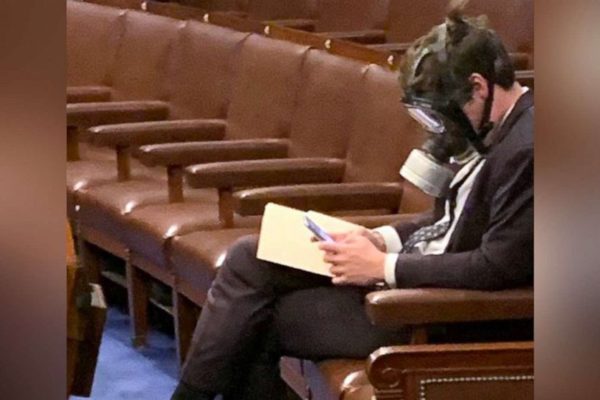 Matt Gaetz and the End of History