How I Learned to Stop Worrying about the Chinese Behemoth
by Desmond Lachman
BEIJING, CHINA - OCTOBER 01: (EDITORS NOTE: This image has been converted to black and white) Chinese President Xi Jinping (Left) opens his umbrella as Premier Li Keqiang (Right) and Chinese Communist Party top leaders stand with umbrellas in the rain after bowing before the Monument to the People's Heroes during a ceremony marking the 64th anniversary of the founding of the People's Republic of China at Tiananmen Square on October 1, 2013 in Beijing, China. On October 1, 1949, Chinese leader Mao Zedong stood at the Tiananmen Rostrum to declare the founding of the People's Republic of China. (Photo by Feng Li/Getty Images)
Share on Facebook Share on Twitter Share via email Print

China’s spectacular economic rise over the past 30 years has generated fear in the United States that our economy will soon be eclipsed as the world’s largest. This has motivated the Trump administration to see China more as a strategic economic threat than as an economic partner.  It is also one of the key reasons why the administration is engaging in a trade war with Beijing.

Yet this is hardly the first time that we have felt economically threatened. In the 1960s, we worried that the Soviet Union’s supposedly rapid economic growth portended a real economic challenge to the United States. Then, in the 1970s, we worried that Japan’s very strong economic performance was the forerunner of our relative economic decline.

It would be an understatement to say that our fears about Soviet and Japanese economic domination proved to be ill-founded. The unshakable stagnation of the Soviet Union in the 1980s paved the way for the empire’s break-up in the early 1990s. Meanwhile, the erstwhile Japanese economic miracle gave way to the bursting of its credit and housing market bubbles, followed by two lost economic decades .

One factor likely to sap China’s economic growth in the years ahead is its very poor demographics. Largely as a result of its one-child policy, the Chinese labor force is expected to decline by some 25 percent over the next 30 years. This has prompted the demographer (and my American Enterprise Institute colleague) Nick Eberstadt to observe that China is set to become old before it becomes rich.

Another factor that does not bode well for China’s future economic performance is President Xi’s apparent intention to destroy the foundation on which China’s economic miracle rested. He is reversing the economic reforms introduced by Deng Xiaoping in 1979, aimed at giving the private sector increased room to breathe dynamism into the Chinese economy. Fearful of the challenge that a thriving Chinese private sector might pose to the Communist Party’s political hold on the country, President Xi is now reestablishing party discipline and increasing the role of China’s state enterprises.

According to the IMF, Chinese investment still accounts for more than 45 percent of the country’s GDP. Meanwhile, over the past decade, credit to China’s non-public sector has increased by around 100 percent of GDP, which the Chinese government itself recognizes is an unsustainable situation. This rate of credit expansion exceeds that in Japan prior to its bubble bursting  in the 1980s. It has also given rise to a situation where China has a massive amount of unused industrial capacity and an enormous overhang of unoccupied housing and commercial property.

Past experience with the bursting of outsized credit bubbles does not portend well for China’s long-run economic performance. In the best of circumstances, China, like Japan before it, is likely to experience a prolonged period of relative economic stagnation. It will do so at a time that its banks’ balance sheets will be clogged with non-performing loans, and the need to prop up zombie enterprises will preclude the flow of credit to the more dynamic sectors of its economy.

All of this is not to say that the Trump administration is mistaken to exert pressure on China to level the trade playing field and to have China desist from intellectual property theft and forced technology transfer. Rather, it is to say that in formulating its international economic policy, the administration should not exaggerate China’s long-run economic challenge to the United States. 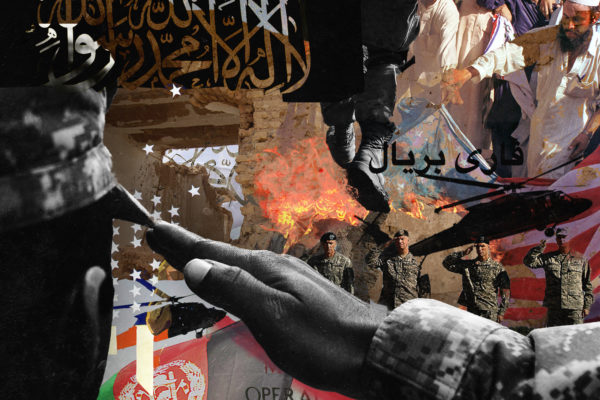