Join us Oct 20 in Washington, DC for an evening of politics among friends with Charlie, Tim, Amanda, and Sarah. Learn More
Support The Bulwark and subscribe today.
Join Now
Legal

Civil Lawsuits Can Proceed Against Trump for His Big Lie and Jan. 6th Actions

New ruling confirms: A president does not have immunity for actions taken outside his official capacity.
by Kimberly Wehle
The Trump international hotel is seen in Washington, D.C. (Photo by Mandel Ngan / AFP / Getty)
Share on Facebook Share on Twitter Share via email Print

Tiresome, to say the least, are Donald Trump’s frivolous legal claims aimed at everything from blowing through any accountability for a sitting president (think Trump’s Supreme Court loss attempting to hide his personal private accounting records from a Manhattan grand jury) to his attempts to subvert a legitimate election through illegitimate abuses of the court system (think of the 63 losses in bogus cases filed by Trump and his allies in late 2021). Yet these serial abuses of the rule of law have finally produced a case worth hearing for posterity. On Friday, U.S. District Judge Amit Mehta ruled that presidents do not have absolute immunity from being sued over attempts to swing an election and thwart a peaceful transition of power.

This is a big deal not just for Trump, but for the scope of the presidency moving forward. The question is whether presidents can use the power of the office to stay in power, regardless of voters. The answer thus far: No.

The case in question, Thompson v. Trump, is actually three separate lawsuits consolidated into one. All involve legal challenges to then-President Trump’s actions and inactions on January 6, 2021. In all three, Trump argued that he, as a former president, is absolutely immune from any legal accountability for that day because, well, he was president. 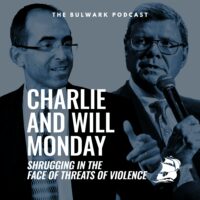 Podcast · October 03 2022
Will Saletan: Shrugging in the Face of Threats of Violence
Trump makes an apparent death threat against McConnell and Marjorie Taylor Greene incites violence at…

The plaintiffs include eleven members of the House of Representatives in their personal capacities (including Rep. Bennie G. Thompson [D-Miss.], chair of the House Jan. 6th Committee), and two Capitol Police officers. The defendants include Trump; his son Donald Jr.; Rudy Giuliani; Rep. Mo Brooks (R-S.C.); and various organized militia groups, including the Proud Boys/War Boys and their leader, Enrique Tarrio, and the Oath Keepers.

The primary legal claim is that the defendants violated the Ku Klux Klan Act of 1871, a post-Civil War statute aimed at addressing white supremacist violence against African Americans notwithstanding ratification of the Fourteenth Amendment and other constitutional provisions establishing equal rights regardless of race. One provision of the statute, 42 U.S.C. § 1985(1), goes further, prohibiting conspiracies “to prevent, by force, intimidation, or threat, any person from accepting or holding any office, trust, or place of confidence under the United States, or from discharging any duties thereof . . . or to injure his property so as to molest, interrupt, hinder, or impede him in the discharge of his official duties.” This is the crux of the Thompson case.

The plaintiffs allege that Trump and his allies, before and on Jan. 6th, conspired to prevent members of Congress, “by force, intimidation, and threats,” from discharging their duties to certify the Electoral College results and to prevent Joe Biden and Kamala Harris from assuming office. Rep. Eric Swalwell (D-Cal.) additionally brought a claim under a related statute, 42 U.S.C. § 1986, that makes it illegal to neglect or refuse to take steps to prevent a conspiracy.

The gist of the plaintiffs’ argument is that Trump thrice violated these laws: (1) in his pre-Jan. 6th tweets (e.g., “All Mike Pence has to do is send them back to the States, AND WE WIN”); (2) in his Jan. 6th rally speech near the White House (e.g., “we fight, we fight like hell, and if you don’t fight like hell, you’re not going to have a country anymore”); and (3) through his failure to take action to stop the violence once the Capitol was breached by the rioters.

Constitutionally speaking, an especially important part of Judge Mehta’s 112-page, multi-issue opinion lands on page 23, when he turns to presidential immunity. In general, the Supreme Court has banned lawsuits seeking to obtain money damages against top government officials for actions taken in furtherance of their jobs. Judges can’t be sued for routine decisions they make, for example. For the federal judiciary, impeachment is the sole remedy even “if faithless, if corrupt, if dishonest, if partial, if oppressive or arbitrary.” For members of Congress, the Constitution itself enshrines immunity: Article I, Section 6 provides that “for any Speech or Debate in either House, they shall not be questioned in any other Place.” Prosecutors also enjoy immunity from civil liability for charging decisions and other acts within their core authority, including advocacy in the courtroom—even if it involves misconduct like coercing witnesses to lie or hiding evidence. For police officers, a lesser immunity—known as “qualified” immunity—applies, which protects them so long as the constitutional right violated was not “clearly established” at the time of the alleged misconduct, a standard that is extremely difficult for plaintiffs to meet.

But what about presidents?

Unlike for Congress, there is no express presidential immunity from suit in the Constitution’s text. In Nixon v. Fitzgerald, the Court held in 1982 that a fired federal employee could not sue President Richard Nixon for related damages because “petitioner, as a former President of the United States, is entitled to absolute immunity from damages liability predicated on his official acts.” Under this standard, the Supreme Court refused to find absolute immunity from Paula Jones’s civil lawsuit against President Bill Clinton for alleged sexual misconduct while governor of Arkansas; such acts were “unrelated to any of his official duties as President of the United States and, indeed, occurred before he was elected to that office.” But the courts haven’t had much occasion to further refine the scope of absolute presidential immunity.

The rationale for immunity is largely the same for all three branches: We want people to be able to do their jobs without fear that they can be routinely sued—because otherwise they just won’t do their jobs. The devil lurks in the details of what constitutes an “official act.” Unofficial acts don’t qualify. (Members of Congress, for example, are only protected by the Constitution’s Speech and Debate Clause when they act “in the sphere of legitimate legislative activity”—so that form of immunity likely would not protect members unlawfully involved in the Jan. 6th carnage.)

For his part, Trump argued that what he did and didn’t do on Jan. 6th were official acts within the scope of his constitutional duty to “take Care that the Laws be faithfully executed” and, more vaguely, to speak to the nation on matters of public concern, a role that Trump claims to be “within the outer perimeter of the Presidential office.”

Judge Mehta was mostly unpersuaded, ruling that Trump’s pre-Jan. 6th tweets and his Jan. 6th rally speech are fair game for civil liability, even for a former president. His rationale was multifold:

The court did hold that Trump is immune from Swalwell’s failure-to-act claim: “The President cannot be held liable for his failure to exercise his presidential powers, at least under § 1986.” So there’s that. That claim was dismissed.

Judge Mehta’s decision will be appealed to the U.S. Court of Appeals for the D.C. Circuit, and then to the U.S. Supreme Court, which will undoubtedly hear the case. It might even snatch the matter from the lower courts via its “shadow docket” addiction (as it did most recently by reinstating Alabama’s ostensibly gerrymandered electoral district map, which a three-panel court of judges, including two Trump appointees, determined violates the Voting Rights Act). Thompson would be a good case for immediate resolution. Trump could be president again in a scant three years. And in case he is, now is the time to make it clear that there are limits to what he can do—and consequences for ignoring them. 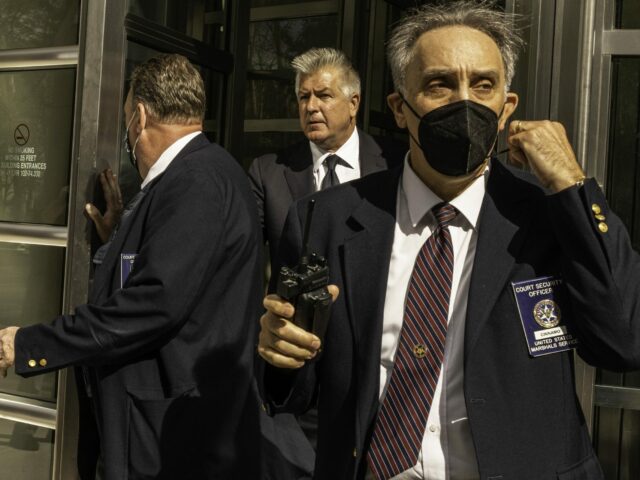 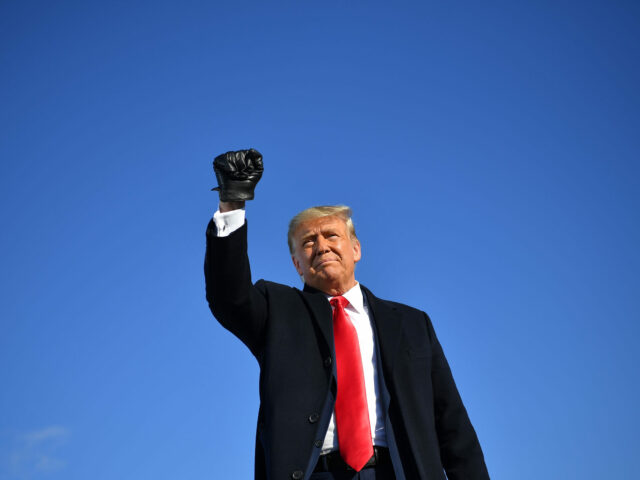 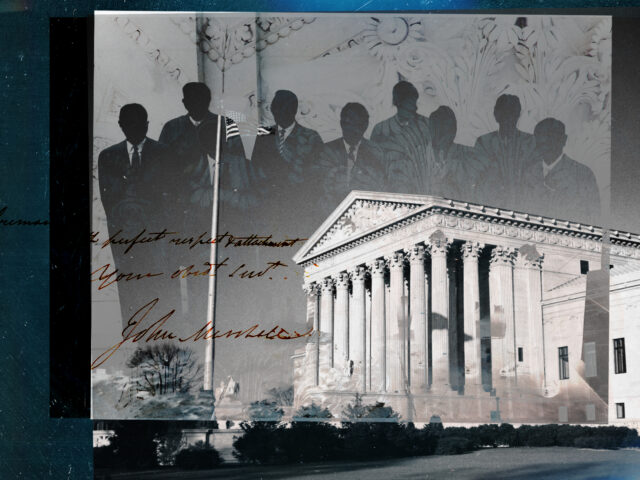 Why the First Supreme Court Impeachment Was the Last (So Far)