The new infrastructure could decisively shift the auto market—but it has gas station and convenience store owners worried.
by Paul Alexander
A 2013 Chevrolet Volt extended range electric vehicle being charged at CALSTART in Pasadena on August, 1, 2013. (Photo by Gary Friedman/Los Angeles Times via Getty Images)
Share on Facebook Share on Twitter Share via email Print

Last fall, the Biden administration announced a $900-million disbursement of funds to states as part of a previously announced five-year, five-billion-dollar plan to help construct a nationwide charging-station network to accommodate travel by electric vehicle (EV). The funds are from the Infrastructure Investment and Jobs Act, also known as the Bipartisan Infrastructure Law. The forthcoming construction will augment the comparatively modest existing EV infrastructure that has been built by a coalition of like-minded electricity-based companies.

To highlight the importance of the Bipartisan Infrastructure Law, the press has focused on projects like the reconstruction of the ramshackle Brent Spence Bridge connecting Covington, Kentucky with Cincinnati, Ohio, mostly because Joe Biden and Mitch McConnell provided a rare joint media appearance there to announce the project. However, the funds from the infrastructure law that can be truly transformative are those earmarked for the charging-station network. That’s because the creation of such an electric infrastructure, with 500,000 stations in rural and urban locations from coast to coast, will likely usher in nothing short of a revolution in transportation in America.

The funds distribution will be overseen by a joint office between the Departments of Energy and Transportation. The joint office’s efforts will enable up to 50 percent of new vehicles sold in the United States to be electric by 2030.

At present, there are 1.7 million EVs on the road in the country, but, with these new funding efforts, some analysts project that by the end of the decade that number could climb to over 26 million, representing approximately 10 percent of the nation’s 259-million light vehicle fleet. While the administration’s goal—EVs comprising half of new car sales by 2030—is ambitious, Ed Hirs, an energy fellow at the University of Houston, believes it is “doable,” mostly because a remaining concern about EVs voiced by consumers is the ability to travel moderate to long distances without running into trouble finding places to recharge their cars. Charging stations at home allow travel to and from work with ease, but what happens if one makes a trip of several hundred miles, like an interstate business trip or a family vacation? A nationwide charging-station network, according to Hirs, “will solve the mobility problem.”

Automakers appear to understand that reality. Ford Motor Company has boasted it will “lead America’s shift to electric vehicles” with the construction of two massive campuses in Tennessee and Kentucky; the company anticipates investing $50 billion in EVs through 2026. Kia aims to have eight EV models available in the United States by 2029; one new plant in Georgia will manufacture nothing but EVs. Volvo has announced plans to produce only electric vehicles, cars, and SUVs by 2030. And General Motors has committed to building one million EVs a year by 2030; by 2035, it anticipates discontinuing the use of the internal combustion engine.

“If you want to sell more EVs, you have to manufacture more EVs,” says Phillip B. Jones, executive director of the Alliance for Transportation Electrification, “and the U.S. automakers have committed tens of billions of dollars to do that. We have been addicted to oil, but we are moving to electric. It’s a fundamental shift in American society.”

Not surprisingly, Big Oil has noticed that the death grip it has maintained on the American consumer is now under existential threat, perhaps for the first time since it seized the personal transportation market a century ago. Gulf Oil opened the first gas station in 1913 in Pittsburgh, Pennsylvania; by 1920, oil companies had built 15,000 stations nationwide; but by 1930, that number had exploded to over 100,000. The creation of this national refueling network allowed Big Oil to control the personal transportation business for decades. There are 115,000 gas stations today—down from a national high of around 200,000 in 1970—and that number has started to shrink again as EV charging stations are being constructed.

“Taking personal transportation out of the hands of oil and gas and giving it to utilities makes sense,” says Casey DeMoss, the former executive director of the Alliance for Affordable Energy. “The cost per mile is significantly lower [by as much as 75 percent], and if we can continue our standard of living without poisoning ourselves, we should do that.”

Last year, in Florida, urged on by anti-electric trade groups, lawmakers proposed legislation that would prevent utilities like Florida Power & Light and Tampa Electric from having their customers pay for the cost of building charging stations—in a rate case, Florida Power & Light had won the ability to raise $175 million from ratepayers to construct charging stations—because such an arrangement posed an “unfair advantage” to private companies who wanted to build similar charging stations, although there did not seem to be any concerted effort to construct such a statewide charging infrastructure with private funds. Still, state legislator David Borrero complained that ratepayer funding “gives the investor-owned utilities a significant unfair competitive advantage over third parties like gas stations, or other electricity pump-station manufacturers, from being able to enter into the field.” The legislation died in committee.

Also last year, a coalition of gas station and convenience store owners made similar complaints against Xcel Energy in Minnesota when the utility asked state regulators for permission to raise $170 million from ratepayers to build a charging infrastructure. Ryan McKinnon of Charge Ahead Partnership grumbled that “it’s a sweet deal that they’re getting to be able to use ratepayer money to build the stations,” while Lance Klatt of the Minnesota Service Station and Convenience Store Association, calling Xcel “the 500-pound gorilla,” argued that “we just believe in a more open market approach and in competition.” Charge Ahead Partnership did not reply to a request for comment.

These varying coalitions across the country representing gas stations, convenience stores, and truck stops are attempting to halt expansion of a national charging infrastructure by blocking public utilities at the legislative and rate-commission level. That’s likely because they can see what the future holds. “Boston Consulting Group analysts,” Vox reported, “estimate that if EVs do take off, as much as 80 percent of the fuel retail market could be unprofitable by 2035. Should demand for gasoline completely disappear, many of the more than 100,000 [gas] stations throughout the country would be at risk of going out of business.” Hence the legal maneuvering to stop the electric infrastructure expansion. “The convenience stores and the truck stops are going to fight,” Casey DeMoss says, “and they are going to lose.”

The infusion of Bipartisan Infrastructure Law monies from the Biden administration will only intensify the battles waged against public utilities by the last vestiges of the oil and gas era. Who wins—the companies looking ahead or those desperately clinging to the past—will determine how the future will unfold for the electric vehicle. Some observers believe the EV movement should embrace—and project—the inevitable. As Ed Hirs puts it, “The old advertisement, sung by Dinah Shore, said, ‘See the USA in your Chevrolet.’ There’s something fundamentally American about getting in the car and driving to Grandma’s house. That’s what the electric vehicle industry needs to aspire to—and achieve.”

The Naysayers are Wrong. Fusion Will Change the World. 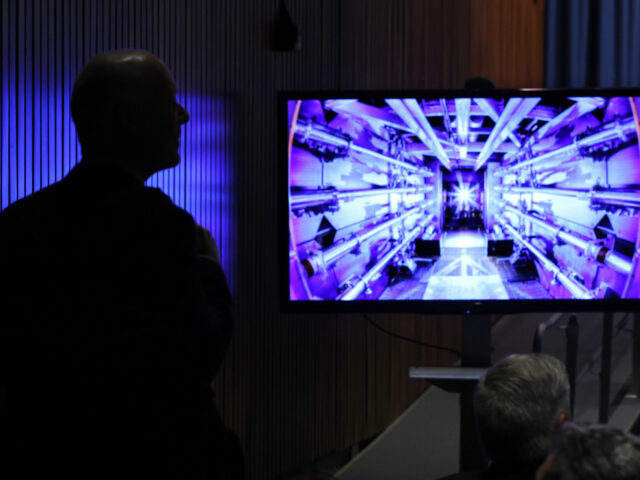