Doing too little is worse than doing too much—so Democrats should use reconciliation to pass pandemic relief that’s serious.
by Richard North Patterson
U.S. President Joe Biden speaks about the coronavirus pandemic in the State Dining Room of the White House on January 26, 2021 in Washington, DC. Also pictured at left is Jeffrey Zients, head of the Biden administration's COVID-19 task force. President Biden said his administration has secured commitments from vaccine makers Pfizer and Moderna to purchase another 200 million doses that will arrive this summer. (Photo by Doug Mills-Pool/Getty Images)
Share on Facebook Share on Twitter Share via email Print

The first—perhaps definitive—test of Joe Biden’s presidency is whether he can pass a meaningful relief package to address the economic wreckage wrought by COVID-19.

Senate Democrats lack the unanimity among themselves required to abolish the filibuster, let alone the ten Republican votes they would need to override one. That means using the arcane process of budget reconciliation to extract an acceptable compromise from an exceedingly complex ideological and legislative terrain.

Put simply, reconciliation enables legislation on fiscal and budgetary matters to pass the Senate by a simple majority—theoretically enabling 50 Democrats and Vice President Kamala Harris to enact legislation without a single Republican vote. That’s how Democrats passed the Affordable Care Act. But the process can be used on only one spending bill per year and one revenue bill per year.

The imperative to realize pandemic relief through this somewhat unwieldy mechanism faces a daunting political landscape. To start, the entire Democratic caucus must unite behind a common agenda, an improbability which suggests the need for some Republican support. Second, reconciliation does not cover some aspects of Biden’s plan—including, most likely, increasing the minimum wage.

Further, because reconciliation can be used only once a year, Democrats face some tough choices about how to prioritize the items for inclusion. Finally, the prospective need for Republican votes raises the specter of a reduced package insufficient to the demands of this moment—resurrecting Democratic frustrations with the diminished stimulus bill that Barack Obama extracted from Congress after the Great Recession.

Still, reconciliation could incorporate most of Biden’s proposals. Given that, Biden and Speaker Nancy Pelosi are reserving it as an option, while progressives like Bernie Sanders would invoke it now.

Doing too little, Federal Reserve Chairman Jerome Powell has warned, is a greater risk than doing too much. But the problems of constructing a serious package which would satisfy even a bare majority of senators are considerable.

Take the $1,400 checks to individuals. This proposal is attractive to most Democrats and even a few Republicans: As David Leonhardt points out, checks provide direct relief, and will be of greatest help to millions of Americans in desperate need.

But there are genuine objections supported by serious economists. Many recipients don’t need the payments and won’t spend them in ways that help the economy. Moreover, the federal dollars required could be reallocated to lower-income Americans, or appropriated to increase unemployment benefits, further prop up small businesses, or expand childcare.

A bipartisan group of senators and representatives is working with officials from the Biden administration to craft a compromise. But Republican moderates like Mitt Romney and Susan Collins object not only to the size of the relief checks but to the overall price tag for Biden’s proposal; placating them might satisfy centrists while alienating progressives and vitiating the economic impact of the legislation.

While it is theoretically possible to construct a bill that could pass the Senate with only Democratic support, the party’s centrists complicate the task. Moreover, such an outcome would contradict Biden’s goal of crafting bipartisan outcomes which, in theory, would engender a more cooperative legislative environment going forward.

Were all this not enough, the degree to which Biden and the Democrats succeed in using reconciliation to pass a truly impactful relief bill has profound implications for the president’s longer-term economic agenda.

Their fate will essentially define whether Biden achieves what has become his overarching goal: spurring an economic renewal which evokes that achieved by Franklin Roosevelt. Unlike FDR, Biden must thread the needle of a divided Congress and overcome the obdurate McConnell and a Republican caucus composed largely of obstructionists. Whether he succeeds in crafting a meaningful stimulus bill through reconciliation will augur much about whether he can achieve most, or even any, of what he hopes to accomplish as president—and, thereby, revive the confidence in democratic governance that America so badly needs.

Negotiating these conflicting ambitions and demands will be arduous indeed. But the bottom line for Biden is the same as for the economy and the country: He must achieve an outcome sufficient to the scale of this crisis, or face the prospect of long-term pain. 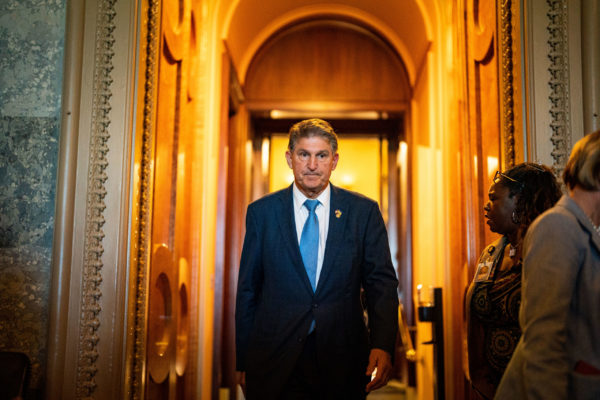 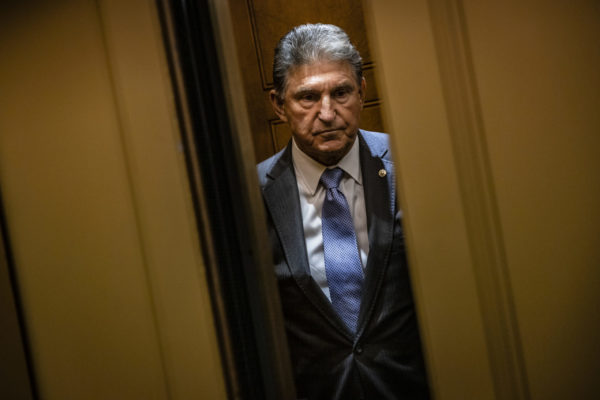 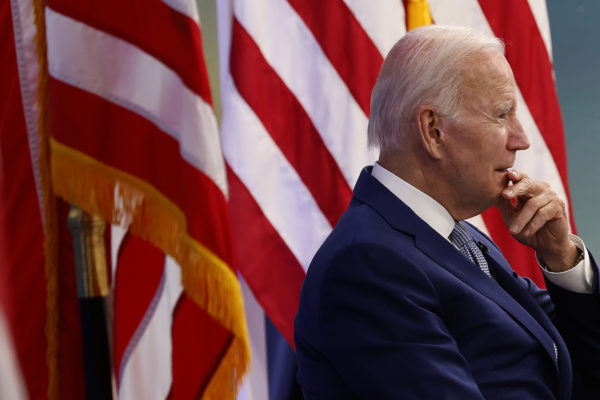