It’s true that if the assault had succeeded in reinstalling Bolsonaro, it would have overturned Brazilian democracy. But it’s not true that the assailants understood themselves or their mission as anti-democratic. Most of them, subjectively, were pro-democratic. They believed that Bolsonaro had won the election, and therefore, they were defending democracy, not attacking it.

This isn’t just a cute semantic distinction. It’s crucial to averting, or at least defeating, a new kind of insurrection against legitimately elected governments in advanced countries.

In a traditional anti-democratic coup, the military or the armed opposition seizes power in overt defiance of a previous election. But that isn’t what happened in the United States two years ago. Donald Trump summoned a mob to Washington and unleashed it on the U.S. Capitol not by calling for the overthrow of the government but by claiming, falsely, that he was the duly elected head of the government. He used fictitious allegations of election fraud to manipulate his followers. They stormed the Capitol believing that they were defending, not deposing, the winner of the election.

The uprising in Brazil was modeled, in part, on Trump’s rebellion. And given the success of both plots, in terms of mobilizing citizens and driving them to violence, it’s likely that insurrectionists in other advanced democracies will try the same thing.

In these countries, we don’t need to persuade most people that democracy should be respected. They already understand that. What we need to do is persuade them that the person who was certified as the winner of the election actually won it. This isn’t a fight over ideology. It’s a fight over information.

Brazil has a history of coups and authoritarian regimes. Bolsonaro didn’t capture the presidency that way—he legitimately won the country’s 2018 election—but he clearly has fascist instincts. In the past, he has explicitly advocated “dictatorship” and threatened to “perform a coup.”

Despite this history, he didn’t provoke Sunday’s revolt by enlisting a cabal of generals. He did it by deceiving and inflaming the public.

Like Trump, Bolsonaro has suggested for years that any election he lost could be explained only by fraud. He continued that line of propaganda in the months leading up to the Oct. 2 election and the Oct. 30 runoff. In fact, he was aided by Trump’s allies and former aides in the United States, who warned Brazilians to “watch those vote counts at 3 a.m.” and beware “suitcases coming out under tables.”

Researchers tracking internet use in Brazil found extensive evidence that these lies had taken hold by the time of the election. Fraud allegations promoted by Bolsonaro and his henchmen had permeated social media. Hashtags such as “election fraud” were circulating widely. Many Brazilians were searching for terms such as “rigged ballots.”

Offline, Bolsonaro’s propaganda showed up in polls and in interviews with his supporters. Three-quarters of them said they didn’t trust the country’s voting machines. They told reporters that because of rigged machines and backstage manipulation of ballot counts, any result other than a Bolsonaro victory would indicate fraud.

Two days before the runoff, the Times reported that “in interviews with more than 40 of Mr. Bolsonaro’s supporters in recent months, nearly all said they were worried about election rigging and were prepared to protest if he loses.” One man told the paper: “If our president isn’t elected, everyone goes to Brasília.” After the runoff, Bolsonaro’s partisans blocked roads and protested outside military bases, sometimes holding signs that said—in English—“Stolen Election.”

Videos and interviews from this week’s insurrection show the same myths and slogans. In one scene, protesters stood atop Brazil’s congressional building with a banner that said, “We want the source code.” That’s a reference to the popular conspiracy theory that hidden code was planted in the country’s voting machines to cheat Bolsonaro.

One protester told the Times that “Donald Trump was taken out with a rigged election” and that Bolsonaro was being “taken down” the same way. Another said he and his comrades had gone into the country’s presidential offices to find “source code” documents that would show Bolsonaro was the legitimate president.

These false beliefs about the election don’t excuse the violence committed by Bolsonaro’s supporters. Nor do they excuse the failure of Brazilian authorities to prepare for and thwart the attack. But they do indicate that our response to the insurrection in Brazil—and also, to some extent, the insurrection in the United States—should focus less on democracy and more on disinformation.

In a statement after the Brazilian revolt, the White House emphasized the “unwavering support of the United States for Brazil’s democracy.” National Security Advisor Jake Sullivan declared that “there is absolutely no doubt about where President Biden or the United States stands on this assault on democracy.” The United States, Mexico, and Canada reaffirmed their “commitment in favor of democracy” and pledged to “defend democratic values” and “support the free will of the people of Brazil.”

The best way to do that isn’t to issue statements in support of democracy. It’s to back up Brazil’s electronic voting machines with paper ballots. As the Times points out, Brazil “is the only country in the world to use a fully digital system, with no paper backups.” That “makes it difficult to audit an election,” and Bolsonaro “has framed that lack of paper backups as a vulnerability that throws any election into question.”

Adding paper ballots won’t stop Bolsonaro or other demagogues from lying about fraud. But it will make it that much harder to sell their lies. And the same principle applies to the United States and other vulnerable countries. Every step we take to make election results verifiable will help citizens discern who’s telling the truth and who’s lying. It will save some of them, at least, from attacking democracy in the name of saving it. 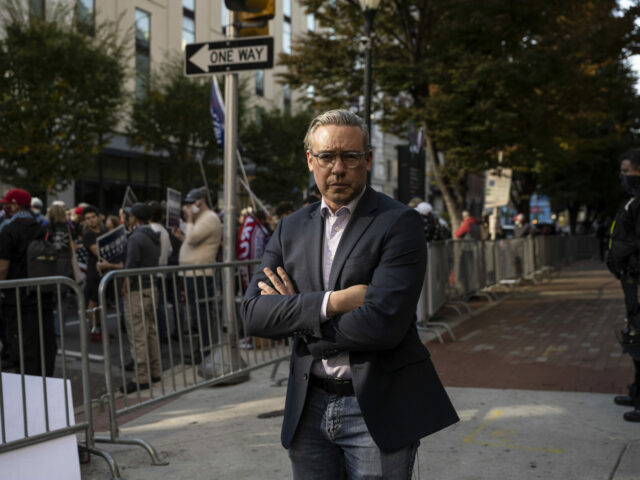