Republicans don’t want to go on the record on the legislation until after the midterms.
by Tim Miller
Could SCOTUS Come For Gay Marriage Rights Next? | Not My Party with Tim Miller
Share on Facebook Share on Twitter Share via email Print

Tim Miller: Could gay marriage really still be up for debate in 2022?

Miller: This is “Not My Party,” brought to you by The Bulwark. You’d think everything would be turning up rainbows these days. Timmy’s out there slaying in backless pantsuits. Ru’s gone global. Hell, even Peppa Pig is getting some lesbian polar-bear action.

Miller: But despite—or maybe because of—the gays’ cultural hegemony, it’s been a dicey summer politically for my girlies. In Florida and other red states, schools are cracking down on books with gay characters, banning gay history lessons, and even outing students to family members to comply with the vague Don’t Say Gay laws.

Miller: The monkeypox outbreak stymied the sex parties. And the Biden administration’s vaccine response was rocky at best.

Newscaster (voiceover): There’s simply not enough [monkeypox] vaccine for even the most vulnerable communities, and the Biden administration has really gotten into a lot of criticism and heat over this.

Tina Belcher (from Bob’s Burgers): Didn’t we just do this?

Miller: And in D.C., following the overturn of Roe v. Wade and Clarence Thomas’s dickish ruling [concurring opinion], concerns are rising about the status of Windsor and Obergefell, the Supreme Court rulings that protect gay marriage laws.

Now while I’m kind of dubious the Court would actually nullify gay marriage, it’s not crazy to be concerned. All right, check this out. Three members of the current Court opposed Obergefell back in 2015: Alito, Thomas, and Roberts. Now Roberts has tended to be more moderate and respect precedent, but even if he flips, it would still only take the three Trump-appointed justices to join Thomas and Alito to overturn Obergefell.

Miller: So while going backwards on gay marriage might seem batshit crazy, it’s not impossible.

Dustin Henderson (Gaten Matarazzo on Stranger Things): It should be.

Miller: So to respond to that threat, the House of Representatives passed the Respect For Marriage Act, with all the Democrats and even 47 Republicans voting in support.

Miller: That bill would repeal the 1996 Defense of Marriage Act, known as DOMA, which barred the federal government from recognizing same-sex marriages. So if the Respect For Marriage Act passed the Senate, that would mean existing gay marriages, like mine, would be safe and recognized by the government.

Bart Simpson (from The Simpsons): That’s the best you can do?

Miller: But it would still not force states to issue same-sex marriage licenses, if Obergefell is ever overturned by the Supreme court.

Miller: So to break the filibuster and actually get this passed in the Senate, the bill would need ten Republican votes. In last week’s episode, Chris Murphy told me he expects to get that:

Murphy: I think Republicans know which way history is moving on this and they know that this will be their one opportunity to do the right thing. . . . I think we’re going to get ten Republicans.

Miller: But after our conversation, Tammy Baldwin, the first openly gay person elected to the Senate, announced that they’re going to wait on holding a vote.

Dusty Crophopper (from Planes): Run that by me one more time.

Miller: Here’s why. It’s been reported that Republicans said they would deliver the ten needed votes, but only after the midterms, in the lame-duck session of Congress.

Miller: My take? Fuck that. Call their bluff, Tammy. Make these assholes vote on protecting gay marriage before the election. I suspect there’s a good chance those 10 votes would magically appear. And if they didn’t, it might be okay for them to experience some political pain. Take Ron Johnson. He’s facing a tough re-election fight this fall against Mandela Barnes. And recently reversed his position from pro- to anti-gay marriage to appease the GOP base.

Runt of the Litter (from Chicken Little): Sorry, I’m a gutless flip-flopper.

Miller: This is insane. Generally when politicians flip-flop, they move from an unpopular position to a popular position. Old RonJon is doing the reverse cowgirl. Gay marriage has 71 percent support in this country.

Principal Skinner: Am I so out of touch? No, it’s the children who are wrong.

Miller: If limp Johnson and the other GOP senators want to try to block it, let them experience the consequence of that vote. Gay families deserve the same protection that Johnson has. And we shouldn’t have to hope and pray that Republicans will live up to their back-room deal when we get to a lame duck. In politics, anything can happen. So let’s hold this vote soon.

Miller: And we’ll see you next week for more “Not My Party.” 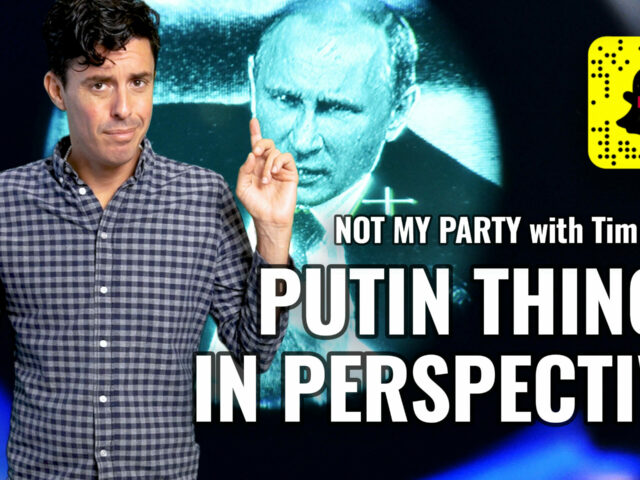 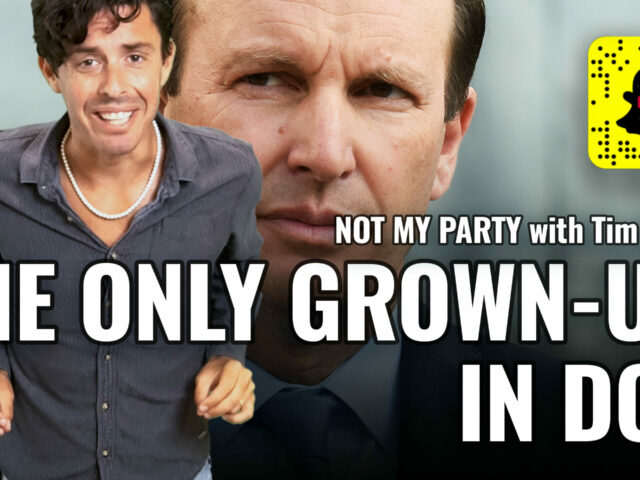 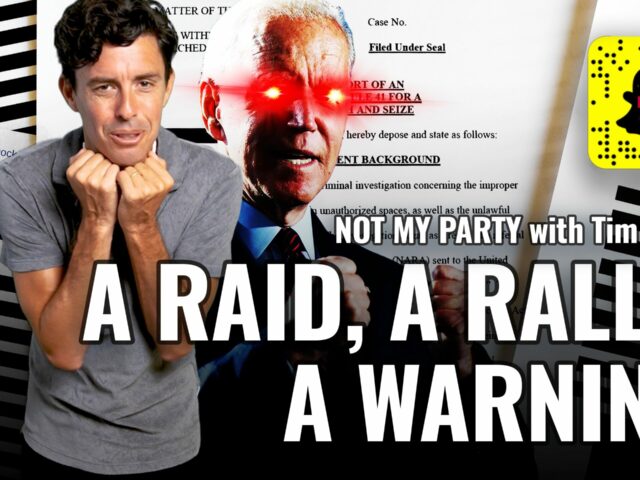