The critique and recommendations in a new GAO report merit a more serious, substantive response.
by Kimberly Wehle
The sun begins to hit the dome of the U.S. Capitol on the morning of January 17, 2021 in Washington, DC. After last week's riots at the U.S. Capitol Building, the FBI has warned of additional threats in the nation's capital and in all 50 states. According to reports, as many as 25,000 National Guard soldiers will be guarding the city as preparations are made for the inauguration of Joe Biden as the 46th U.S. President. (Photo by Samuel Corum/Getty Images)
Share on Facebook Share on Twitter Share via email Print

On Monday, the nonpartisan Government Accountability Office (GAO) issued a report that addresses a glaringly open question on the minds of anyone who witnessed the events of January 6 unfold on television: Where the hell was the law enforcement presence as a violent mob invaded the Capitol?

Those who have visited or lived in Washington, D.C., since at least September 11, 2001, are accustomed to seeing large numbers of law enforcement officers, often heavily armed and armored, around government buildings, museums, monuments, and public events, such as inaugurations, fireworks, festivals, and protests. So it was shocking to watch the small line of Capitol Police and D.C. Police struggling against the mob on January 6. How is it that the mob was not met with immediate and overwhelming force?

The GAO report is deeply troubling, not only because it paints a picture of Keystone Cops-like incompetence and negligence, but because the primary agencies that GAO identifies as needing reform—the federal Department of Homeland Security (DHS) and the District of Columbia’s Homeland Security and Emergency Management Agency—responded to the report’s release by defiantly pointing fingers elsewhere.

The report opens with a stark reminder of why the topic needs attention:

In the months leading up to the attack on the U.S. Capitol on January 6, 2021, there were reported efforts to organize large groups of protestors to travel to Washington, D.C., to dispute the outcome of the 2020 presidential election. Over the course of about 7 hours on January 6, the attack on the U.S. Capitol resulted in assaults on approximately 140 police officers, including about 80 U.S. Capitol Police and about 60 from the Metropolitan Police Department, and about $1.5 million in damages, according to information from the Department of Justice and the U.S. Capitol Police. In addition, the events of the day led to at least seven deaths. Questions have been raised about the extent to which necessary steps were taken to adequately secure the Capitol Complex, and share intelligence information.

It turns out that there were two mechanisms already in place for staving off massive chaos in advance of such events, which would have “bolster[ed] security-planning processes and coordination between federal, state, and local entities” as well as “coordination of protective antiterrorism measures and counterterrorism assets.” First, DHS can designate a “National Special Security Event” (NSSE). Second, it can designate a “Special Event Assessment Rating” (SEAR). Either can be requested by a federal official or by the D.C. government, as happened for events like the D.C. funeral of the late Justice Ruth Bader Ginsburg, just three months prior, and a “Trumpfest” rally in West Palm Beach, Florida, in 2019 and 2020.

But nobody sought either designation in advance of January 6, even after President Donald Trump tweeted on December 19: “Big protest in D.C. on January 6th. Be there, will be wild!”

According to the GAO, an NSSE “is a government or privately sponsored event or gathering of national significance that receives special security provided by federal agencies,” including “the full protective, incident management, and counterterrorism capabilities of the federal government, given the potential for the event to be a target by foreign or domestic terrorists.” Once an NSSE is designated, the Secret Service takes over “lead responsibility” for planning and implementing security. NSSEs are routinely used for presidents’ State of the Union addresses, inaugurations, the opening of the U.N. General Assembly, and Democratic and Republican national conventions. From 2017 to 2021, there were a total of thirteen NSSE events, eight of which occurred in Washington.

By contrast, a SEAR event is one that’s typically preplanned by a state or local jurisdiction, although a working group that includes DHS and the FBI is responsible for identifying a SEAR event and assigning a risk level from 1 (highest, for “events of significant national or international importance”) to 5 (lowest, for “events [that] may be nationally recognized but generally have only state/local importance”). In addition to Trump rallies and RBG’s funeral, SEAR events have included the Super Bowl in Florida, the July 4 fireworks and parade on the National Mall, and the capital’s National Cherry Blossom Festival.

In a letter dated August 6, 2021 responding to a draft of the GAO report (and appended to the final report), DHS official Jim Crumpacker asserts that the much-anticipated protests on January 6 qualified for neither NSSE status nor a SEAR designation. Hear that again: D.C.’s cherry-blossom festival, which attracts thousands of visitors leisurely pushing strollers and snapping photos under a pink canopy of petals, is considered more needing of additional security than Trump’s “Be there, will be wild!” cattle call to descend on D.C. to “stop the steal” of a legitimate presidential election.

As the GAO report notes, officials fully anticipated three separate events on January 6: “(1) a non-permitted protest at the Capitol, (2) a scheduled presidential rally at the Ellipse, and (3) a joint session of Congress to certify the election results.” But astonishingly, the protest and subsequent attack on the Capitol evoked a collective yawn because, according to DHS officials interviewed by GAO, “Park Service officials who managed the permitted rally at the Ellipse stated that they asked the permit holder whether there was a planned march to the Capitol, and the permit holder said there was not.” Problem solved!

As for the Trump pre-planned rally, which qualified as an NSSE or SEAR because of “federal participation, attendance by the President, a sizeable crowd, and anticipated media coverage,” DHS points to “other recent presidential rallies in the Washington, D.C. area, such as the Make America Great Again (MAGA) events that occurred in November and December 2020,” and notes that no local or federal authorities asked for SEAR designations for those. The problem is, as the report notes, that other MAGA rallies did get SEAR protections, and Congress wasn’t even meeting to count Electoral College votes on those occasions.

As for the third event—the constitutionally sacred vote certification by a joint session of Congress, which Vice President Mike Pence formally oversaw and which, as the report notes, “was the subject of threats on social media”—Secret Service officials told GAO “that the joint session would not normally meet the criteria for an NSSE designation because it was considered routine congressional business, rather than a special event.”

To be fair, one might argue that the horrors of January 6 were unimaginable beforehand, that hindsight is 20/20, and that the NSSE/SEAR designations fell through the bureaucratic cracks. But the point of this exercise is to do better next time. To that end, GAO makes two modest recommendations in the report. First, “consider whether additional factors, such as the context of the events and surrounding circumstances in light of the current environment of emerging threats, are needed for designating NSSE events.” Second, update DHS’s “policy to clarify and communicate the process for requesting an NSSE designation for an event held on federal property in Washington, D.C.”

DHS’s formal response to both of these common-sense proposals is a jaw-dropping “Non-Concur.”

According to the DHS letter, the suggestion that the current process is insufficiently flexible is a “flawed premise,” as the process already takes into account “context, current environment, and emerging threats” in deciding on NSSE designations. As for an FBI report dated January 5, 2021, warning of the January 6 threat, DHS replies: “The simple fact is that sufficient time would not have been available to address this or any other intelligence received on January 5, 2021, through the NSSE process.” It goes on to pass the hot potato back to the beleaguered U.S. Capitol Police “to use the standard approach of law enforcement.” Cold comfort, indeed, especially for the families of the individuals who lost their lives in connection with the chaos and carnage that day.

Oh and one more thing: According to DHS, it’s D.C. Mayor Muriel Bowser who dropped the ball. Her claim that she didn’t fully understand the NSSE process “appears to be factually inaccurate.” In sum, “DHS requests that GAO consider this recommendation resolved and closed.”

As for the GAO’s second suggestion, that the Secret Service update and clarify its process for requesting an NSSE designation so folks like local mayors don’t mess up again, DHS responds that “Secret Service policy is internal,” i.e., secret, so clarification wouldn’t make its way to outsiders anyway. So again, “DHS requests that GAO consider this recommendation resolved and closed.”

If this nonsense makes you irate, you are not alone. It’s one thing to make mistakes. It’s another to refuse to address them, with so much at stake, including the security of the entire U.S. Congress and the vice president, and the viability of American democracy—not to mention lives lost and lives damaged forever. While the author of the DHS letter is a civil-service employee and not a Biden political appointee, the current president would presumably agree that the buck ultimately stops with him. Given the singular gravity of the Capitol insurrection, the Biden administration should have ensured that the department delivered a better, more substantive response to this critically important report. The Biden administration can, and must, do better. 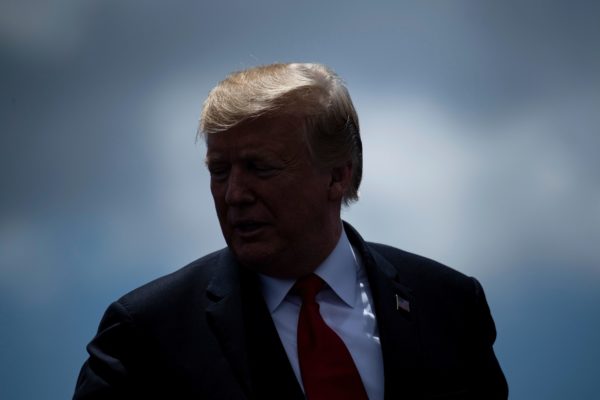 The Six Main Strands of the Trump Coup Attempt 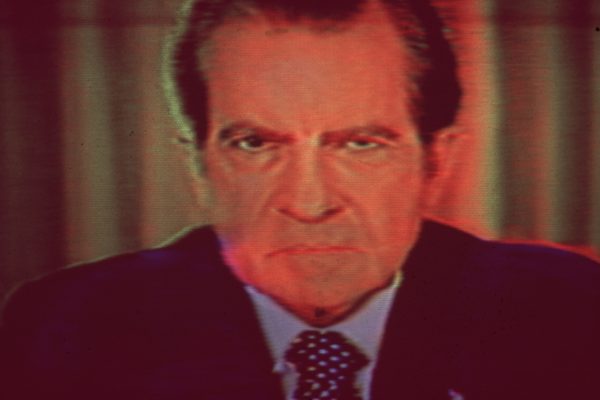 To Crack Open the Big 2020 Election Scheme, Start by Prosecuting the Fake Electors 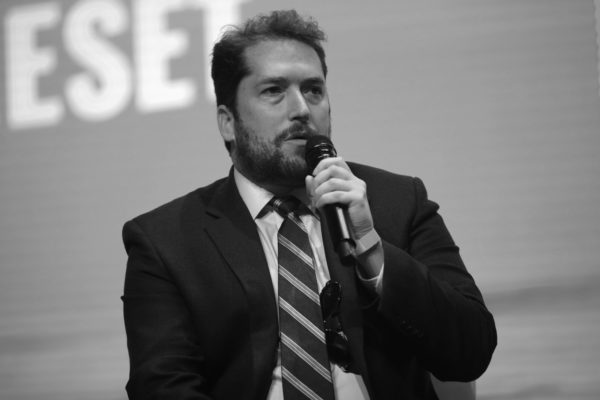 Even as His Big Conspiracy Theory Crumbles, Darren Beattie’s Star Continues to Rise in Trump World