After the 2020 election, Donald Trump’s legal activists went to great lengths concocting scenarios about how ballots might have been compromised. In the last few weeks, however, new reporting has revealed that it was Team Trump itself that was tampering with election infrastructure. And their attempts to breach the system went on for months after Trump left office.

The “fraudit” that dragged on last year as the incompetent Cyber Ninjas bumbled around Arizona almost seems like a professional operation compared to these previously undisclosed, under-the-radar efforts undertaken by Trump supporters in other states. Although clumsy, these maneuvers were remarkably nefarious.

For the most part, they were pretty easy to carry out, too.

“We scanned every freaking ballot,” Georgia businessman and MAGA activist Scott Hall said in a 2021 phone call. (A recording of the call has been filed to the Fulton County court.) Hall recounted how he chartered a plane of data experts to examine machines in Coffee County, Georgia. Trump won the county by 40 percent, but Trump supporters wanted to prove how the systems could be manipulated, not necessarily that the results in Trump-winning counties were false.

Hall went on, “I keep saying, guys, all of that effort, you know, the same people who went up to Michigan and did all that forensic stuff on the computers, and they sent their team down to Coffee County, Georgia, and they scanned all the equipment, imaged all the hard drives, and scanned every single ballot. You know, absentee in-person, in-person, and absentee by mail, and have gotten no feedback.”

“They imaged the hard drives?” the woman who recorded the phone call, Marilyn Marks, asked incredulously.

“How in the world did you get permission to do that?” Marks asked.

Hall explained: “We basically had the entire elections committee there, okay, and they said, ‘We give you permission, go for it.’ So they went there and imaged every hard drive of every piece of equipment, you know all of the poll pads, everything.”

The CEO of the data solutions company SullivanStrickler, Paul Maggio, backed up Hall’s account. Maggio sent an email to Trump lawyer Sidney Powell on the morning of January 7, 2021 to notify her that his team was “on our way to Coffee County Georgia to collect what we can from the Election/ Voting machines and systems.” He later said things were “going well.” The Washington Post reported Powell contracted with SullivanStrickler for as much as $26,000 per job.

Neither the attack on the U.S. Capitol nor Congress’s official certification of Joe Biden’s victory slowed them down.

Remember that during the post-election interregnum, Team Trump lawyers were cooking up and digesting their own garbage—creating conspiracy theories about the stolen election, and then becoming convinced that those theories were true—and were desperate to get their hands on voting machines to find evidence. They almost convinced Trump to issue an executive order on December 16, 2020 that would have directed the defense secretary to seize voting machines. And while that order was ultimately never issued, the new reporting suggests that Team Trump’s rogue non-government lawyers—led by Powell and Rudy Giuliani—were successful in this entirely different scheme to confiscate election data that played out long after Trump left office.

According to the Washington Post, SullivanStrickler workers traveled not just to Georgia but also to Nevada and Michigan at the direction of Trump’s lawyers and later shared data with Trump allies, including a guest on Sean Hannity’s radio show.

As Hall explained, it wasn’t difficult for SullivanStrickler to obtain the data. In Georgia, former Coffee County elections supervisor Misty Hampton said she was happy to admit Hall and others into her office. She previously recorded a viral video that purported to show flaws in Dominion Voting Systems machines and said she wanted help verifying “that this election was not done true and correct.”

Hampton’s actions and remarks suggest she had utter disregard for the integrity of the election equipment. She provided unsupervised access to the system because, as she said, “I’m not a babysitter.”

“I don’t see why anything that is dealing with elections is not open to the public,” Hampton told the Post. “Why would you want to hide anything?”

A similar scheme played out in Michigan. The Michigan attorney general’s office recently laid out the findings of a criminal investigation into allegations about unauthorized third parties gaining access to tabulation machines between March 2021 and June 2021.

In a letter to Michigan Secretary of State Jocelyn Benson asking for the appointment of a special prosecutor to take over the probe, the attorney general’s office said local election supervisors received calls from a state representative asking them to turn over township tabulators to “investigators.” In one case, “The representation was made that Person 1 was acting on behalf of the Sheriff’s Department and asked her to cooperate with him.” A handful of clerks obliged and agreed to deliver the tabulators.

A separate petition to the Michigan Prosecuting Attorneys Coordinating Council says that tabulators were taken to “hotels and/or AIRBNB’s” where people broke into the machines and performed “tests” on the equipment and printed “fake ballots.” The letter to Benson also said that in some cases, tabulators were handed off at a carpool lot off a highway exit and in the parking area of the Great Lakes Crossing shopping mall.

Michigan Attorney General Dana Nessel is asking for that special prosecutor because her Republican opponent in this coming November’s election, Matt DePerno, is implicated in the scheme—in fact, he is at the very center of it.

DePerno became prominent in MAGA activist circles after the 2020 election when he led a self-appointed “Election Lawsuit & Investigative Team” in Michigan’s Antrim County. Reuters linked DePerno to one of the seized tabulators by matching the serial number of the machine to a publicly released report written by one of DePerno’s allies. According to Reuters:

The photograph showed a printed record of a vote tabulator activity, including a string of ten-digit numbers. Reuters confirmed that those numbers matched the serial number of a Richfield [Township, Michigan] vote tabulator through public records obtained from the township. State officials had previously identified Richfield as the site of a voting-equipment security breach.

The Michigan AG’s office said that improperly accessed tabulators suffered damage and “should not be used in any future election.” Likewise, election equipment necessitated decommissioning in Arizona and Pennsylvania after MAGA activists damaged equipment in pursuit of their ill-fated election audits.

Meanwhile, as the inquiries in Michigan and Georgia continue to play out, a Trump-aligned county clerk in Mesa County, Colorado, has been indicted and is facing trial for tampering with election equipment and misconduct.

Tina Peters and her deputy Belinda Knisley are accused of copying election software in the spring of 2021 as part of an effort to prove fraud in the 2020 election. Peters has remained defiant and ran for secretary of state, losing her primary and then raising and spending $250,000 on a recount that just confirmed her defeat.

As her legal and political ordeals threw her into the spotlight, Peters became something of a MAGA star, boosted by high-profile surrogates such as Mike Lindell. She told Colorado Public Radio, “If I have to be controversial to get the truth out, I’m not afraid of that. And that would make me dangerous, ‘cause I’m not afraid.”

Her dangerous, fearless attitude is about to be tested. Last week, Knisley agreed to a plea agreement to testify against Peters in exchange for no jail time.

SullivanStrickler, the tech company that did all this work for Team Trump, claims it did nothing wrong in Georgia, Michigan, or Nevada, saying in a statement to the Washington Post that it had “no reason to believe that, as officers of the court, [the Team Trump] attorneys would ask or direct SullivanStrickler to do anything either improper or illegal.” We shall see whether that “we were just following orders” defense holds water.

And what about those “officers of the court”? We’re still some way off from any resolution to the investigations into the potential wrongdoing of Trump’s attorneys.

In Georgia, Trump’s top personal and campaign lawyer, Rudy Giuliani, is a criminal target in the Fulton County district attorney’s broader investigation into Trump and his allies’ alleged election interference in the state. Investigators are also seeking further testimony from other high-profile Trump lawyers, such as Sidney Powell, Cleta Mitchell, and Jenna Ellis, as well as former Trump chief of staff Mark Meadows and Republican Sen. Lindsey Graham.

Moreover, none of this speaks to the congressional investigation led by the House January 6th Committee or the ongoing criminal investigation conducted by the Department of Justice. The post-2020 election saga had so many strands that it may take years to cut through all the tangles of deceit. 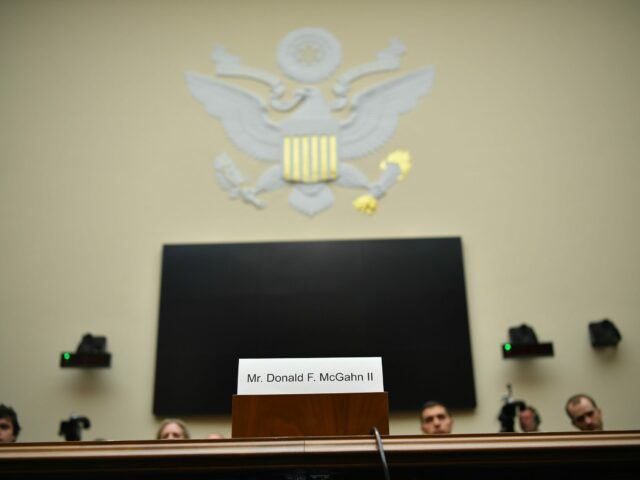