It’s better for children if their parents are involved in their decision to transition—or not.
by Mona Charen
A child holds the Transgender Pride flag during a Pride march. (Photo by Luis Soto/SOPA Images/LightRocket via Getty Images)
Share on Facebook Share on Twitter Share via email Print

Imagine that you are the parent of a 15-year-old girl and discover that her school has been concealing her daytime behavior from you. Your daughter has joined a far-right Mormon spin-off cult, believes in plural marriage, has spoken of dropping out of school to get married, and declines to participate in physical education because wearing gym clothes violates her religious beliefs. Is it possible to imagine that any public school would keep parents in the dark in a case like that?

Of course not. Because teachers, counselors, and administrators would be certain that parents should be involved in something so potentially momentous for their daughter—even if she preferred not to confide in them.

Yet, as the New York Times and others have recently reported, schools across the nation are keeping even weightier information from parents—namely, that their children are transitioning to the other sex during the school day and that teachers and others are referring to the student by a different name and permitting him/her to use the bathroom and locker room of the opposite sex. Jessica Bradshaw, one of the parents profiled by the Times, recounted that her daughter had been treated as a male at school for six months. Bradshaw only discovered it when she noticed an unfamiliar name on the teen’s homework. School officials explained that district and state policies required them to respect his privacy. “There was never any word from anyone to let us know that on paper, and in the classroom, our daughter was our son,” Mrs. Bradshaw said.

This is happening around the nation. Eighteen states along with Puerto Rico and the District of Columbia have adopted guidelines mandating inclusion and affirmation of students who say they’re trans. In some cases, teachers have used a student’s trans name at school but reverted to the kid’s “dead name” when talking with parents. A Northern California mother was stunned to discover that her sixth-grader’s school had been treating her child as trans for two years without her knowledge. “Basically, I was the last one to find out. They were all saving my kid from me.”

That’s the planted assumption of these policies—that children need protection from their parents. While there are circumstances in which parents are so violent or unstable that they might represent a threat to the child’s welfare, should that be the default assumption? Most parents love their children and try to do what’s best for them. That’s a constant of the human experience. As for teachers and school officials, they may care about kids, but they have other motives, like trying to navigate a bewildering landscape of changing identities without running afoul of formal or informal rules. And they cannot be immune to the worry that if they step on the third rail of trans issues, they will be on the wrong side of this decade’s hottest culture war. While school officials may think they’re doing what’s best for kids by keeping transitions hidden from parents, they don’t have remotely the same interest in any particular student. Next year, the teachers will have another class, but the parents will still be the parents.

Bradshaw’s case is instructive. Her teen had previously been diagnosed with ADHD, autism spectrum disorder, and PTSD. The child had suffered from severe loneliness during the pandemic and seemed to be struggling with who he was, and had, the Times reports, “repeatedly changed his name and sexual orientation.” Did the school know about this? Were teachers and administrators qualified to make decisions without parental knowledge that put that kid on a path that might be irreversible?

Advocates for “gender-affirming care” are vigilant, potent, and feared, trashing anyone who raises questions about rushing into transition as hatemongers who are attempting to “erase” trans people. But their campaign to stifle debate is ebbing. The Atlantic ran a sympathetic account of detransitioners, i.e., patients who’ve regretted sex changes and sought to restore their natal identity. Both of the authors are trans themselves. The New York Times Magazine also ran a piece highlighting competing views within the medical community about how best to handle the explosion of young people saying they think they’re trans, and acknowledging that social contagion may indeed be at work.

The Times also reported on the controversy (yes, there is a controversy) about the use of puberty blocker drugs in children. The Washington Post, noting the pattern of schools withholding information about students’ social transitions from parents, quoted Erica Anderson, a transgender woman and former president of the U.S. Professional Association for Transgender Health, to the effect that failing to notify parents is a form of malpractice: “If there are issues between parents and children, they need to be addressed. It’s not like kicking a can down the road. It only postpones, in my opinion, and aggravates any conflict that may exist.” And New York magazine’s Jonathan Chait chastised enforcers on the left who attempt to cow mainstream journalists on this topic:

The purpose of their rhetorical strategy is to conflate advocates of more cautious treatment of trans children with conservatives who oppose any treatment for trans children. This campaign has met with a great deal of success. Much of the coverage in mainstream and liberal media has followed this template—ignoring or denying the existence of the medical debate, and presenting anti-trans Republican politicians as the only alternative to gender-affirming care. This has been the theme . . . of mainstream organs like Politico and CNN, where coverage of the issue often treats progressive activists as unbiased authorities and dismisses all questions about youth gender treatment as hate-driven denial of the medical consensus.

It’s healthy that the suppression of competing views on this subject is starting to subside, because, as independent journalist Jesse Singal has indefatigably reported, the research on puberty blockers, cross-sex hormone treatment, and other aspects of the affirmative treatment model is actually quite weak. Several European nations, including France, Sweden, and Finland, have drastically limited treatment with puberty blockers, and the largest transgender clinic in Great Britain has been closed due to controversy about unprofessional standards.

Though advocates and credulous media personalities like Jon Stewart and John Oliver have portrayed puberty blockers as a benign “pause button” to permit children to figure things out, recent experience suggests that they are the first phase of an assembly line that leads nearly inexorably to social transition, cross-sex hormones, and surgery. Britain’s National Health Service has warned that “gender incongruence . . . may be a transient phase,” and yet the overwhelming majority of children treated with puberty blockers go on to all of the other aspects of transition. This should not be taken lightly. In many cases, it means a lifetime of being unable to achieve orgasm, and in nearly all cases it means sterility. Lifelong use of hormones may increase risks of heart disease and cancer. Male to female transitioners have suffered from severe bone loss. And for adolescents who later change their minds, the physical changes wrought by testosterone—facial hair, lower voice—are irreversible, to say nothing of the removal of breasts. For children with true gender dysphoria, these trade-offs may be worth it, but for depressed or anxious teenagers who’ve been influenced by YouTube videos or friend groups to think they might be trans, it’s worrying in the extreme.

Many of the teenagers who present as trans have other issues—especially autistic spectrum disorder, depression, and anxiety. It can be tempting for the patient to latch on to the trans identity, imagining that solving that will alleviate the other problems. But if gender dysphoria is not the primary disorder, drastic interventions would be a terrible mistake. It’s up to careful clinicians to tease out what’s really going on with the patient before issuing a diagnosis or prescribing life-altering drugs. Also, a significant number of kids who declare a trans identity as teenagers rather than as children realize, with time, that they’re actually just gay.

It is fully possible for two things to be true: 1) that there are people with gender dysphoria who will lead happier lives as the other sex, and 2) that we are in midst of a fad that is sweeping up many kids who are not truly trans and will have their lives blighted by teachers, school administrators, physicians, and others too bulldozed by political fashion to evaluate their individual cases carefully. The sooner we come to terms with the latter, the better. 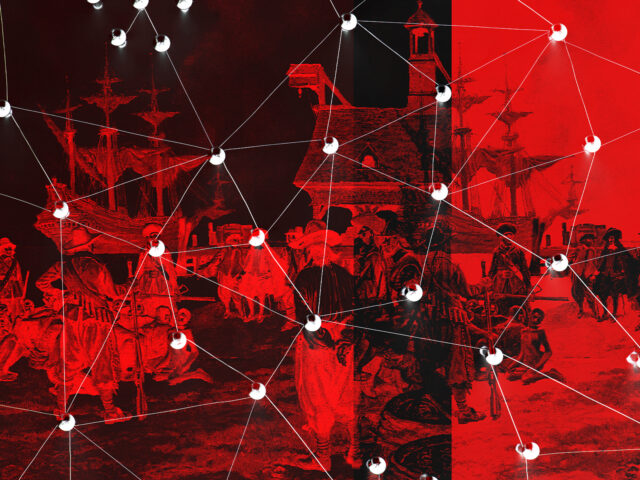 Do Americans Even Know How to Agree?