The late mayor of Chicago, Richard Daley (the first Mayor Daley) when asked to comment on the fact that the Lord Mayor of Dublin was Jewish, is reputed to have said, “only in America.” There is nothing in the public record to suggest that he ever met Madeleine Jana Korbel Albright, but he might as well have been talking about her.

Madeleine was a true child of the 20th Century. A refugee from both Nazism and Communism who became first an American and later the nation’s most senior female official up to that time. She was a trailblazer as the first woman to break the glass ceiling and serve as secretary of state (soon to be followed by the first African-American and two more women). She was also perhaps the most colorful secretary of state in recent memory with a great ability to charm her interlocutors. She was someone who excelled at the performance art that goes into being the nation’s senior diplomat.

I had the opportunity to work with Secretary Albright in a variety of capacities over the past 30 years, most recently on the Defense Policy Board, whose chairmanship she assumed in December of last year. As a result I got to see her remarkable personality and skills on display in multiple settings.

My first meeting with her demonstrated the fact that she approached foreign policy with strong partisan convictions. I shared a dinner table with her at the U.S. Embassy in Moscow in 1989, shortly after the inauguration of George Herbert Walker Bush. I was a foreign service officer at the embassy and she was a member of a bipartisan delegation visiting the Soviet Union. I knew that she had been an active surrogate for Michael Dukakis and that she had, during the campaign, debated Condoleeza Rice (who was playing a similar role for then Vice President Bush.) In one of the many serendipities of life, Rice was a distinguished graduate of the international relations school named after Madeleine’s father and would succeed her in a few years’ time as the first African-American woman secretary of state.

When someone offered a toast to the new president, Madeleine raised a glass but made clear she still regarded Bush with disdain. When the toast was over she dryly observed that although politics stopped at the water’s edge, there were always exceptions.

Her partisanship, however, never overcame her patriotism and her time as a legislative aide to Senator Edmund Muskie and at the NSC as Zbigniew Brzezinski’s director of legislative affairs made her a realist when it came to the necessity of working across the aisle to secure the nation’s interests. As secretary of state she worked carefully and deliberately with Congress, even agreeing to speak at Senator Jesse Helms’s alma mater in order to help build bipartisan bridges with the chairman of the Senate Foreign Relations Committee.

A few years after our first encounter, I was working at the Pentagon on Russian and Central European affairs when I received an unexpected phone call from then-Professor Albright at Georgetown. She needed someone to substitute teach for her about prospective U.S. defense relations with the former Warsaw Pact countries while she accompanied Czechoslovakian President Václav Havel on his first trip around the United States. I readily agreed and afterwards received an incredibly kind note from her thanking me for teaching the class (undoubtedly exaggerating how much the students enjoyed it) and expressing her appreciation for the honor of accompanying Havel on his peregrinations around America.

Several years later, I was the deputy chief of mission at the U.S. Embassy in Prague when Madeleine arrived as the U.S. Ambassador to the United Nations making a tour of Security Council capitals to seek support on one of many resolutions condemning Saddam Hussein for his failure to abide by earlier resolutions that terminated the Gulf War of 1991.

Her passionate presentation of the evidence went well with the foreign minister but less well with Prime Minister Václav Klaus, whose sneering cynicism understandably got under Albright’s skin. But she was a diplomat’s diplomat and was back in the Czech Republic a year later to celebrate the 50th Anniversary of the Liberation of Plzen. With Czech and American flags flying in a summer breeze, she gave a rousing speech about the triumph of democracy to a jam-packed central square.

I worked closely with Madeleine after she became secretary of state. Early in her tenure, the Washington Post reported the fact that her Jewish parents had converted to Catholicism during World War II to protect the family from Nazi depredations and hidden this fact from Madeleine and her siblings. The revelation must have come as a terrible shock, but she handled the publicity with grace and dignity.

Her passionate embrace of America’s role in the world as the “indispensable nation” and beacon of democracy in a turbulent world seemed to be clearly fueled by her personal biography, and it resonated with me, as my mother’s family had similarly fled Communism and Nazism in the interwar years. She was an enthusiastic backer of NATO enlargement and devoted her first six months in office to support the negotiation of the NATO-Russia Founding Act and the accession of the Czech Republic, Hungary, and Poland as NATO members at the Madrid Summit in 1997.

Madeleine appreciated that diplomacy and threat of the use of force, when necessary, could go hand in hand. In the second half of her term, the crisis in Kosovo required a 90-day conflict with U.S. coercive diplomacy and air power ultimately ejecting Slobadan Milosovic’s Serbian forces and setting the stage for his fall from power. She knew that hard power and soft power are often force multipliers for each other. When Russian forces raced to Pristina to insure Moscow’s continued influence in the Balkans, the Finns hosted talks in Helsinki where Secretary of Defense Bill Cohen and Madeleine worked out understandings that defused the tensions and laid the ground work for Kosovo’s ultimate independence.

Hers was an eventful and largely successful tenure as secretary of state—and one got the sense that she enjoyed virtually every minute of it. The refugee who fled totalitarianism became an avatar of democracy.

It is both bitter and sweet that her passing coincides with a moment when democracy and authoritarianism are joined once again in a great and violent struggle. Bitter, because democracy needs more champions like Madeleine. But sweet because it is a reminder that extraordinary American stories are still possible and that such champions can still, from time to time, arise. 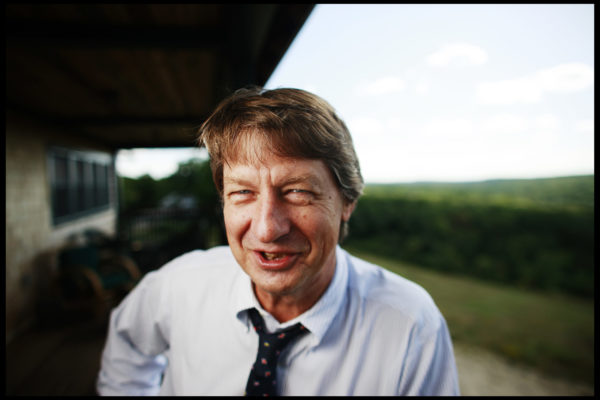