Make It About the Election

The rush to confirm Barrett is all about 2020 anyhow.
by Amanda Carpenter
US President Donald Trump and Judge Amy Coney Barrett arrive at the Rose Garden of the White House in Washington, DC, on September 26, 2020. - Trump nominated Barrett to the US Supreme Court. (Photo by Olivier DOULIERY / AFP) (Photo by OLIVIER DOULIERY/AFP via Getty Images)
Share on Facebook Share on Twitter Share via email Print

In a speech delivered in Wilmington on Sunday, Democratic presidential candidate Joe Biden attempted to frame Supreme Court nominee Amy Coney Barrett’s confirmation as part of the longstanding Republican project of overturning the Affordable Care Act. That misses the point.

Barrett’s nomination and the rush to install her ahead of November 3 are all about the election. Period.

So, why are the Democrats so intent on pretending otherwise? President Trump and his top Republican allies in the Senate aren’t. They are brazenly upfront about their belief that Barrett should be confirmed to resolve any disputes over the 2020 elections in Trump’s favor.

“I think this [the election] will end up in the Supreme Court, and I think it’s very important that we have nine justices,” Trump said last Wednesday. “I think it’s better if you go before the election, because I think this scam that the Democrats are pulling—it’s a scam—this scam will be before the United States Supreme Court.” Senate Judiciary Committee Chairman Lindsey Graham backed him up on that count, too. “Now, we may have litigation about who won the election, but the Court will decide and if the Republicans lose, we will accept that result.” Emphasis on how Graham deliberately said, “the Court will decide.”

Meanwhile, even though the polling suggests that most Americans are on the Democrats’ side and feeling uneasy about the timing of this confirmation, Democratic strategists bedwetting over leftwing lunatics trying to Handmaidenize Barrett have been advocating that the party turn the confirmation battle into a showcase for abortion and Obamacare. In addition to Biden, Senate Minority Leader Chuck Schumer seems to be following their lead.

Senate Democrats have signaled that they will ask Barrett to recuse herself from any cases that could impact the 2020 election. Election questions shouldn’t stop there, though.

Richard Hasen, professor of law and political science at the University of California, Irvine, and the author of Election Meltdown: Dirty Tricks, Distrust, and the Threat to American Democracy, told The Bulwark, “My general view is that these hearings won’t reveal much about how a future Justice will vote in cases. So aside from raising the question of recusal should a Trump v. Biden case make it to the Court connected to the election, the best chance to get some insight is to ask about past cases, especially older cases, related to voting rights.”

How could this be done? Election lawyers and experts I contacted offered a range of fair-game questions Barrett could be asked. For example, “Do you believe Bush v. Gore is precedent? If so, what does it stand for?”

Something as straightforward as “Does the Constitution guarantee a fundamental right to vote?” sounds simple enough—until you remember what Bush v. Gore was all about. Anyone who is familiar with that case knows the big fights didn’t happen when votes were cast, but when and how they were counted.

Barrett will surely refuse to speculate on a potential Trump v. Biden case—but what should happen, in accordance with the Constitution, when it comes to resolving election disputes?

Also, what are her views on the Voting Rights Act? Does she believe it is constitutional? What does she think about the decision in Shelby County v. Holder, which held that “preclearance” provisions that required some state officials to seek federal approval before making changes to the voting process were unconstitutional?

Questions about gerrymandering are also important. Last year, the Supreme Court ruled 5-4 that claims of unconstitutional partisan gerrymandering are not subject to federal court review because they present “nonjusticiable” political questions. Does Judge Barrett agree with the concept of “one person, one vote” as established by the Warren Court? Why or why not?

When do these (and other) precedents matter? When do they not?

These are all critical issues regarding states’ rights and federal power, and are certainly relevant in a substantive confirmation hearing for the highest court in the land. A Supreme Court justice needs a well-reasoned approach to these matters. If she were to refuse to talk about them, that would speak well enough for itself.

Of course, anyone who can count to 51 knows that the Democrats don’t have the votes to stop her confirmation. If the Democrats are smart, they will use the next month to make the case that a Democratic president and a Democratic Senate should be installed to act as checks on what is becoming the Trump Court. Amy Coney Barrett’s confirmation is all about the election anyway, stupid. Why try to make it about anything else? 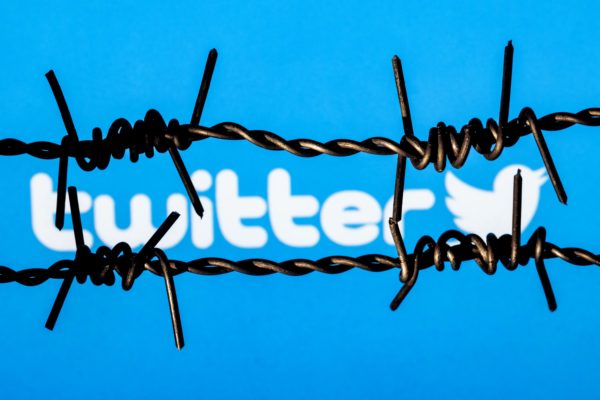 Rittenhouse Case Puts Spotlight on the Election of Judges