How Congress can change the rules so that it can enforce its own subpoenas.
by Chris Truax
A name card is set for former White House lawyer Don McGhan who was expected to testify at a House Judiciary Committee hearing on Capitol Hill in Washington, DC, on May 21, 2019 but did not. (Photo by MANDEL NGAN / AFP)
Share on Facebook Share on Twitter Share via email Print

As the January 6th Committee pulls together its final report detailing its recommendations on how to shore up American democracy, an efficient way of enforcing congressional subpoenas has to be near the top of the wish list. The committee has seen one key witness after another either try to negotiate the terms of their participation—as if a congressional subpoena were an invitation to appear on the lecture circuit—or simply ignore the subpoenas altogether.

Congress can enforce its subpoenas civilly but this is seldom effective, especially when a reluctant witness is stonewalling rather than engaging in a good-faith dispute. For one thing, civil contempt proceedings take too long. Litigation over the Fast & Furious subpoenas went on for six years. And whatever you think about the merits, the ongoing court fight over the House subpoena for Donald Trump’s tax returns should not take longer than the Civil War.

Apart from the fact that an investigation that is delayed for years is not really an investigation at all, these multi-year court cases can render the subpoena moot. If control of the House or the Senate changes hands, the new party-in-charge can simply abandon the enforcement effort. And if, somehow, the House or the Senate battles its way through all the hearings and appeals and eventually wins its case, all they get is a court order requiring the witness to honor the subpoena. In other words, as a witness, you’re no worse off than you would have been if you’d just complied with the subpoena in the first place. So if you can handle the legal fees (or if someone is paying them for you) civil enforcement too often amounts to a get-out-of-testifying free card.

And the less cooperative you are, the less likely you are to be required to testify. Incentive structures don’t get much more perverse than that.

There is one other joker in the civil-contempt deck: After the court battle over the January 6th Committee’s subpoena to Don McGhan, it isn’t even clear that the House has a legal right to civilly enforce its subpoenas at all.

Again, that’s “in theory.” In practice under the current system, criminal contempt proceedings for ignoring a congressional subpoena are often not a possibility. That’s because Congress currently can only refer cases of criminal contempt to the Justice Department, which then decides whether or not to prosecute. This seldom happens, especially when it involves a member of the administration, or even the administration’s friends. Usually, Congress doesn’t even bother to make a referral. In 2019, Corey Lewandowski “testified” before Congress. His behavior was so outrageous that, had he tried it in court, he would have been immediately jailed for contempt. Congress did nothing.

There are fixes for all of these issues. Congress can solve the McGahn problem by simply passing a law giving both houses of Congress the clear right to enforce their subpoenas in court. Congress should also pass the Congressional Subpoena Compliance and Enforcement Act, a simple piece of legislation that requires the courts to expedite the enforcement of congressional subpoenas. This law passed the House back in 2017 on a voice vote and with massive bipartisan support, but then died in the Senate. One would hope that this bill would muster similar support today, but one should also learn to accept that consistency and logic have little to do with our current politics. Indeed, if control of one or both houses of Congress changes hands, it may be Democrats looking to torpedo effective congressional oversight rather than Republicans. Nonetheless, there is likely still a bipartisan majority in both the House and Senate interested in standing up for the rights of Congress, at least in the abstract.

Turning criminal contempt into an effective means of enforcing congressional subpoenas requires a bit more lateral thinking. The fundamental problem with the current system is that the Department of Justice has a massive and insoluble conflict of interest. If it were following its own internal policies, every criminal contempt referral from Congress would result in the automatic appointment of a special prosecutor. Obviously, that isn’t happening and it isn’t likely to happen.

So what Congress needs is legislation authorizing it to appoint private attorneys to prosecute criminal contempt-of-Congress cases. At first glance, this would seem to be a separation of powers and an appointments clause issue. But it’s not.

Rule 42 of the Federal Rules of Criminal Procedure authorizes federal courts to request that the government prosecute a charge of criminal contempt of court and then to appoint its own prosecutor whenever the government declines to do so. This procedure has been upheld in the Supreme Court. Even Justice Scalia, who thought that it was unconstitutional for courts to criminally prosecute people for violating court orders, agreed there was a place for these ‘private prosecutions.’ “I recognize . . . that the Legislative, Executive, and Judicial Branches must each possess those powers necessary to protect the functioning of its own processes . . . But that principle would at most require that courts be empowered to prosecute for contempt those who interfere with the orderly conduct of their business or disobey orders necessary to the conduct of that business (such as subpoenas).”

Constitutional sauce for the judicial branch is constitutional sauce for the legislative branch. The only separation of powers issue here is why the executive branch is currently allowed to pick and choose which witnesses will be required to honor congressional subpoenas and which won’t. As the Supreme Court put it in Loving v. United States, “Even when a branch does not arrogate power to itself . . . the separation-of-powers doctrine requires that a branch not impair another in the performance of its constitutional duties.”

Forget the posturing of the moment. The cornerstone of America’s constitutional system of government is a balance of power between the executive, legislative, and judicial branches. Though the fear is based on a very nineteenth-century image of how government functions, yes, it is theoretically possible that Congress will bombard the executive branch with so many subpoenas that work will grind to a halt and the president will be “distracted” from his duties. But it is also theoretically possible that the president will behave tyrannically and ignore the laws with impunity, secure in the knowledge that the only national institution tasked with keeping the executive branch on the straight-and-narrow is powerless to investigate anything the president doesn’t want investigated.

As a country, we have placed a great deal of emphasis on ensuring the president has the ability to carry out his or her duties and very little emphasis on ensuring those duties are carried out faithfully. Shrugs and references to ballot boxes and impeachment don’t cut it. In the words of Wendell Phillips, “Only by continued oversight can the democrat in office be prevented from hardening into a despot.” 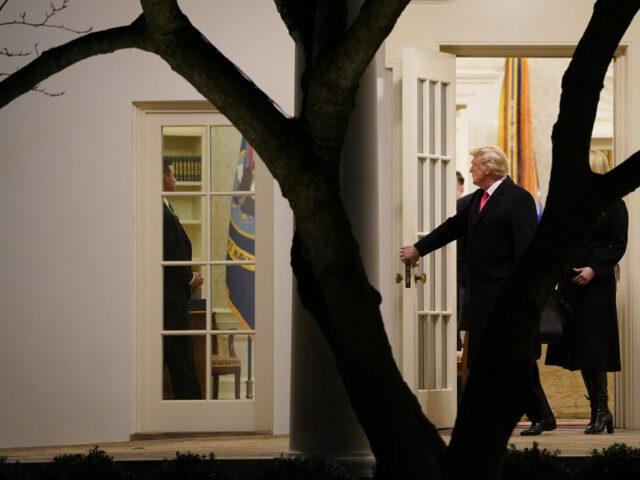