Marcel the Shell with Shoes On is entertaining, moving, and perhaps slightly over the heads of its target audience.

The stop-motion animated film introduces us to Marcel (voice of Jenny Slate), a one-inch tall shell with a googly eye who lives with his grandmother Connie (Isabella Rossellini) in an Airbnb being rented by an amateur documentarian named Dean (Dean Fleischer-Camp, who directed and co-wrote with Slate and Nick Paley), who has made the shells the subject of his next project. The movie is based on a viral short and several YouTube sequels released during the 2010s, meaning that this project was in incubation for some time.

That wait paid off: Marcel the Shell with Shoes On is delightful. Marcel’s explanations of how he and his grandmother get around the house (via tennis balls serving as ad-hoc hamster balls) and procure food (via a mixer tied to a tree outside; it shakes fruit from the limbs when it’s turned on) are cute and clever. The sentiment is very much “little guy making it in a big world.”

And there’s something poignant about Marcel’s frustration with Dean’s attempted directorial distance. “A lot of times I just don’t get things I need,” an annoyed Marcel says to the director, who is trying to stay out of the frame by refusing to deliver aid his protagonist requested. There’s a lot of life packed into that one little line, and even those of us who stand taller than an inch high can relate to it. Everyone needs a hand occasionally, and the principles used to justify giving or withholding that hand rarely mean much to the people who need it.

More interesting is Marcel’s idea of community. Marcel is alone because the man and the woman who lived in the home split up; when the man left, he swept his belongings out of a sock drawer and into his duffel bag. In so doing, he left with Marcel’s friends and family. After a video short composed by Dean goes viral on YouTube, Marcel starts to wonder if he, Dean, and Connie might be able to find the friends he lost with the help of the wide world of the Internet.

But help is not quick in coming. Marcel quickly discovers that the Internet is more or less useless as a means to procure assistance. TikTokers start showing up outside Marcel’s house in order to record themselves at a famous site. “Are they here to help?” Marcel asks, hopefully. (Spoiler: nope.) “There’s so much nothing,” he says, scrolling through thousands of YouTube comments.

And then, most damningly and despairingly: “It’s an audience—it’s not a community.” 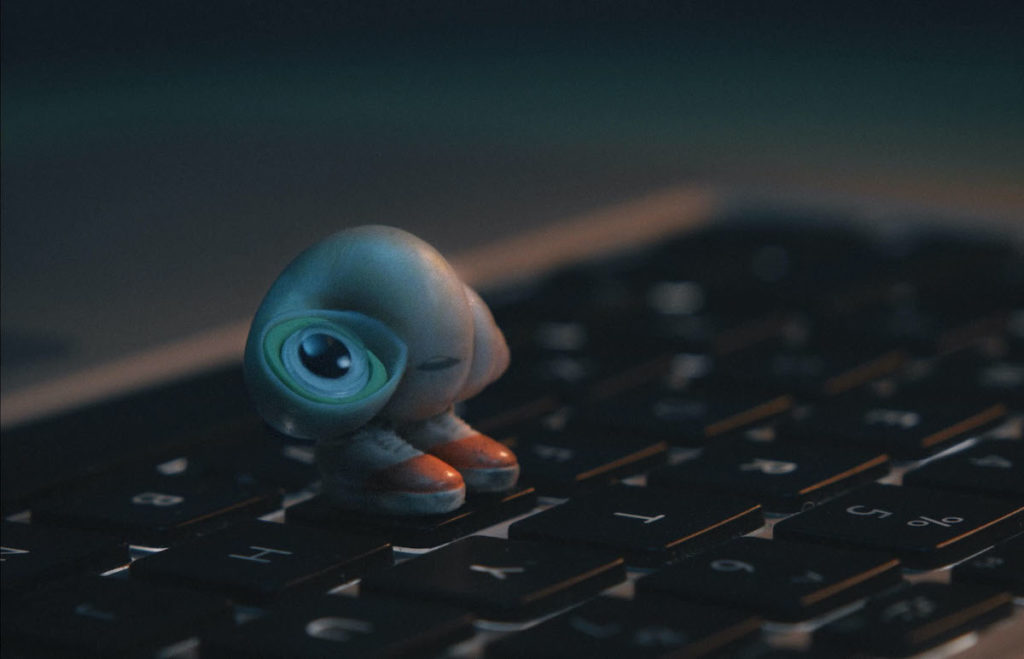 That’s social media in a nutshell, as accurate and incriminatory a summation as you’ll find. This is not to say that it’s impossible to experience community on the Internet—I’ve made friends with folks I’ve met online—but true connection is rare and prone to disappear, while virality offers a more immediate but ultimately fake sense of belonging.

It’s easy to feel like the center of attention for a while; sometimes it’s even comforting. But an audience of viewers waiting for you, their new monkey, to dance for them is not the same thing as a group of people who are ready to help you when you fall or take care of you when you’re sick. The pathos the film generates is rooted in that distinction; it comes out as we watch Marcel care for his increasingly addled grandmother while the two try to find their lost friends.

Marcel the Shell with Shoes On is the sort of picture that’s designed to be appropriate for children but that will resonate best with adults, who understand more of life’s difficulties and can catch some of the slyer jokes. (The “hearty hairs” used by Marcel to make twine, for instance, will make parents giggle and then quickly stifle their giggles in the hope that they won’t have to explain the gag to their young ones.) To a generation raised on kinetic nonsense like Turning Red, however, Marcel might be a bit slow. There were groups of kids in my theater, and it was hard to gauge how much of their interest the movie maintained.

More sensitive tweens and teens will undoubtedly love it, however, and one can envision Marcel the Shell with Shoes On becoming an object of cult fascination for a new generation. 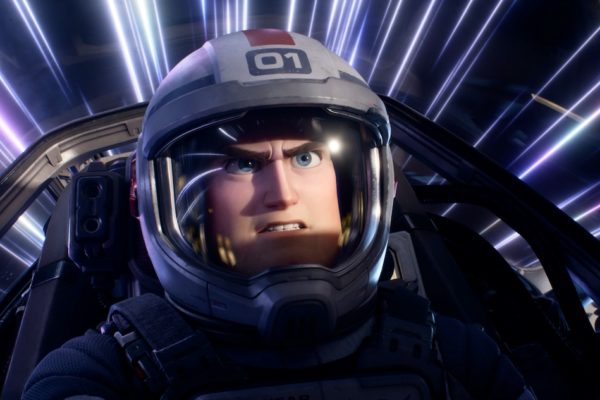