‘Metropolitan’ Is a Christmas Movie

“Manhattan. Christmas Vacation. Not so long ago.”

This is the title card we see after a brief prologue in which a young woman complains to her mother that her dress makes her appear “enormous,” and it is our entrance into a world that is simultaneously deeply foreign and strangely comforting in its normalcy.

Deeply foreign because I am not of the Manhattan private-school set and did not attend debutante balls during my Christmas Vacations or at any other point. I may own a tux, but I am stranger to white tie and tails; detachable collars are not part of my milieu. Then again, detachable collars aren’t really part of the milieu of Nick Smith (Chris Eigeman) and the rest of the Sally Fowler Rat Pack (SFRP, for short, so-named because the gang so frequently spends the after-party hours at Sally’s parents’ home) either, and that’s kind of the point: Theirs is a time just prior to ours, but even they feel as though the world has moved on, that something valuable has been lost. 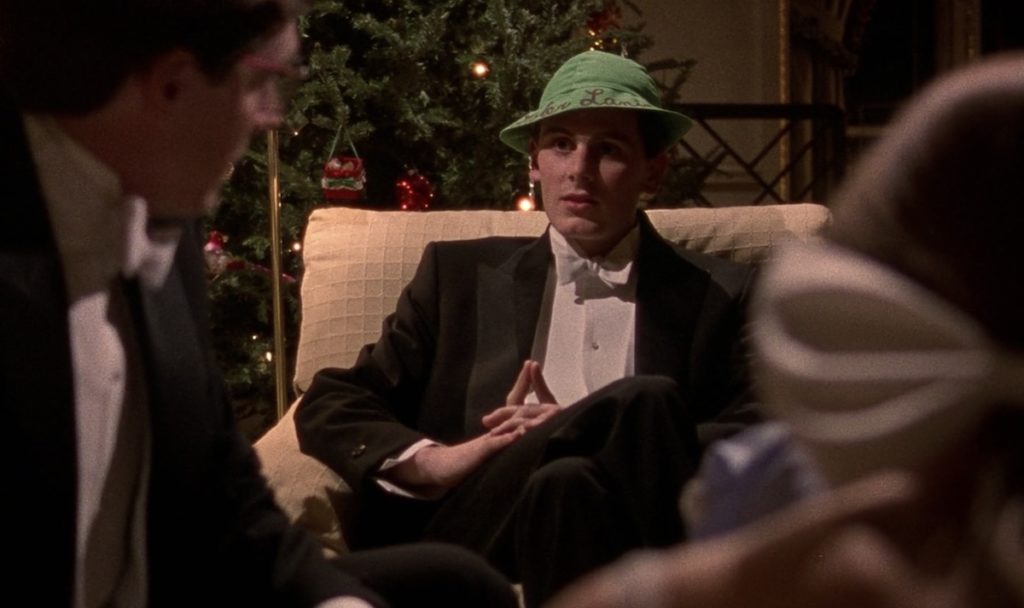 Metropolitan is a cutting and incisive look at the various ways class and culture intersect; Tom Townsend (Edward Clements) is peripherally part of this world, but his self-proclaimed socialism (Fourierism, to be specific) leads him to denounce the very idea of deb parties. Though much of this is cover for the fact that he’s not quite as financially comfortable as his peers: His tux is rented; he walks or takes a bus rather than cabbing; he lacks a proper winter overcoat, shivering in the December air under a light raincoat.

Nick’s argument that there’s no more economical form of entertainment during this time of year is a good one: For the price of a tux, you get access to decent food, drink, and dancing—though the real entertainment comes afterwards in the living rooms in which the group holds their post-party discussions. And it’s those discussions that form the heart of the movie.

There are so many classic bits that I’m hard-pressed to pick one. Is it Tom telling Audrey (Carolyn Farina) that he reads literary criticism without reading the novels being criticized? (“You don’t have to have read a book to have an opinion on it.”) Charlie’s coinage of the term UHB? (“Urban haute bourgeoisie,” far preferable and more applicable than words like preppie or WASP.) The Man at the Bar (“Dick Edwards” in the screenplay, played by Roger W. Kirby in the film) who, like an UHB Jacob Marley, warns them of the mediocrity that awaits and the sort of soul-sucking sorrow that will inevitably accompany the question “What do you do?”

In the commentary track that accompanies the Criterion Blu-ray, writer-director Whit Stillman suggests that a number of these conversations are his efforts to win arguments after the fact, and this may help explain why the movie feels so weirdly comforting. Sans the UHBwear, it feels just like so many of my own college breaks, lounging around someone’s basement playing cards or arguing about some bit of political trivia. It calls to mind years of Christmas parties and book parties in D.C., drinking for free on the tab of as many publications in town as would have us as we discussed downward social mobility and the fate of our class and whether or not a project failed just because it ceases to exist.

After all, we all cease to exist eventually. That doesn’t mean we’re all failures. 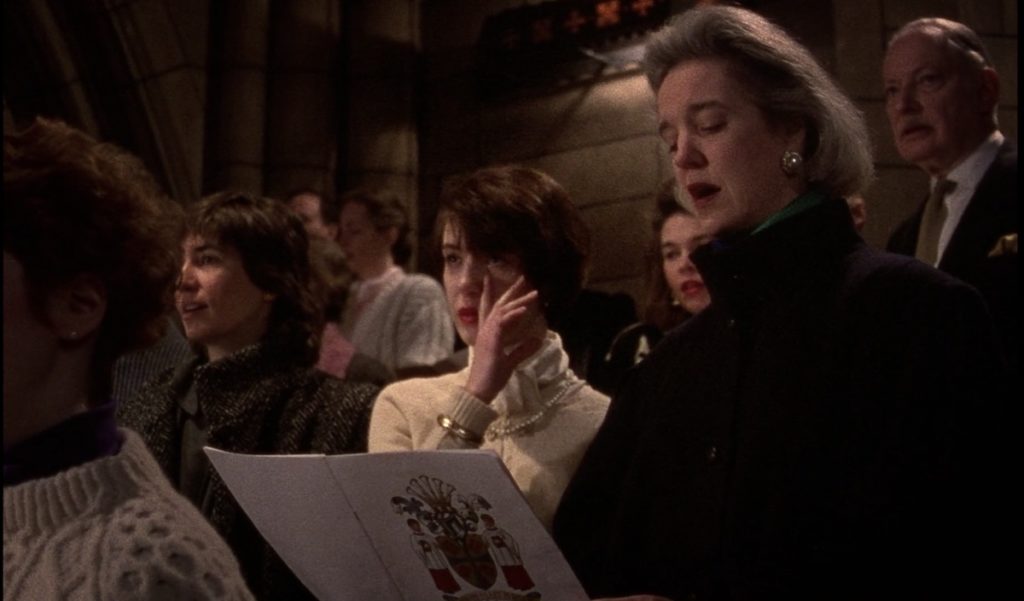 Most of our modern Christmas classics are explicitly, almost aggressively secular, assuming of course that the Saint in Saint Nick is a mere honorific. A Christmas Story, Elf, Jingle All the Way, Fatman, How the Grinch Stole Christmas!, even most iterations of A Christmas Carol, including my favorite, Scrooged: these are not movies that even mention faith, really. Metropolitan is one of the few Christmas movies I can think of aside from the explicitly religious entries to actually, you know, feature someone going to church on Christmas.

Indeed, it’s one of the more beautiful moments in the film: Audrey, with tears streaming down her face because a boy she has a crush on described her as “well-read” to his ex-girlfriend, is attending Mass on Christmas Eve, pageantry all about her, the processing choir carrying lit candles, a swell of voices singing “Come All Ye Faithful” and filling the cathedral with a beautifully human sound. Yes, the tears are for what she thinks of as Tom’s dismissal, but they could just as easily be at the beauty of this moment.

Stillman contrasts this wondrous scene sharply by cutting to Tom’s apartment, where he’s sitting by himself in an ill-fitting robe, going through old letters and papers, eventually pulling out a couple of pictures of that same ex who inadvertently crushed Audrey. Rather than the majesty of 2,000 years of religious tradition, Tom’s soul is kept warm by the saddest of all seasonal images: the old New York broadcast of the burning Yule Log on a tiny black-and-white TV near his bed.

I’m not a religious person myself, but the vivid contrast between the two images calls to mind an earlier argument made by Charlie: “Of course there’s a God. We all basically know there is.… A kind of belief is innate in all of us. At some point most of us lose that, after which it can only be regained by a conscious act of faith.”

Like Charlie, I’ve yet to experience such a moment myself. But perhaps there is still hope for an aging UHB like me.