Michael Flynn Can’t Just Walk Away from His Guilty Pleas

Unless the disgraced former national security advisor is pardoned, that is. The judge overseeing Flynn’s case won’t just accept the DOJ’s request to drop the charges.
by Kimberly Wehle
(Illustration by Hannah Yoest / Photos: GettyImages)
Share on Facebook Share on Twitter Share via email Print

The judge presiding over the criminal case against former national security advisor Michael Flynn ruled on Tuesday that interested outsiders will be permitted to submit friend-of-the court briefs regarding the Department of Justice’s motion to dismiss the case. Then, on Wednesday, the judge—Emmet Sullivan of the U.S. District Court for the District of Columbia—appointed a retired judge, John Gleeson, to act as amicus curiae to present arguments against DOJ’s dismissal motion and to address whether Flynn should be held in contempt for perjury under 18 U.S.C. § 401 in connection with his statement under oath—twice—that he lied to the FBI. Sullivan is signaling that Flynn cannot have it both ways.

Flynn, recall, lied to the FBI regarding his contacts with the former Russian ambassador in the midst of DOJ’s investigation into Russian interference in the 2016 election. He admitted to his lies in a signed “statement of offense.” He accepted and signed a plea agreement admitting his guilt. And, in two separate proceedings before federal judges—on December 1, 2017 and again on December 18, 2018—he pleaded guilty under oath, admitting to his lies and their materiality. He has been awaiting sentencing.

In the past few days, Trump supporters have assailed Sullivan as an out-of-line political hack who is unscrupulously willing to tolerate FBI wrongdoing. Trump critics, meanwhile, are hailing the possibility that the judge will thwart Attorney General Bill Barr’s bid to let Flynn walk free of his crimes without President Trump having even to bother with a pardon.

The reality is that Judge Sullivan is a highly respected jurist with a reputation for holding government lawyers’ feet to the fire. Rule 48(a) of the Federal Rules of Criminal Procedure requires “leave of court” before the government can successfully dismiss a criminal case, so Sullivan has broad discretion here. By allowing others to argue against Barr’s motion, he is just doing his job. There is nothing sinister lurking in his courtroom.

Unfortunately, the same cannot be said for the DOJ itself.

Barr’s motion to dismiss the Flynn case post-conviction is highly unusual for a number of reasons, including that it does not assert that Flynn did not lie or that he was coerced into lying about lying by bad actors within the government. Rather, Barr’s DOJ takes the position that Flynn’s admitted lies to the Russian ambassador about discussing possibly lifting Russian sanctions after Obama left office were not “material” to the government’s investigation into Russian interference in the recent election in the first place.

Flynn’s conviction for lying to federal law enforcement about discussing sanctions removal with the Russian ambassador is hardly immaterial to the myriad law-enforcement and national-security interests that were at the heart of Robert Mueller’s nearly 450-page report of Russian interference on Trump’s behalf—interference which Mueller warned Congress is ongoing for the election in November. Just last month, the Senate Intelligence Committee—chaired by Republican Senator Richard Burr of North Carolina—released its own 158-page report detailing similar conclusions that Russia engaged in broad efforts to influence the 2016 presidential race in Trump’s favor.

In short, Russia’s interference in 2016 to help Trump can be taken as empirical fact at this point. (By the way, water is wet too.)

Barr’s claim that Flynn’s lie amounted to nothing is sinister, however, because it plays into the attorney general’s shameless mission to gaslight the American public and the world about the very basis for Flynn’s guilty plea: DOJ’s investigation into Russian interference in the election so Trump could win.

Recall that Barr auditioned for his current job in an unsolicited, 20-page memorandum to Trump back in June 2018, in which he stated—without access to the actual factual record because he was not at DOJ then—that Trump “made the accurate observation that Flynn’s call with the Russian Ambassador was perfectly proper and made the point that Flynn, who had now suffered public humiliation from losing his job, was a good man.”

And of course, Barr famously demolished Mueller’s work by issuing a four-page “summary” weeks before the release of the actual report, mischaracterizing Mueller’s findings as “no evidence of collusion,” when Mueller expressly rejected that non-legal terminology to conclude instead that sufficient evidence of a criminal conspiracy had not been identified.

Barr then stepped off his federal law enforcement post to trot around the globe to Italy and Australia in a reported attempt to drum up allegations that his own FBI team improperly targeted Trump and his campaign team during the Russia probe.

He also refused without justification to accept the painstaking conclusions of DOJ Inspector General Michael Horowitz that political bias did not infect the FBI’s actions on Russia. Instead, Barr shoveled untold taxpayer dollars at the appointment of a separate independent counsel, U.S. Attorney John Durham of Connecticut, to re-do Horowitz’s work—presumably with a hopeful eye towards reaching a different conclusion.

Barr also tried to bury the whistleblower report of Trump’s quid-pro-quo scheme with Ukraine—despite a federal law unequivocally requiring that it be turned over to Congress—a missive that led to Trump’s impeachment.

And just today, Barr got his hands on a declassified list of Obama-era public servants from acting Director of National Intelligence Richard Grenell. The list purportedly includes the names of government officials who sought access to information about Flynn’s phone calls with the Russian ambassador—the very calls that prompted his plea of guilty.

Given that the government and Flynn agree on dismissal of his case, Sullivan’s call for amicus briefs and Judge Gleeson’s involvement is not good news for Flynn. Sullivan no doubt wants to hear the other point of view—some 2,000 former DOJ officials have condemned Barr’s dismissal motion and urged his resignation—on the theory that the public interest and the interests of justice demand it. Flynn’s indictment came out of Special Counsel Robert Mueller’s office, after all, which was created precisely to avoid conflicts of interest with President Trump himself. Once Barr took over this case—as well as the matter of Roger Stone, in which he recently intervened over career prosecutors to recommend a last-minute sentence reduction—the entire purpose of having an independent prosecutor was undermined. Barr is biased in favor of his boss.

That said, Judge Sullivan will presumably allow briefs—and possibly testimony—in support of Flynn too, including expressions of the viewpoint that he was the victim of government misconduct. The judge will have to take care so that the proceedings don’t become a circus. But Sullivan is used to harshness of public scrutiny, having presided over the 2008 trial of Senator Ted Stevens, who was convicted of ethics violations but had his conviction dismissed after a DOJ probe found evidence of prosecutorial misconduct. Sullivan held four prosecutors in contempt and appointed a lawyer to investigate their actions. One of the accused DOJ lawyers committed suicide in the midst of the investigation.

If Trump’s allies are truly averse to “fake news” as they aver, Judge Sullivan’s friend-of-the-court maneuver should hardly spook them. It’s not Sullivan but rather Barr who is on an unmistakable mission to blink reality by denying the facts laid out in hundreds of pages crafted by career government officials from both sides of the aisle.

Putin helped Trump in 2016. No amount of investigating the investigators can change that fact. What Barr’s stewardship can change, however, is the credibility and legitimacy of the Department of Justice itself. 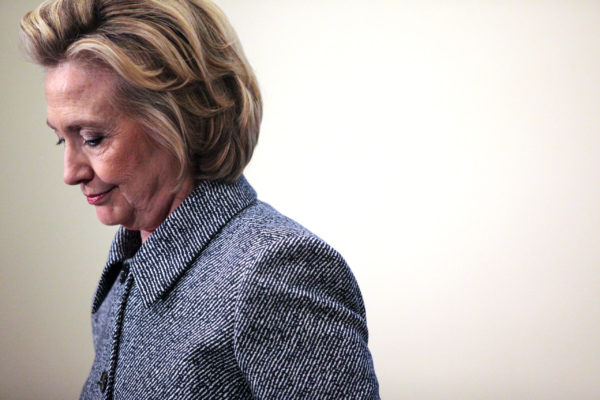 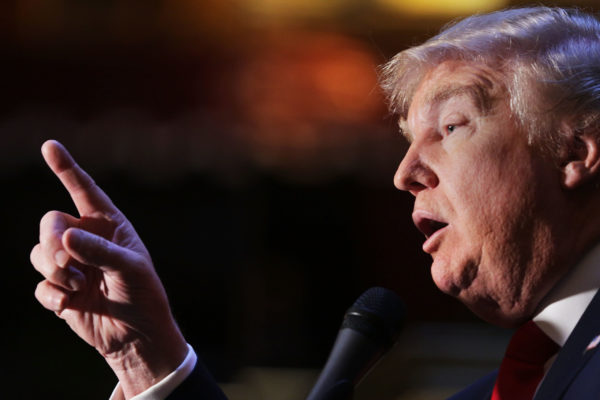