Mike Pence Needs to Finish the Job and Testify Before the Jan. 6th Committee

There was a lot of love for one Michael Richard Pence at Thursday’s January 6th Select Committee hearing.

“We are fortunate for Mike Pence’s courage . . . thanks to Mike Pence our democracy withstood Donald Trump’s scheme,” said the Democratic committee chairman Benny Thompson. Another Democrat on the committee, Pete Aguilar, said Pence withstood an onslaught of pressure and was “true to his oath to protect and defend the constitution.” Another went so far as to call him an “American Hero!” (Oh wait, actually, that was The Bulwark’s own Jonathan V. Last writing in the Atlantic.)

Now don’t get me wrong, the former vice president does deserve recognition for his actions on January 6. He should definitely be awarded a very special cookie or be given a gold star for carrying out the bare minimum constitutional requirement of his office at a time when his boss and his supporters were pressuring him to shirk that responsibility.

He also deserves credit for being stalwart in the face of legitimate physical danger. The harrowing images of the vice president’s family having to hide from their own party’s voters and the testimony that they were fearful both of the mob and the possibility that there might be enemies within his own secret service detail are details straight out of a Marconi script.

But watching the hearing I was left a little cold.

Amidst all of this lavish praise of Pence, and the compelling, if fawning, testimony from his own counsel, Greg Jacob, the proceedings felt like they had a phantom limb.

Why was it Jacob who was offering second-hand recitations of conversations had by his boss? Was he acting as a spokesperson for Pence or a witness?

Why were we seeing Pence’s chief of staff, Marc Short, tell us about private conversations the VP had via security cam testimony footage, rather than direct testimony from the principal?

Shouldn’t the man of the hour have been in the building? Why was he at a roundtable discussion in Ohio, rather than the rotunda where rioters once tried to hunt him down?

It was Mike Pence whose life was on the line that day, after-all.

Shouldn’t he testify, under oath, about the events of January 6? Don’t we deserve to hear from Pence what his conversations with Trump were like in the lead-up to that day? Shouldn’t he tell us the ways in which the president abdicated his responsibility to help protect the Capitol and everyone within it as the mob descended? Shouldn’t he be asked whether the president was on the side of America and the Constitution or the insurrectionists who were trying to tear it down?

What reason is there for his absence—besides rank politics?

In the months after the insurrection Mike Pence said that there is “no idea more un-American than the notion that any one person could choose the American president.” It is his stated belief that his former boss pressured him to do the most un-American thing imaginable. Mike Pence feared for his life that day solely because his former boss put him in clear and present danger.

The notion that a man who committed the acts Pence has accused Trump of should be given the opportunity to ascend to the presidency again is beyond explanation.

And yet we are on the brink of that very thing happening.

It seems that Mike Pence’s plan to stop that is to challenge his former boss in a primary during which he will continue to praise Trump’s broad-shouldered leadership, outside of that one little time when the president did the most un-American thing possible and almost ended democracy.

I would genuinely cheer on a Pence challenge to Trump in 2024, even though it would almost certainly be futile. But . . .isn’t Pence skipping a step?

Mike Pence has the opportunity to put a stake through the heart of the man who abused him and left him for dead. That chance is right now. Before this committee.

He could testify in front of the entire world and with the eyes of history upon him that Donald Trump was a traitor to America who spurred on a mob in an illegal attempt to stay in power. It would be a moment that would reverberate for ages.

Mike Pence may no longer be working under an oath that requires such testimony, but he nevertheless has a duty to his country to speak the whole truth and let the chips fall where they may.

I’m sure the D.C. smart set will declare that demanding Pence testify against Trump is foolish, because of what it might do to his career prospects. But it’s not entirely clear what those prospects are anyway.

And I’m sure the people in Pence’s orbit would say that the current strategy of plotting a sometimes-Trump primary campaign against his resurrected former boss is a more fruitful political path than career-defining testimony that buries Trump for good as a viable electoral force. Maybe that’s right? But I guess I would just counter . . . Are you sure?

Hasn’t the Republican political class’s conventional wisdom about how to treat Trump been wrong time after time after time? Might not Pence be better off capturing his moment now?

If the former vice president actually believes the words that he has said about the gravity of January 6, then this is not a moment for three-steps down the board political strategery. It’s a time for clarity and radical candor.

To live up to the praise being bestowed upon him, Mike Pence must testify next week in prime time and finish the job. 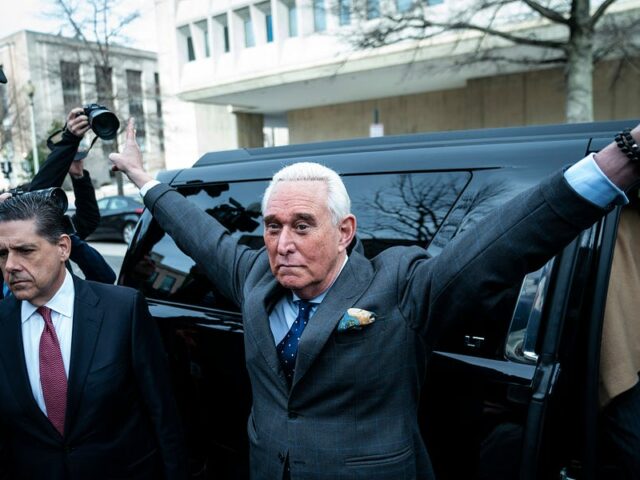