Although his job is to advocate for American interests abroad, the secretary of state is much more concerned about prosecuting the culture war at home.
by David J. Kramer
U.S. Secretary of State Mike Pompeo delivers remarks at the Heritage Foundation annual President's Club meeting, on October 22, 2019 in Washington, DC. (Photo by Mark Wilson/Getty Images)
Share on Facebook Share on Twitter Share via email Print

Last week was a bad one for the cause of human rights. On Thursday, Secretary of State Mike Pompeo’s Commission on Unalienable Rights unveiled its long-anticipated report in Philadelphia, ahead of which Pompeo delivered a speech more fitting for a Trumpian candidate for president in 2024 than a person serving in the apolitical position of secretary of state. Pompeo also published an op-ed in the Washington Post in which he devoted far more space to slamming his fellow Americans for “outrageous efforts to erase American history by tearing down statues of our nation’s founders” than he did to the worst human rights abusers around the world.

In calling for a return to our founding principles, Pompeo’s Philadelphia speech acknowledged almost in passing that “at our nation’s founding our country fell far short of securing the rights of all. The evil institution of slavery was our nation’s gravest departure from these founding principles. We expelled Native Americans from their ancestral lands.” This was one step in the right direction. The United States is a stronger advocate for human rights around the world when we acknowledge our own shortcomings and invite other nations and peoples to join us striving to improve. To that end, Pompeo should also have mentioned that women were denied the right to vote until the 19th Amendment was ratified in 1920, or that two-tiered citizenship in the Jim Crow South ended only a full century after emancipation.

Yet even with his limited concession, Pompeo did not effectively champion human rights. Very little of his speech was devoted to the challenges to human rights from regimes in Beijing, Moscow, Cairo, and elsewhere. He was more focused on “internal” threats.

Yet, had he been truthful, he would have acknowledged that the president he works for—through his corruption, abuse of power, and divisiveness—poses the greatest internal threat to our democracy and human rights. He would have rejected Trump’s dangerous disparagement of the media as the “enemy of the people.” He would have acknowledged his own mistaken attack against NPR’s Mary Louise Kelly for asking him about his lack of support for the former U.S. Ambassador to Ukraine, Marie Yovanovitch.

Instead, Pompeo used his speech and op-ed to attack various media outlets, including the New York Times. His boss must have been proud.

Had he been more honest, Pompeo would have reaffirmed the concept of accountability and recognized that the United States has three separate, co-equal branches of government and that it had been wrong of him to defy Congressional subpoenas for documents during the impeachment proceedings.

He would have admitted that his boss’s embrace of some of the worst human rights abusers in the world does more damage to the cause of human rights than the tearing down of some statues. Recall that Trump “fell in love” with North Korea’s Kim Jung Un, called Egypt’s Mohamed El-Sisi his “favorite dictator,” says nary a word about Russian President Vladimir Putin’s appalling human rights record, and blessed Chinese President Xi’s concentration camps for Uyghurs.

Had Pompeo wished to grapple seriously with internal threats to human rights, he could have devoted a modicum of attention to Trump’s cruel policy of separating immigrant families at the border, his abuse of police in quelling peaceful protests in Lafayette Square, and his defiance of Congress.

Instead, Pompeo bemoaned the “proliferation of rights” and prioritized religious freedom and property rights over everything else. Accordingly, he had Cardinal Timothy Dolan from New York open the proceedings, which, by the way, flew in the face of that city’s efforts to control the pandemic. But like his boss, Pompeo showed that he didn’t care about any of that.

Pompeo’s commission opens its report arguing that the “credibility of U.S. advocacy for human rights abroad depends on the nation’s vigilance in assuring that all its own citizens enjoy fundamental human rights.” And yet it goes on to downgrade the rights of women and the LGBTQ community, dismissing them as “divisive social and political controversies in the United States” and suggesting that they are, in fact, not “unalienable rights.”

“There is good reason to worry that the prodigious expansion of human rights has weakened rather than strengthened the claims of human rights and left the most disadvantaged more vulnerable,” the commission argues. “More rights do not always yield more justice. Transforming every worthy political preference into a claim of human rights inevitably dilutes the authority of human rights.”

In his speech, Pompeo asserted, “Americans have not only unalienable rights, but also positive rights, rights granted by governments, courts, multilateral bodies. Many are worth defending in light of our founding; others aren’t.” Which rights are not worth defending? Neither the commission nor Pompeo is explicit, but one can infer that they mean women’s rights and LGBTQ rights.

Both Pompeo and his hand-picked commission offer a way out for regimes around the world that suppress the rights of their people. “The U.S. promotion of rights should always respect ordinary democratic politics and the legitimate exercise of national sovereignty, and should be reluctant to push rights claims that seek to bypass democratic institutions and processes,” the commission argues. What happens when “democratic politics” don’t exist in countries like China, Russia, or Saudi Arabia? Do we go silent, as this administration so often has?

Pompeo appears to be under the impression that the secretary of state’s responsibility is not to promote American interests abroad, but rather to do battle in the culture war at home. “Instead of seeking to improve America, too many leading voices promulgate hatred of our founding principles,” Pompeo decried in his speech. This may be because the loudest voice among those spouting hatred is his boss. 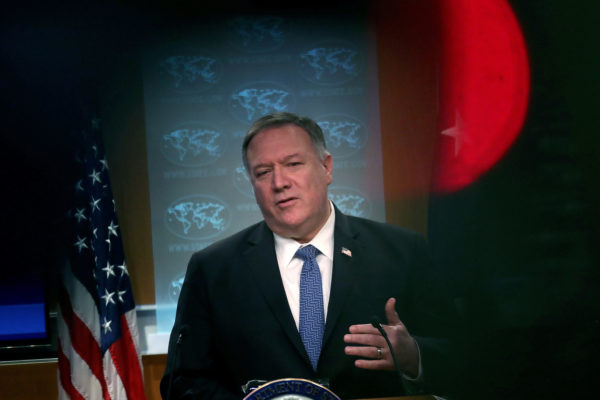 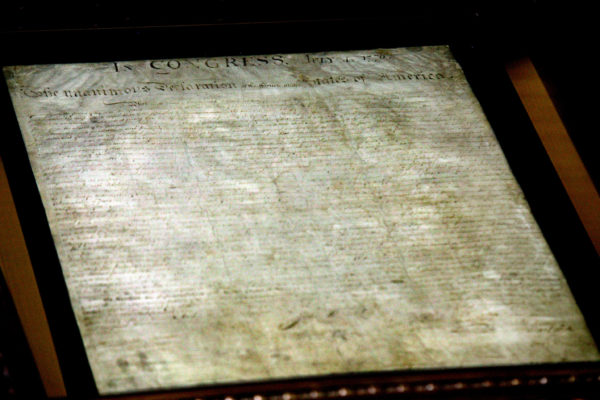 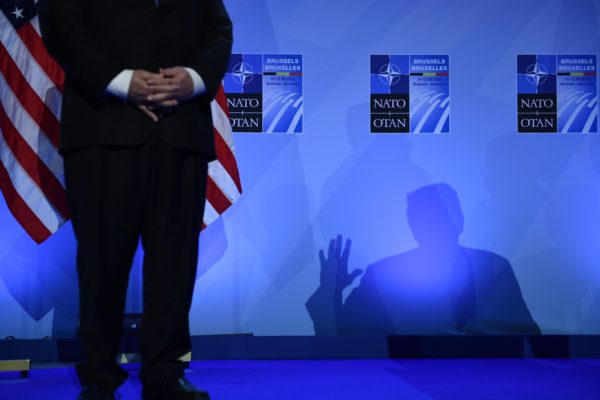