In today’s climate, motivating the base isn’t enough to win on enemy turf.
by Tim Miller
California Gov. Gavin Newsom delivers remarks to reporters after a helicopter tour with U.S. President Joe Biden of the Caldor Fire area, at Mather Airport on September 13, 2021 in Mather, California. Biden toured the wildfire-damaged area near Sacramento with Newsom before heading to Los Angeles to participate in a No on Recall campaign event. (Photo by Justin Sullivan/Getty Images)
Share on Facebook Share on Twitter Share via email Print

Gavin Newsom is all but certain to hold on to his governorship in today’s recall election in California, surviving a profligate and preposterous Republican challenge that put a brief scare into the Democratic establishment.

Much ink has been spilled about a race that never should have happened at all. There’s a “curious lack of energy” in San Francisco! In Modesto, Newsom’s survival is in doubt! Latinos are “eager” to recall him!

And those incisive takes are just from our fair-and-balanced friends in the “news” division at Fox.

But they weren’t alone. Throughout August, the narrative echoed from coast to coast: Newsom was in trouble. If anyone doubted this received wisdom, the clapback came hard and stinky: Parlez-vous Français Blanchisserie?! As if all it took to take down a man who won by 23.8 percent three years ago was a stupid, tone-deaf, fancy dinner.

Look: You didn’t have to be a brilliant political analyst to see that this recall was going to lose altitude in the polls as we approached the day of the vote. Take a gander at what this non-brilliant analyst wrote three weeks ago:

So that creates a considerable amount of slack for Newsom heading into September. . . . We have seen over the last few years a number of examples of races such as this where the political class gets hot and bothered by some close polls a month out before the lackadaisical incumbent campaign and electorate reengages and political gravity re-establishes itself (McConnell in 2014 & ’20, Northam in ’17, Cruz in 2018, Graham in 2020 come to mind).

And just like the falling cat at this weekend’s Miami football game, the Republican recall effort has had its encounter with political gravity. When I wrote the lines quoted above, the FiveThirtyEight polling average had Newsom up by 1.2 percent. Now it has him up 16.6 percent. 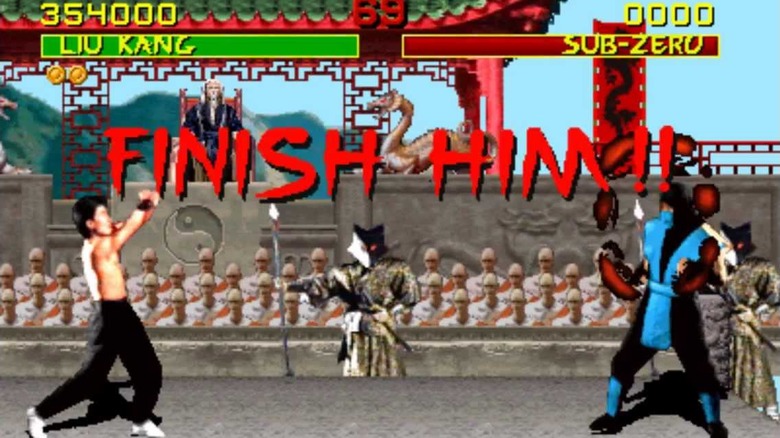 But this story is about more than just what’s happening in California. There’s a reason the bursting hype bubble has become a trend.

These days, all politics is national. If a local candidate or party wants an outcome different from their state’s partisan lean, they need to be intentional about separating themselves from the national narrative rather than playing into it.

The insurgent campaigns of Jaime Harrison (South Carolina) and Amy McGrath (Kentucky) and John James (twice in Michigan) all reverted to the mean in the same exact way that Larry Elder and the Republican recall effort have in California. They were each representing a minority party in their states and got swept up in the buzz and backing that was coming from supporters who reside in other states, where their party is actually popular.

So as these candidates railed against the opposing tribe’s bogeymen, the dollars flowed in, but the votes didn’t follow.

This has happened so often of late that the lesson to candidates and parties should by now be clear: If you want to actually win in a place contrary to the state’s partisan lean, you don’t do it by riling up the small-dollar donors and earning lots of YAS QWEEN retweets. You at least give yourself a chance by spurning your own tribe and using that credibility to build new allies who might help you get over the hump. Despite how obvious this is, for some reason the political consultants who are getting a cut of the fundraising rake don’t seem to be getting the message.

I wonder why that is.

In 2004, Karl Rove and the Bush re-election campaign instituted a “base motivation” strategy. Former GOP strategist Matthew Dowd described it as taking campaigns from spending “80 percent on persuasion and 20 percent on motivation” to a much less lopsided ratio. That approach worked for Bush, helping him to turn out a whole bunch of voters who had stayed home four years earlier.

But in the 17 years since, campaigns have overlearned that lesson. The pendulum has swung so far in the other direction that both sides now spend the overwhelming amount of their candidates’ time on base motivation, leaving the persuasion to a few weeks of TV ads.

Yet for some reason that’s what nearly every politician on both sides continues to do in the Year of Our Lord 2021.

You might think that squishy, mushy, moderate Tim is just flattering his own sensibilities on this one. But let’s look at the results. Here are the current elected officials who have won statewide elections in places where the other party has a clear partisan lean at the presidential level (so we’re taking out coin-flip states Wisconsin, Pennsylvania, and Georgia):

You can group these winners into four categories:

4. Democrats who got lucky running against insane and/or corrupt Republicans (Kelly, Beshear)

So the list of politicians in either party who have won on an ideologically rigid platform in a hostile state is . . . Sherrod Brown. That’s it. That’s the list.

You might toss Kelly in there if you are being generous, but she managed to win in a wave Democratic year running against the most atrocious racist Republican imaginable (Kris Kobach) on the heels of an unpopular Republican governor resigning. So that doesn’t exactly make for a replicable nationwide model.

Now, big ups to Sherrod for being the exception that proves the rule. And if Democrats want to try the rumpled progressive populist strategy in the Rust Belt, he’s not a bad model.

Besides that? All the other “loyal party man” strategies put forth by challengers from both sides have been utter losers. And every internet hype candidate buoyed by small dollar donations from their party’s base voters has crashed and burned.

Since Donald Trump’s surprise Michigan victory in 2016, there hasn’t been a single Republican who ran successfully on a MAGA platform in a blue state. The candidates who have tried the Cruzian TruCon approach have fared even worse.

On the other side, the Justice Dems are champing at the bit to primary Joe Manchin so that their chosen lib can lose by 50 points to Bubba McInsurrection in West Virginia. Because there is absolutely no evidence that their plan to rile up liberal, young, and POC voters has a chance of success in red America. Nor is there evidence that victory lies in running affable party-line Democrats (like Jaime Harrison) who rail against their Trumpy opponents but are in lockstep with Pelosi and Schumer.

The only proven way to win as a Republican in a blue state or a Democrat in a red state during a time of negative partisanship is to actively rebuff your party’s leadership. Give voters a reason to say to themselves “I hate [Republicans or Democrats], but [Candidate X] isn’t one of them.”

The Republicans behind the California recall didn’t even attempt this. If anything, Crazy Larry Elder separated himself from the field precisely by exacerbating the problem, appealing to the GOP base while driving up polarization and Democratic interest in the runoff.

The pro-recall conceit was that agita over Newsom’s policies could carry the day and that Democratic voters would ignore the fact that the alternative represents everything they hate.

In 2021, in a state that was +29 Biden, that ain’t gonna cut it. And that’s why all signs point to a comfortable win for Newsom.

Candidates in both parties who are planning to replicate that failed strategy in the 2022 midterms would be wise to take a lesson as they watch the results slowly roll in over the next eleventy million years. (Get your shit together, California.)

For underdog candidates, the choice is either: Get crosswise with your own party for street cred or line your consultants’ pockets with small-dollar donations before you get crushed by the anvil of political gravity on Election Day.

Tonight, expect the Republican recall to be flattened.

The Mismeasure of Ideology

China’s Torment Is a Reminder of What We Have