Olympic Gymnasts, Black Widow, and How We Train Our Girls

Cruelty and dehumanizing discipline in search of great skill and talent.
by Leah Libresco Sargeant
US gymnast Simone Biles practices the balance beam during a training session at the Ariake Gymnastics Centre in Tokyo on July 22, 2021, on the eve of the start of the Tokyo 2020 Olympic Games. (Photo by Loic VENANCE / AFP) (Photo by LOIC VENANCE/AFP via Getty Images)
Share on Facebook Share on Twitter Share via email Print

Black Widow is Marvel’s belated solo adventure for Scarlett Johansson’s spy superhero Natasha Romanoff. Though, as befits the genre, it’s a movie about how no one really operates alone—even when she’s in hiding, Natasha is haunted by unfinished business with her abusive former spymaster and her neglected duty to the sister she left in his clutches.

The movie ends in triumph, but when I came out of the darkness of the theater, I was uneasy. In an opening montage, the film shows the young girls who will become assassins going through brainwashing in the (fictional) Soviet “Red Room” program. They watch clips of stylized girlhood—pirouettes, cartoons, gymnasts. It was that last image that stayed with me throughout the film.

The story of the girls reshaped and thrown away by the Red Room trainers isn’t so different from the story of USA Gymnastics over the last decade. With the Summer Olympics now underway, I don’t know how to balance celebrating the fortitude of the members of Team USA and rejecting the abusive system that chose and trained them. Natasha may end the movie standing amid the smoking wreckage of the Red Room, but American gymnasts are still fighting to dismantle the system of abuse that they grew up within.

I know now that some of the moments I saw as unalloyed triumph when I was a little girl watching the Olympics were in fact shadowed by abuse. In 1996, when I watched Kerri Strug land her second vault on an injured ankle, clinching the gold and collapsing in pain, I was moved by her strength and stubbornness. I didn’t realize that one of the people rushing to her aid was the team trainer, Larry Nassar, who would go on to take advantage of his position to sexually abuse gymnasts for decades. For years, I’ve been watching young women’s strength be celebrated—and marketed—by forces that have no real respect for the women as people.

USA Gymnastics has never operated a skybase full of commandos like the one in Black Widow, but the prevailing ethos at gyms like the national team training center run by Béla and Márta Károlyi was one of total control. The gym was physically isolated, and cell service was limited, preventing the young gymnasts from contacting their parents. For Nassar, it was a hunting ground.

The problems in gymnastics run deeper than a single abuser, and the fight wasn’t over when Nassar was finally caught. This is a poisonous system premised on treating young girls like raw material, discardable if they aren’t of use. Here, too, there is resonance with Black Widow. As Yelena (Florence Pugh), Natasha’s sister and fellow victim of the Red Room, describes its director, General Dreykov, “To him, we are just things. Weapons with no face that he can just throw away.”

Coach Maggie Haney, who mentored Olympic medalist Laurie Hernandez, was suspended from coaching for eight years after her gymnasts, including Hernandez, accused her of abuse. She allegedly emotionally abused her athletes, forced gymnasts to train while injured, and pressured girls into eating disorders. But, when she spoke to New York Times reporter Juliet Macur about her coaching, Haney said she felt that she had been the one treated unfairly.

As she saw it, her coaching was standard practice for elite gyms—and how could it be abuse if everyone was doing it? She could point to coaches who were worse than she was, ones whose athletes were allowed so little to eat that the girls were “stuffing bread into their pockets” to eat in hiding. The real risk, she concluded, was that coaches would be frightened into going too easy on the girls they trained. Without tough measures, she didn’t think girls would reach their full potential.

In much of gymnastics, as in Black Widow’s spy drama, the people who claim to be mentors have a very narrow idea of which kind of potential is worth developing and which parts of a girl’s future are encumbrances to be stripped away.

The graduation ceremony for the Red Room trainees like Natasha is a hysterectomy. The Widows program is only interested in the weaponizable parts of a woman, and everything surplus is thrown out. The Olympics aren’t as overtly cruel, but many athletes, not limited to gymnasts, lose their monthly cycles due to their intense training regimes. Athletes who become pregnant have been penalized by their sponsors. Brianna McNeal, a hurdles champion, got an abortion in January 2020 in order to be able to compete in the Tokyo Olympics originally scheduled for last summer.

The women of American gymnastics have been fighting to dismantle this system. Over two hundred women came forward at Larry Nassar’s trial to testify about the abuse they endured. It took nine days for the court to hear all of their stories. Rachel Denhollander, a former gymnast, was one of the first to publicly accuse Nassar. Since his trial, she has focused on lifting up other victims’ voices, pressuring her fellow Southern Baptists to overhaul their approach to investigating abuse.

Simone Biles, the best gymnast in the world, a woman whose twists and flips are given artificially low scores to avoid tempting other gymnasts to try them, has also worked to lift up her teammates. At 24, Biles is much older than the average gymnast—youth and malleability is prized in athletes. It’s the only Olympic sport where a country might plausibly see an advantage in doctoring passports to smuggle 14-year-olds into competition.

The smaller girls are lighter and quicker, but, just as relevant, they’re less able to stand up for themselves. As former UCLA gymnastics coach Val Kondos Field told ESPN, “A lot of coaches feel that you can’t develop the greatest gymnasts in the world while giving them a voice. They have to be stripped and reprogrammed to be obedient.” Biles’s talent and experience gives her the power to speak up.

Just as Natasha ultimately helps protect her sister Yelena, Biles has offered a refuge to her teammate Jordan Chiles. Chiles stepped away from the sport after her experience with high-pressure coaches who demanded that she give up solid food in order to lose weight. Biles invited Chiles to come to Texas, to train at Biles’s own gym—not a gym she simply attends, but one she owns. It’s a space built by a gymnast for gymnasts.

Together, Biles, Chiles, and the rest of the team will compete together for medals in Tokyo, but, when they return home, it won’t be a time of respite. Their real struggle continues, with many elite gyms still led by little Dreykovs, convinced that they create and deserve to control their athletes. Changing the culture won’t happen in one climactic battle, but in a long fight for de-Ba’athification, purging the poison wherever it’s found.

Leah Libresco Sargeant is the author of the books Building the Benedict Option and Arriving at Amen and runs Other Feminisms on Substack. Twitter: @LeahLibresco. 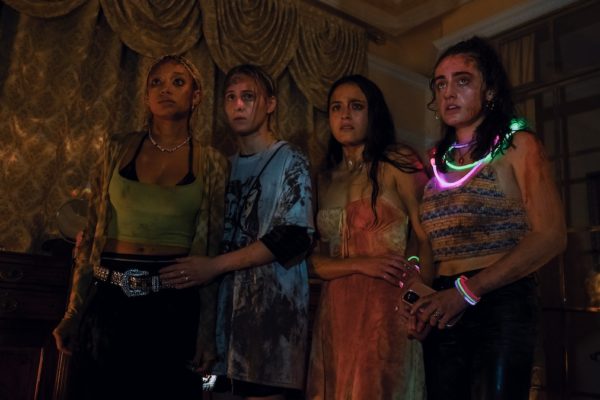