One of the first times I ever saw a performance by Philip Baker Hall—the beloved character actor who died Sunday at the enviable age of 90—was during the initial airing of the season three episode of Seinfeld, called “The Library.” The plot, very briefly, involves Jerry discovering that he owes a large debt to the New York Public Library for a book he failed to return back in the 1970s. Hall plays Mr. Bookman, the library policeman, who interrogates Jerry, and treats his job as if he were Joe Friday solving murders and other such serious crimes. I doubt that many of those familiar with that venerated television show would disagree with me when I say Hall’s work in that episode is arguably the single funniest guest appearance over the course of its nine-season run. You can see Seinfeld trying to hold back laughter when Hall whips around on him and says, “You think this is all a big joke, don’t you,” or puts his finger in Jerry’s face, saying “Well let me tell you something, funny boy!” and “Well I got a flash for you, joy boy!” I could quote his lines all day long, but those lines wouldn’t work half as well if Hall ever winked once, ever played it as anything other than straight ahead. Hall’s Mr. Bookman is a masterpiece of comic acting. “Before Bookman, my agent would say, ‘Well, they really liked your work, they really love you, but they don’t think you’re right for this,’” Hall said in an interview with the AV Club. “After Bookman, there was no door closed to me in the industry.”

Which is interesting, because outside of a few well-known performances, I don’t believe Hall was normally thought of as an actor who specialized, even occasionally, in comedy. But in fact he did. Hall began his film career in 1970, but didn’t get a real break until 1984, when he appeared as Richard Nixon in Robert Altman’s adaptation of Donald Freed and Arnold M. Stone’s play Secret Honor. This was during Altman’s years in the wilderness, after H.E.A.L.T.H. and Popeye tanked, and before The Player gave him new life. The film begins with Hall’s Nixon putting a loaded gun on his desk, and ends with him shouting “Fuck ‘em!” into the camera. In between those images is a one-man show, with Hall recording Nixon’s infamous tapes into a microphone (the text isn’t a transcript, but rather a fictionalized impression). It is a raging, stuttering, crazily paranoid performance, one of such sweaty energy, almost right out of the gate, that while watching Hall you might wonder if either of you can sustain this for 90 minutes. Because it really is just Hall on screen, no other actors are involved. But Hall is utterly mesmerizing: funny, empathetic to the tragedy of the man, and tireless. Tireless, yet exhausted. As the film winds down, as crazed as his Nixon becomes, Hall imbues that mania with a hidden tiredness that makes it feel as though after he yells obscenities at us, he could very well sleep for two days straight.

In her review of Secret Honor (only quotes of which are available online), Pauline Kael, overreaching for neither the first nor the last time, described Hall’s performance as “an acting feat by a man who probably isn’t a great actor.” She would be proved wrong several times over in the years to come, as Hall’s talents were increasingly sought out by filmmakers who knew a good thing when they saw it. Though it would be a while before he landed another high profile role, Hall continued to act steadily, and memorably, in films such as Three O’Clock High (1987) and Midnight Run (1988), in which he plays an attorney failing to calm the violent instincts of his mob boss client. Like most working actors, Hall’s roles alternated regularly between TV and film, until 1993, when things changed significantly for him. 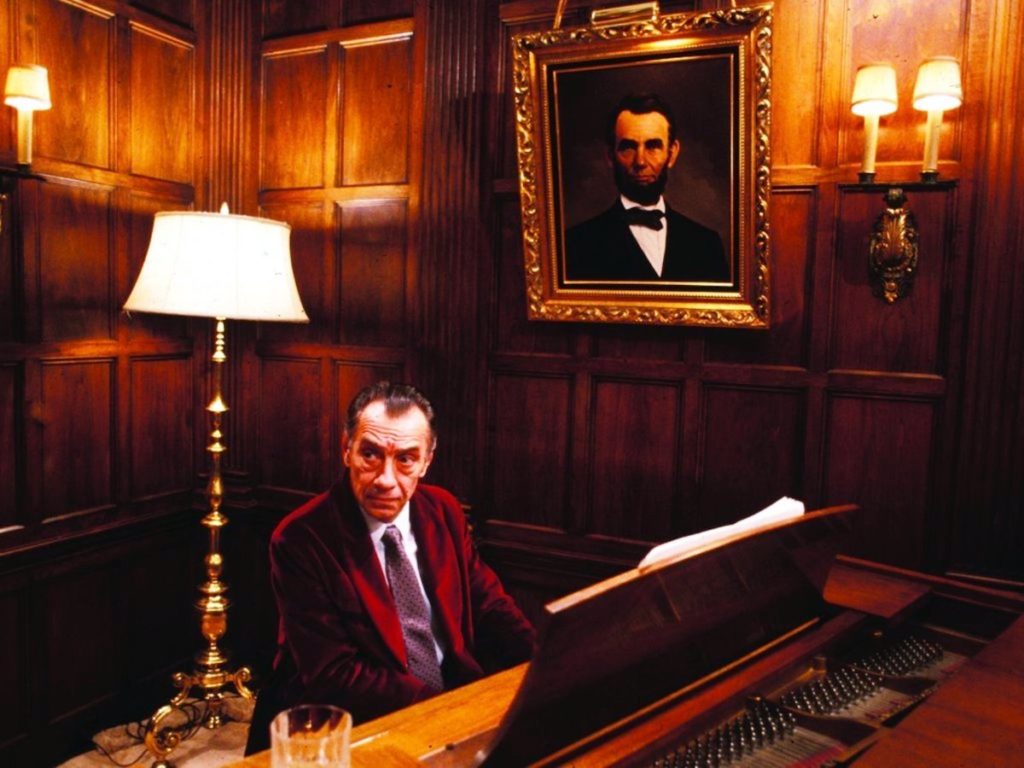 That year, Paul Thomas Anderson made a short film called Cigarettes & Coffee, which starred Philip Baker Hall as an aging, veteran Reno gambler named Sydney. That film became a bit of a sensation and was accepted into Sundance, which led to Anderson expanding it into his first feature film, called Hard Eight (1996). The movie is about Sydney, who seems, at first, to randomly meet John (John C. Reilly), who has recently lost virtually all his money at the casinos. John wanted to win money to bury his mother, and Sydney, as a gambler who knows the ropes, offers to help him at least survive for a while. The plot eventually turns into a kind of noir about guilt and redemption, Sydney’s past being a regrettably dark one, involving a sweet, but desperate and hot-headed, prostitute named Clementine (Gwyneth Paltrow), who John falls in love, and makes very bad decisions, with, and Jimmy (Samuel L. Jackson), a low-level crook who discovers Sydney’s secrets and threatens to expose them to John.

Nowadays, Hard Eight is widely considered to be the least of Paul Thomas Anderson’s filmography, which, given that this includes movies like There Will Be Blood, The Master, and so forth, I suppose is as objectively true as such estimations can be. But that doesn’t mean it’s not terrifically absorbing, and it especially doesn’t mean that Philip Baker Hall’s Sydney is any less than a stellar piece of work. In the commentary track on the Hard Eight DVD, Anderson, not coincidentally an Altman acolyte, says that Hall is his “favorite actor in the whole world,” and “the great American actor.” Anderson also says that, outside of Secret Honor and a few other roles, he believed that most of the work Hall was doing was beneath him. Well, Anderson gave Hall a role that was worthy of him. I remember upon seeing the film I wanted my dad to watch it. Our tastes didn’t always match up, but I had a feeling about this one, and after he watched it, my dad said to me “I just kept thinking, ‘Who is this guy?’” Meaning Sydney, and only Hall could make the mystery of that character so naturalistic and compelling.

There is, I suppose, an irony in the fact that Anderson was initially drawn to Hall by the actor’s flamboyant performance in Secret Honor, because his performance in Hard Eight is so quiet, so subdued, everything is beneath the surface and behind his eyes. As good as Hall’s co-stars are, next to him they seem to be giving performances. Hall is just Sydney. Probably my favorite scene in the whole film is when the almost terminally naïve John introduces Jimmy to Sydney in a Reno casino. Sydney is sitting alone when the two show up. Sydney immediately dislikes the brash, arrogant, and rude Jimmy, mainly because Jimmy says something lecherous to a waitress. After Sydney calmly asks Jimmy to keep such comments to himself, Jimmy protests that waitresses like that kind of talk, and Sydney says, “I just don’t want it coming from my table.” More than any other single moment, this line establishes who Sydney is, an old school gentleman gambler, possibly of myth, and Hall’s delivery of it, with his unique rasp and Basset Hound eyes, somehow adds a hint of menace, a threat, that seals the antagonism between him and Jimmy, and antagonism which will, eventually, blow up. 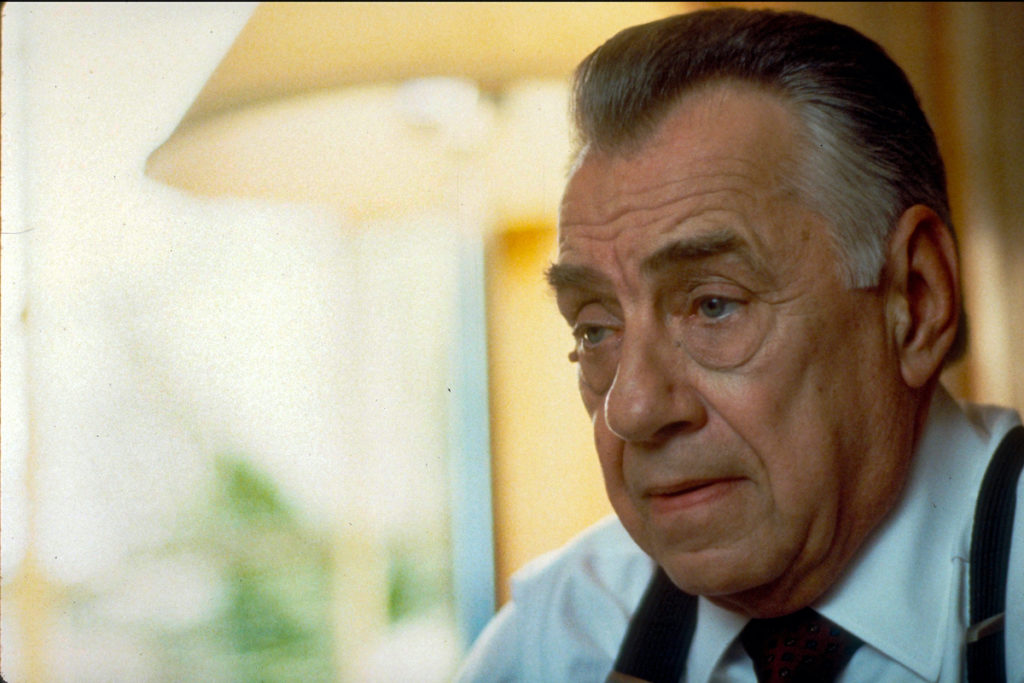 Hard Eight got noticed, but not as noticed as Anderson’s follow-up, Boogie Nights (1997), which features Hall in a small part as a pornographer who doesn’t put on the airs of the pornographers who are central to the story. He has some very memorable lines in his brief screen-time, let’s just say. Then came Anderson’s Magnolia (1999), in which Hall, part of a large and sprawling ensemble, plays Jimmy Gator, a quiz show host whose vile crimes against his daughter (Melora Walters), as well as his rampant, almost medicinal alcoholism (“I’ve got a lot of drinking to do”), combine to make him slowly dissolve over the course of the 188-minute epic. Hall plays a hateful man, but he plays him as a man who hates himself more than anyone else ever could, a man who is silently trying to obliterate his mind, his memory, and if he dies, then he dies. I don’t know if this performance could be described as empathetic, exactly, but it is definitely haunted. Hall moves through the later stages of the film like a shadow.

Hall didn’t work with Anderson again after that. Who knows why. It probably had more to do with scheduling, or the absence of a part suited to Hall, than anything else. Either way, Hall kept working, both in television and film. He’s in an episode of Curb Your Enthusiasm, for instance, and in David Fincher’s Zodiac he plays a handwriting expert who doesn’t really help out the homicide detectives trying to find the notorious serial killer at all. He really never stopped, from 1970 until 2020. I hope he stopped because he realized he deserved a break. He’d done enough. Being one of the great American actors must be exhausting.