It happened last weekend while I was watching Army of Thieves, Netflix’s Zack Snyder-produced prequel to Army of the Dead.

A character, while describing the plan for a “comically easy” bank heist, uttered the following line of dialogue: “You know how sometimes in a heist movie, they show a flash-forward of how the heist should work?” To which another character replies “And it never goes according to plan?” And then they show what we think is a flash-forward of the heist going according to plan but then at the end of the flash forward they’re sitting in a van with the loot and we realize this wasn’t a flash-forward at all, it was the actual heist.

It happened again on Monday as I watched Red Notice in a theater ahead of its debut on Netflix this weekend; one of the characters was poking around a big room full of stolen treasure, crates stacked ceiling-high. He’s searching for the object the assembled team of thieves is trying to steal, and as he puttered about he muttered to himself something along the lines of “The box should be labeled ‘MacGuffin.’”

Because as we, the sophisticated audience, know, international art thieves Nolan Booth (Ryan Reynolds) and the Bishop (Gal Gadot), and FBI Agent John Hartley (Dwayne Johnson) are looking for “a seemingly crucial but actually trivial plot element … that sets a thriller’s frenzied action in motion,” the definition of “MacGuffin” in David Kamp and Lawrence Levi’s The Film Snob’s Dictionary. The line is a wink, a sly in-joke, a nod to the fact that writer-director Rawson Marshall Thurber knows that we know that the characters know that this is all good fun, a silly and slight romp, an excuse for the swell set to charm us with their whimsy.

Mostly, though, it’s just kind of annoying. Screenwriters, directors, producers, I’m begging you, please: Stop having characters in a movie remind us that we’re watching a movie.

Then again, maybe Netflix needs to remind us that productions like Red Notice are movies rather than algorithmically generated collections of stars and plot points. Red Notice is the platonic ideal of a Netflix production, with many movie-like elements. It has, arguably, the three biggest stars in the world—Reynolds, Johnson, and Gadot are all key components of multiple franchises and all remain the closest thing to a box office draw we have outside of brand names like “Marvel”—and it features a number of expensive sets in a number of glamorous locations. 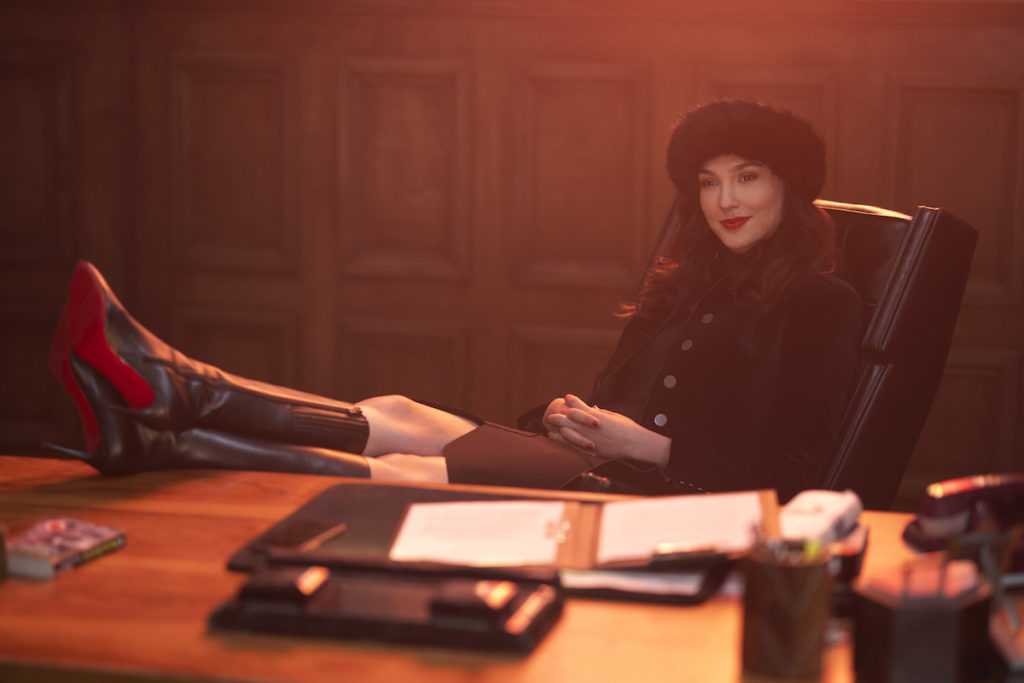 It does indeed have a MacGuffin, in the form of “Cleopatra’s Eggs,” a fictional trio of priceless treasures given to the Greco-Egyptian queen on her wedding day that disappeared when she died. An Egyptian billionaire has offered a bounty of $30 million for them so he can present them as a gift to his daughter, also named Cleopatra, on her wedding day. Two of the eggs are floating around—one in a museum, one holed up in an arms dealer’s private collection—while the third has been lost to the sands of time, though Booth has a pretty good idea of where it is. Which means the Bishop needs Booth to find it. And Hartley needs to take both of them down to clear his name with Interpol Inspector Urvashi Das (Ritu Arya), who believes the FBI agent has pilfered one of the eggs for himself.

As longtime readers know, I’m a sucker for Reynolds’s particular brand of smarmy charm, I find the Rock to be a winning screen presence even in relatively clunky vehicles like The Jungle Cruise or Rampage, and Gal Gadot’s smile is always a welcome sight on screens big and small. The story is competently told; most of the twists you can see coming a mile away, but you’re also never left wondering what happened or why. It is, visually, inoffensive to the eye.

“Inoffensive competence” is Red Notice’s métier. There isn’t a single memorable image or line of dialogue, aside from the one about MacGuffins above that annoyed me. It feels like watered down Michael Bay, with knock-off parallax shots and some drone work that made me yearn to re-watch the Ambulance trailer that played in front of Red Notice just so I could feel anything at all.

The good news for Netflix is that this flick will undoubtedly be watched by 95 million people for at least two minutes, or whatever metric they’re using to justify spending $200 million on a picture like Red Notice. The bad news is that no one will remember it exists four weeks from now, just another piece of content swallowed by the big red N’s maw.