Senate Republicans had a plan for handling the politics of abortion through the 2022 midterms. The plan was to defend the Supreme Court’s Dobbs decision as a return to state control of abortion policy. That’s a more popular position than banning abortion nationwide, and it gives Republican Senate candidates in purple states license to duck the issue. They can signal to pro-choice voters that it’s safe to ignore abortion—and focus instead on inflation and other GOP-friendly issues—when deciding how to vote in federal elections.

Senate Minority Leader Mitch McConnell followed this playbook last week when reporters asked him about abortion. “Most of the members of my conference prefer that this be dealt with at the state level,” he said. In a nod to purple-state voters, he added: “Every Republican senator running this year in these contested races has an answer as to how they feel about the issue. And it may be different in different states.”

McConnell’s plan was sensible. But his colleague, Lindsey Graham, is wrecking it. Last Tuesday, Graham introduced legislation that would prohibit nearly all abortions shortly after the first trimester. And on Sunday, in a Fox News interview, Graham sabotaged the McConnell strategy. He trashed the states’ rights argument, telegraphed his intention to outlaw abortions at every stage, and urged pro-life voters and activists to press Republican senators to support a federal ban.

Graham thinks his bill is politically smart because it sets up, in his mind, a contrast between two different points in pregnancy at which abortions could be prohibited. His position is that except in cases of rape or incest or to save the woman’s life, all abortions should be illegal after 15 weeks. The Democrats’ position, as expressed in two related bills they backed this year—one bill passed the House, the other fell short in the Senate—is that all abortions should be legal until fetal viability, which is roughly 22 to 24 weeks. (Graham says the Democratic bills would allow “abortion on demand up to the moment of birth.” But that’s not true.)

Republicans might win a debate between a 15-week limit and a 23-week limit. Depending on how the question is asked, a 15-week limit often polls well. But Graham is naïve to think that this is how most voters will view the debate. They’re much more likely to focus on other aspects of his bill: congressional overreach and a slippery slope to complete prohibition.

In the Fox News interview, Graham demolished his Republican colleagues’ portrayal of Dobbs as a vindication of states’ rights. In the Dobbs decision, the Supreme Court said “it’s up to elected officials, state or federal,” to legislate on abortion, Graham pointed out. That’s true, and it’s often misunderstood. But as Graham clears up that misunderstanding, explaining that Dobbs empowered Congress to ban abortions in every state—and that this is what Graham and many of his colleagues intend to do—the backlash against Dobbs, the GOP, and McConnell’s Senate candidates will grow.

In particular, McConnell wants to pacify pro-choice voters in liberal states. He wants them to think that abortion will remain legal in their states, and that therefore they don’t need to worry about abortion rights when deciding whether or how to vote in congressional elections. But Graham, in the Fox interview, directly threatened these voters. Pro-lifers won’t “sit on the sidelines and watch abortion policy in Maryland and California abort a baby up to 38 weeks,” said the senator from South Carolina. He went on: “I am not going to allow a baby in Maryland or California to be dismembered at 38 weeks.”

If the debate were truly about the 38th week, Republicans would easily win it. Instead, Graham has drawn the line far earlier. In the interview, he pointed out that two years ago, he had proposed a ban at 20 weeks. “I had 51 Republicans voting with me,” he noted. Since then, he has narrowed the time frame by five weeks. And why stop there? “France is at 12 weeks,” he observed. In several states, Republicans have banned abortions at six weeks. The message to voters, in effect, isn’t that Republicans want a 15-week limit. It’s that they’re on their way to outlawing all abortions.

In his conversation with Fox anchor Shannon Bream, Graham repeatedly described his bill as a “minimum standard” that would leave room for state bans—or, in theory, a future federal ban—prior to 15 weeks. His purpose in using this phrase is clear: He wants pro-life voters to understand that he’s not asking them to settle for a 15-week limit; he has larger ambitions.

But you can’t talk this way on Fox News and expect pro-choice voters not to find out what you said.

To justify overriding the laws of Maryland and California, Graham cited the Fourteenth Amendment, which says no state may “deprive any person of life, liberty, or property, without due process of law; nor deny to any person within its jurisdiction the equal protection of the laws.” Among pro-lifers, this amendment is understood as the constitutional basis for treating fetuses as persons. But once you invoke the Fourteenth Amendment—indicating that you regard all unborn human beings as persons under the Constitution, regardless of their stage of development—it’s clear that 15 weeks is just another milestone on your journey to full abolition.

The Fourteenth Amendment position implicitly rules out a policy of deference to states. In his interview, Graham underscored this point. When Bream played a clip of McConnell defending states’ rights, Graham sharply rejected that position. “To all the states’ rights people: There’s a lot of things been done in this country under the name of states’ rights that [were] wrong,” said Graham. “This is a child in being, developing, becoming a human being.”

If you’re devoutly pro-life, it can be exhilarating to watch a politician flaunt his resolve to prohibit all abortions in every state. But if you’re pro-choice, it’s alarming. And if you’re McConnell, it’s a headache. McConnell just wants to make things easy on Republican senators and Senate candidates. He doesn’t want Ron Johnson, Mehmet Oz, Adam Laxalt, and other purple-state GOP nominees to be put on the spot about a federal ban.

Apparently, Graham does. In the interview, he exhorted pro-lifers to hold Republican lawmakers’ feet to the fire. Without using McConnell’s name, he called for a direct assault on McConnell’s position. “Here’s the question for the pro-life movement: Are you going to accept the Republican party who tells you Washington is out of business?” Graham asked. “I don’t think you will. I don’t think you should.”

Not every senator is unhappy with Graham’s sabotage of McConnell. Chuck Schumer, the Democratic majority leader, is delighted. Last week, as Graham unveiled his bill, Schumer touted it as further evidence of McConnell’s deception. “For the hard right, this has never been about states’ rights. This has never been about letting Texas choose its own path, while California takes another,” said Schumer. “For MAGA Republicans, this has always been about making abortion illegal everywhere.”

That’s not true: Plenty of pro-life Republicans would settle for an arrangement in which each state adopts its own policies. But Schumer knows that his party’s best hope is to make the midterms a referendum on a nationwide abortion ban.

Graham, for his part, says he isn’t focusing on the politics. He says he’s pushing his bill based on moral conviction. Given the damage he’s doing to his party, I believe him. 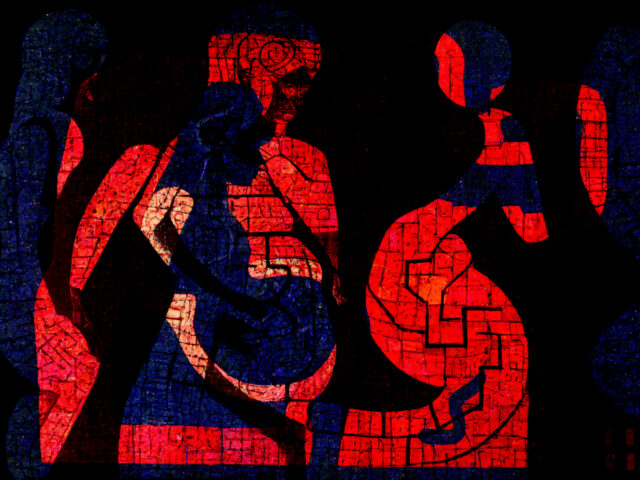 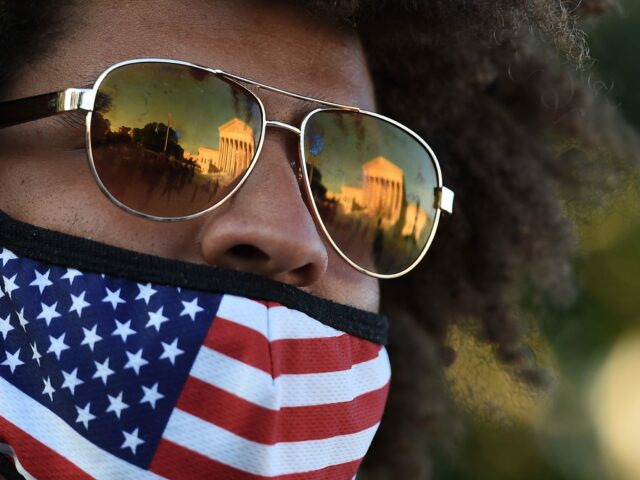 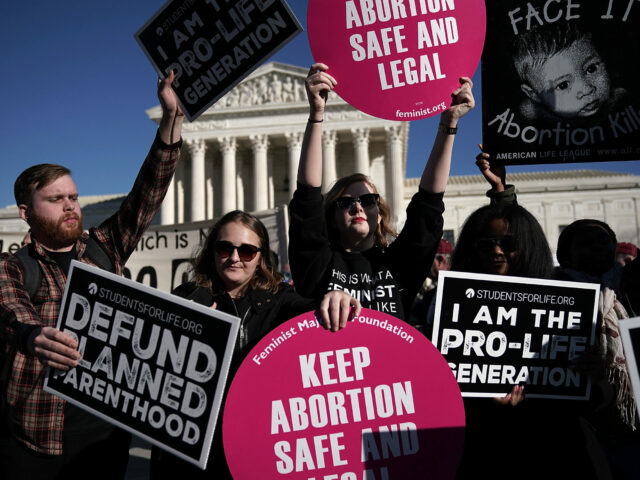