The Crisis Is Not Over. Congress: Get to Work.

Modern constitutions often include strong executives to contend with national emergencies. But what if the executive is the emergency?

Our Constitution, like many of the other national constitutions written after it, provides mechanisms for accountability—including the impeachment process that was invoked in 2019-20 following President Trump’s efforts to enlist a foreign power to smear his political opponent in an election. The accountability mechanisms are designedly slow and deliberate.

But emergencies require speed and action—qualities we purposely invest in executives, not legislatures. And executive power is always in being. The person who is president sleeps, but executive power never does, as vividly illustrated in modern times by the sentinel outside the presidential bedroom who holds the nuclear codes. Congress, by contrast, often suspends its business and periodically goes on recess.

Nevertheless, Congress has the tools to meet this moment.

The final two weeks of the interregnum before the inauguration of our president-elect are a time of genuine peril for the United States. It may be, as some optimistic observers have suggested, that President Trump will not attempt to take any other anti-democratic actions in his remaining days in office—but we have no guarantee of that. We don’t know how he might abuse the presidential pardon power in his remaining days in office. We don’t know what else, in moments of pique and pettiness, he might attempt. We don’t know how he might choose to use the social media outlets that remain available to him. Moreover, it is hard to believe that he will be attending to the responsibilities of the office that require attention—not least those relating to the pandemic that is reaching terrible new milestones.

So it is imperative that Congress use all of the power at its disposal to generate an emergency government. Here are many of its resources:

1. Congress needs to stay on the job. It needs to stay in session, its members in Washington, D.C. and not home in their districts. This might seem obvious to anyone with common sense, but Congress is planning to adjourn and its leaders are acting as if surviving a near-death experience of insurrection and issuing strong condemnations and threats of removal are enough to tame an out-of-control president. They are not enough and Congress needs to be on the job.

2. The congressional leadership needs to meet with Vice President Mike Pence and hold serious discussions about invoking the Twenty-fifth Amendment—the discussions need to be private but the fact that they are happening needs to be announced. It was a helpful sign that at her weekly press conference today, Speaker Pelosi did announce that she and Senator Schumer call on Pence to meet with the cabinet and invoke the Twenty-fifth. The vice president’s staff needs to inform the press when such a meeting or conversation will happen. It has been reported that the vice president is not interested. Congressional leaders should press to change his mind.

3. The House Judiciary Committee needs to draft articles of impeachment and Speaker Pelosi needs to set a time for a vote. The speaker need not wait to see whether Vice President Pence and the cabinet act in order for her to act. Indeed, actions by the oath-faithful members of the cabinet and the Congress can and should proceed simultaneously. If one route fails the other remains viable; if both routes are pursued each will enhance the legitimacy of the other.

5. Leaders of Congress, ideally from both parties, need to craft instructions to officers of the United States who work in the Trump administration. Those public servants should be asked to determine how best to follow their oaths of office—oaths to the Constitution, not to the president. Some may choose to resign, as indeed several already have. Others may choose to refuse to enforce illegal orders. Others may choose to keep the appropriate congressional committees apprised of illegal or profoundly unwise orders from the president.

6. The appropriate committees should begin investigations immediately regarding the breakdown of security at the Capitol during the certification of the Electoral College vote. All three of the Capitol’s top security personnel—the House and Senate sergeants at arms, and the chief of the Capitol Police—have resigned, but resignations cannot take the place of responsibility. After ensuring that security measures for the next few weeks and the January 20 inauguration are appropriate, the first and most important question is whether any law enforcement purposely assisted the insurrection or knowingly looked the other way.

7. Speaker Pelosi and incoming Majority Leader Schumer need to begin regular press conferences—together—in which they explain the working of emergency government with complete transparency, answer questions from the press, commit themselves to the proposition that we only have one president at a time—but in a crisis like this one, the interim executive needs to be Vice President Pence. If, in fact, Pence acted in such a role in calling in the National Guard even without the formal constitutional authority to do so, he and they should be transparent about that and about the nature of the emergency we are in.

President-Elect Biden has made clear that he does not want to be involved in impeachment proceedings. He wants to devote his full attention to his transition, to standing up a new administration on January 20, and on making good on his commitment to bring the nation together. All the more reason why Congress needs to lead now, on its own, and ideally with some Republican support.

Pence needs to step up. And Pelosi and Congress as a whole need to stay on the job.

Jeffrey K. Tulis is Professor of Government at The University of Texas at Austin, author of The Rhetorical Presidency, and co-author of Legacies of Losing in American Politics. 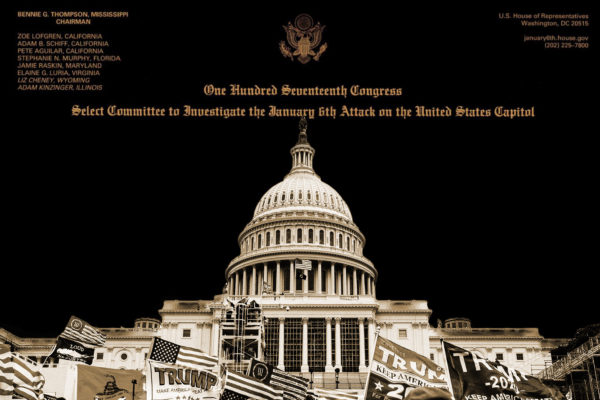 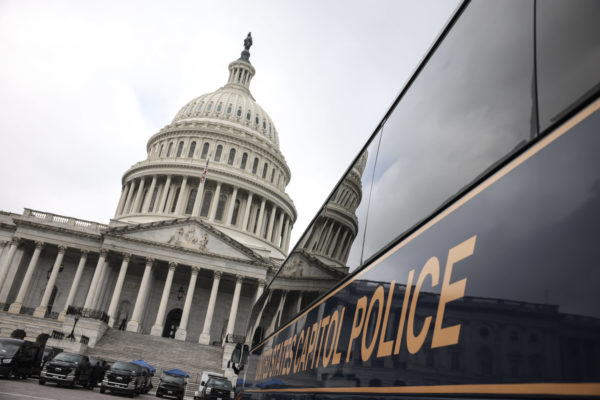 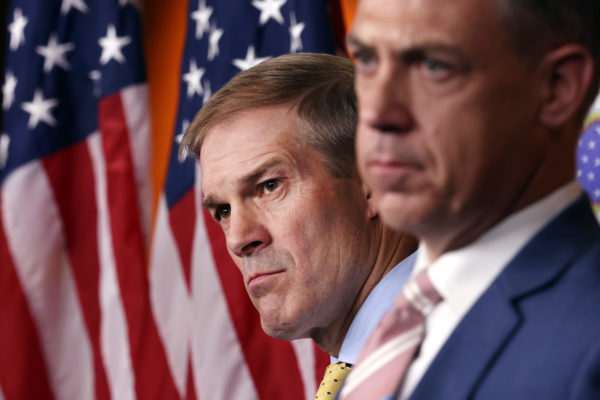 Jim Jordan Doesn’t Want to Grapple with the Truth