Keep up with your favorite Bulwark writers—sign up for a FREE daily dose of sanity emailed right to your inbox. Sign up here.
Support The Bulwark and subscribe today.
Join Now
Russia

The Dictator and the Diva

Of all the different reasons given for Vladimir Putin’s decision last week to order “partial mobilization” of Russian reservists, the most unusual one has been offered—perhaps somewhat tongue-in-cheek—by Oleksiy Arestovych, a top adviser to Ukrainian President Volodymyr Zelensky: that Putin’s move was provoked by a defiant antiwar declaration from a 73-year-old Russian singer who has been likened to Madonna, Tina Turner, and other goddesses of American pop music. What’s more, Arestovych has also asserted that the singer, Alla Pugacheva, had not only emasculated Putin (he put it rather more colorfully) but “driven a wooden stake through [his] coffin.”

A bit of a stretch, perhaps; but Pugacheva is a fascinating figure, and her open antiwar stance could be a big deal, particularly as Putin’s “special operation” becomes more and more of a blatant fiasco.

When I was a teenager in Moscow in the 1970s, Pugacheva was an absolute idol, not only for my peers but for older teens and young adults. (My cousin, a few years older than I, had a Pugacheva shrine in her room.) She was, even at the time, something of a rebel—not political but cultural. In an era when Soviet pop singers were decorous, bland, and respectable, and mostly limited themselves to either patriotic or sentimental fare, Pugacheva was brash, sassy, and unabashedly individualistic. She strutted about the stage, danced as she sang and directly engaged the audience, and sometimes punctuated her songs with a triumphant laugh.

She chose decidedly unconventional subjects; one of her best-known songs, “Arlekino” (1975), was the monologue of a traveling jester whose only purpose is to spread laughter everywhere he goes (“I’m Harlequin, a jester—I am laughter”). Another, “Kings Can Do Anything” (1978), was a ballad about a fictional “King Louis the Second” who fell in love with a simple village girl he saw driving a flock of geese near the castle and discovered that he wasn’t allowed to marry her. The refrain declared:

According to the 2009 biography by Fyodor Razzakov, Alla Pugacheva: Born in the USSR, Pugacheva and her manager were concerned that “Kings” could be banned because its words about the futility of royal power could be seen as a swipe at then-Soviet leader Leonid Brezhnev. But the song went ahead, and Brezhnev, apparently, adored Pugacheva—even though she never performed “patriotic” Soviet songs. Official newspapers sometimes slammed her as trashy and vulgar, but by then she was so beloved by millions that she was essentially untouchable—even when she went so far as to defiantly rip to pieces, onstage during a concert, a newspaper that had published such an attack. Despite her unorthodox behavior, she was mainstream enough to appear, year after year, in the New Year’s Night TV entertainment program Goluboi ogonyok (“The Blue Light”), watched by pretty much everyone in a country with only four channels. In 1979, she starred in the semiautobiographical musical The Woman Who Sings, playing a pop singer who breaks all the rules, leaves an unsupportive husband, and achieves enormous success; the film, for which she also wrote several songs under a male pseudonym, was a huge hit.

As Arestovych put it, “The system should have crushed her—but it didn’t.”

Today, Pugacheva is obviously way past the pinnacle of her career, but she is certainly not a has-been—more like a semiretired star who has continued to perform, as recently as 2019, and to be the center of public attention. (One need only watch the ecstatic reception she got in 2014 when she performed on Rossiya-1 television for a celebration of her 65th birthday.) She got awards from Mikhail Gorbachev, Boris Yeltsin, and Vladimir Putin. She had a decidedly unorthodox private life; in 2011, she married husband number 4, the comedian Maxim Galkin, 26 years her junior and reportedly her live-in partner of ten years; they have 9-year-old twins, a boy and a girl, via a surrogate.

Reports that Pugacheva was sympathetic to the opposition had circulated for a long time; in 2011, she joined the “Right Cause,” a tame but still liberal party led by businessman Mikhail Prokhorov. Nonetheless, she did not publicly speak out.

Then came the war in Ukraine.

Galkin—who had appeared with fellow comedian and future Ukrainian president Volodymyr Zelensky on both Ukrainian and Russian television in the 2010s—was among the first prominent Russian figures to raise his voice against the invasion. “There are no words to express what I feel,” he wrote on Instagram on February 24, noting that he had been in touch with friends and relatives in Ukraine. “How is this possible! There is no justification for war. No to war!”

The backlash was swift: Galkin’s upcoming live shows were promptly canceled, and he was kicked off a television show on which he had regularly appeared. The couple moved to Latvia and then to Israel, where Galkin gave a series of sold-out shows for Russian speakers and criticized the war in several Instagram videos. Pugacheva refrained from overtly political subjects but was not shy about parrying attacks: In March, when Moscow priest Andrei Tkachev made a jeering remark in his sermon about how the air had been purified by Pugacheva’s exit from Russia, she posted a response video on her own Instagram channel unflappably promising to return and concluding, “I’ll come to your church and pray for you, blasphemer.” (Both Galkina and Pugacheva ignored a talk show comment from RT head Margarita Simonyan slamming Galkin as “an obviously gay man who married an old woman for money”—a swipe that even many otherwise loyal Russians felt descended too far into the gutter.)

In September, Pugacheva did return to Moscow to take the children back to school and attend Mikhail Gorbachev’s funeral. Her Instagram post on Gorbachev left very little doubt about her political stance, lamenting “the era in which we found freedom, ceased to be the ‘Evil Empire’ for the whole world, and stopped fearing for the future of our children” and praising Gorbachev for having “rejected violence as a tool of politics and a way to maintain his own power.” She concluded by urging a search for “compromise” and adding, “I hope it’s not too late.”

Then, days later, the singer found herself in the middle of a political firestorm when Galkin was officially branded a “foreign agent,” supposedly for taking money from Ukraine. Pugacheva then posted a message on her Instagram channel addressing the Russian ministry of justice and asking to be labeled a foreign agent as well:

I am in solidarity with my husband, an honest, decent and sincere person, a true and incorruptible patriot of Russia, who wishes his Motherland prosperity, a peaceful life, freedom of speech, and an end to the deaths of our boys for illusory goals that are turning our country into a pariah and making our citizens’ lives worse.

While some criticized Pugacheva for making no mention of the death and devastation inflicted on Ukrainians for those same Russian “illusory goals,” her statement is perfectly calibrated to appeal to the Russian public. It is particularly significant that, as Arestovych and others have pointed out, she is a favorite for Russians over 40—that is, the demographic most supportive of Putin. More than a favorite: a huge part of their lives. Arestovych argues that “Auntie Alla” represents precisely those rose-colored nostalgic dreams of a romanticized Soviet world that Putin has consistently exploited: not the Soviet Union as a political entity but Soviet culture with a human face and with a sense of belonging to one big family; thus, he believes, her revolt will have a particularly devastating effect.

Is Arestovych getting carried away? Maybe. But some expatriate Russian commentators, such as political satirist Viktor Shenderovich, take a similar view. “The fact that they messed with Pugacheva’s husband may cost them dearly,” Shenderovich told Ukrainian television. “Because Alla Pugacheva is one of our foundations—yes, her, certainly not Orthodoxy or empire.” If you look at how people really feel, Shenderovich added, Pugacheva’s popularity exceeds Putin’s many times over. Some even see a symbolism in the fact that Pugacheva shares a last name with a notorious eighteenth-century Russian rebel, Yemelyan Pugachev, a Cossack chief who led a massive popular insurrection, the “Pugachev rebellion,” in 1773-74.

To think that the “Pugacheva rebellion” will vanquish the Putin regime is, of course, a fantasy. Still, it is noteworthy that the regime is treading carefully: neither Putin nor his spokesman Dmitry Peskov has attacked the singer publicly. (Pugacheva, who remains in Russia for now, is being investigated by law enforcement for “discrediting the Russian army,” a charge that can carry a fine or even a jail term; but presumably the authorities are not so insane as to try to lock her up.) Will she speak out again, which would likely move the needle of public opinion? Would she go so far as to attend a protest, which could potentially galvanize the protest movement? These are things that bear watching.

In recent days, many people have recalled a mildly subversive joke that went around in the 1970s: an entry in a twenty-first-century encyclopedia describes Brezhnev as “a minor politician in the era of Alla Pugacheva.” The modern-day update applies the same trope to Putin. That’s still a joke, of course. But we do live in the twenty-first century, and who knows what the showrunners will think of next? If a Jewish comedian could become the president of Ukraine and a hero acclaimed by the world, why can’t an ageless pop singer in her seventies become Russia’s first woman president? 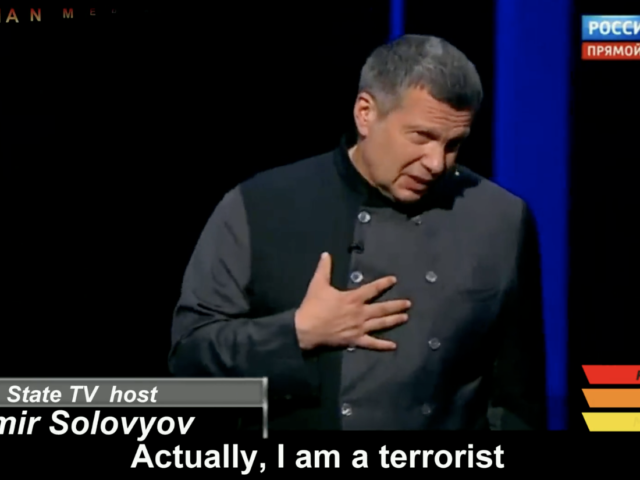 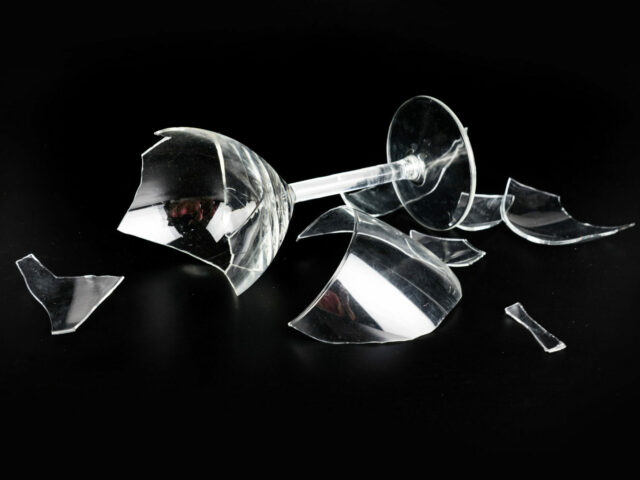