The Election-Reform Bill That Might Just Save Our Democracy

Unlike H.R. 1, the new Freedom to Vote Act has the backing of Joe Manchin.
by Kimberly Wehle
Voting rights activists hold a sign that reads "Freedom To Vote" during a “Good Trouble Candlelight Vigil for Democracy” at Black Lives Matter Plaza July 17, 2021 in Washington, DC. (Photo by Alex Wong/Getty Images)
Share on Facebook Share on Twitter Share via email Print

For those of us who have spent years shouting from the digital rooftops about the increasingly dire outlook for American democracy, this week brought a promising development: The announcement of a new election-reform bill that has the backing of several key moderate Democratic senators.

Sen. Amy Klobuchar is introducing the Freedom to Vote Act, an ostensible replacement for the bulkier For the People Act, which passed the House as H.R. 1 back in March but stalled in the Senate because it lacked the support of moderate Democrats. Right out of the gate, however, Klobuchar’s new bill has the support of Sens. Tim Kaine, Angus King, Jeff Merkley, Alex Padilla, Jon Tester, Raphael Warnock, and—crucially—Joe Manchin, whose support or lack thereof has been decisive on various bills before the Senate this session.

Like the earlier bill, the Freedom to Vote Act offers a uniform federal response to the toxic anti-voting laws that have spread across the country in the wake of the January 6th insurrection and Donald Trump’s Big Lie about last year’s election. Senate Majority Leader Mitch McConnell has already come out opposing the new bill, but even he cannot evade the merits of common sense.

According to the Brennan Center for Justice, as of July, 18 states had enacted 30 laws this year that make it harder for regular people—all of us, not just the ever-elusive “fraudsters”—to vote. Over 400 bills that restrict voting in some way have been introduced in 49 states. Although these are sometimes described as “voter suppression” measures, a better term is “anti-voting” laws, because that’s their raison d’être: imposing stricter and arbitrary identification requirements, purging legitimate voters from the rolls, shortening the window to apply for and/or submit mail-in ballots, restricting assistance for voters who use the mail, limiting access to ballot dropboxes, increasing barriers for voters with disabilities, banning snacks and water to voters waiting in line, reducing the locations or hours of polling places, eliminating registration on Election Day, shrinking the days or hours for early voting, and so on.

Meanwhile, nobody has been able to gin up any meaningful voter fraud. Considering the size of the country, real voter fraud is vanishingly rare. (Fraud involving those on the ballot for office is easier to come by, ironically.)

Worse, laws that encourage potential violence around elections and/or punish election officials for making honest mistakes are on the horizon. A recent survey revealed that a third of local election officials have felt unsafe due to harassment, with social media vitriol cited as a key concern. Florida enacted a law that could impose a $25,000 fine on election supervisors for leaving ballot dropboxes open outside set hours. Iowa passed a bill pinging workers with a $10,000 penalty for a “technical infraction” of election rules, and Texas has made it a felony to send voters absentee ballot information that was not specifically requested. Texas has also empowered random citizen “poll watchers” to have “free movement” at polling places, to watch “the sealing and transfer of a memory card, flash drive, hard drive, [or] data storage device” and to hound election workers as they transfer materials to a regional tabulating center. (Meanwhile, Texas also just passed a disturbing law allowing Texans who legally own firearms to carry them openly in public without a permit or any training.)

This is not to mention the faux election audits, like the comical but dangerous mess in Maricopa County, Arizona, and various attacks on vote certifiers, like Georgia Secretary of State Brad Raffensperger, who refused Trump’s request to “find” enough votes to hand the win to Trump, the losing candidate (aka to commit election fraud). Georgia’s latest package of revised election laws took that power from the secretary of state and handed it to the state’s Republican-dominated general assembly, which now gets to choose a “nonpartisan” chair of the state elections board in future elections. Bloomberg reports that, across the country, the “once-obscure state-level job of overseeing elections has emerged as a prime target for wealthy donors and national organizers from both parties seeking an edge in the 2022 midterms that could shift control of Congress.”

For his part, McConnell cynically asserts that “I’ve taken a look at all the new state laws—none of them are designed to suppress the vote.” Ahem.

Unfortunately, the new Freedom to Vote Act would do little to stave off true election theft in 2024, currently made possible by gaping holes in the arcane Electoral Count Act of 1887 that were laid bare on January 6. These include the absence of any legal requirement that states base their Electoral College certifications on the popular vote rather than legislators’ will, or a parallel mandate that Congress respect the state certifications. The joint session of Congress on January 6 after a presidential election is supposed to be a purely ceremonial transfer of power; this year’s events show how it could be used to steal democracy from voters in 2025.

But Klobuchar’s 588-page bill does a number of things to push back against shameless anti-voting laws at the federal level (which is perfectly constitutional, mind you)—including addressing Republicans’ largely false claims of widespread election fraud and insecurity. Its veritable cornucopia of voter-friendly reforms includes:

The act also takes a stab at nonpartisan redistricting reform, pushing back on abject gerrymandering that enables entrenched politicians from both parties to pick their voters rather than the other way around. It establishes criteria for drawing districts “to represent communities of interest and neighborhoods to the extent practicable,” forbids favoring or disfavoring of political parties, and enables courts to review new redistricting plans. The bill also addresses loopholes in campaign spending laws involving foreign nationals in elections and the reporting of campaign-related disbursements, including money spent on federal judicial nominations.

The bill even establishes a program for states to carry out “democracy promotion”—activities to improve the operation of and equitable access to elections. Hallelujah!

Bear in mind that the Constitution only gives Congress power to manage federal elections. But down-ballot state and local races inevitably follow suit because it’s impractical to have multiple procedures for different races. Remember, too, that the new 6-3 conservative majority on the Supreme Court is no friend to voting rights, as evidenced by the aggressive 6-3 decision this term in Brnovich v. Democratic National Committee under the Voting Rights Act. The Court might well strike down parts—of not all—of the Klobuchar bill if it becomes law. Yet all told, given how many of these common-sense reforms benefit regular American citizens of all parties who are simply trying to go about living busy and sometimes stressful lives, there is no rational basis for McConnell’s hyperbolic statement that “[t]here is no rational basis for the federal government to take over all of American elections.”

The fact that Joe Manchin, who opposed the prior bill, is a backer of the Freedom to Vote Act is a big deal. It means that Democrats have the votes to get it done on their own, assuming Manchin and Sen. Kyrsten Sinema go along with the filibuster reform that would be needed if Democrats can’t get ten moderate Republicans to sign on. It is difficult to overstate how crucial it is to do whatever it takes in this moment—including tweaking the procedural relic of the filibuster—to pass some version of this law. Without it, we could be one election cycle away from the end of American democracy. 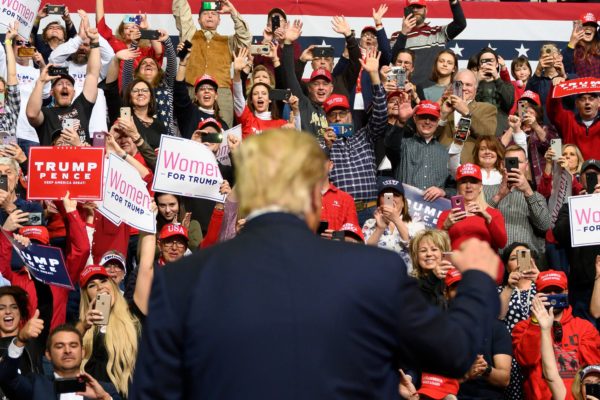 The Limitations of “Norm” Talk 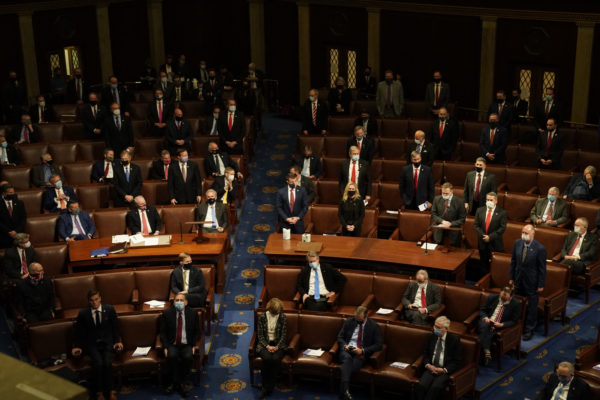 Here’s How We Fix the Electoral Count Act 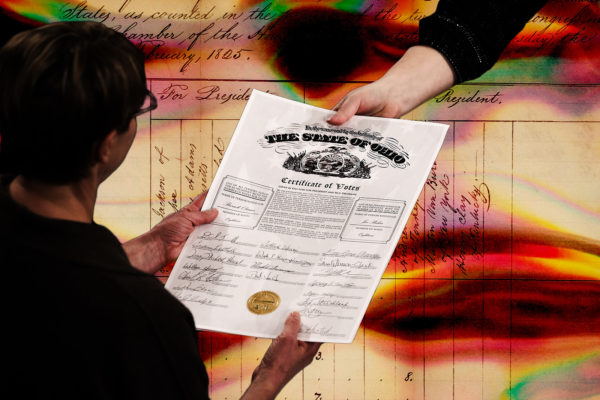 The Crazy, and True, Story of How America Got the Electoral Count Act