A couple of weeks ago, looking at the Republican primaries so far this year, Tim Miller discerned the rise of “the new MAGA establishment”:

But across the GOP landscape another trend is beginning to surface: the power of the new MAGA establishment.

The MAGA establishment is the collection of old guard GOP consultants who submitted to Trumpism, conservative media outlets, and Trump hangers-on who are using their power to try to guide that party towards candidates who are loyal to Trump and squashing two other types of candidates: 1) those who dared oppose him, and 2) the anti-establishment MAGA wild cards they can no longer control. . . .

Some pundits will want to glean something about the power of Trump himself from his endorsement scorecard (he dropped the Idaho governor race with the Pennsylvania Senate outcome still too close to call), but that misses the point.

Trump has consolidated power to such a degree that he wins even by losing, and while his endorsement faxes might not always yield winners, the new MAGA establishment is undefeated in determining who must be made a loser.

Since Miller wrote those words, Brian Kemp and Brad Raffensperger won in Georgia, which would seem to cut against his arguments. But leaving aside the fact that two swallows do not a summer make, the fact is that while both had directly challenged Trump on his Big Lie about the 2020 election, they also both conspicuously professed broader loyalty to Trump’s policies—and even to some degree to Trump himself going forward.

More broadly, if one looks at the Republican party around the country, at both the grassroots and elite levels, there’s not really much question that the new MAGA establishment now rules the GOP roost.

What does this mean?

For guidance, let’s take a quick look back at history—at the last time a new Republican establishment replaced an older one.

I arrived in Washington in the summer of 1985, a young(ish) Reaganite, a foot soldier in the Reagan Revolution, one of a band of insurgents eager to take on not just the left, but also the old Republican Nixon-Ford establishment. And for several years, I and my comrades continued to believe we were “insurgents.” But we weren’t.

And this group, this new establishment, dominated the Republican party at all levels for the next three decades.

When one establishment replaces another, not everything changes. Quite the contrary. The victory of a new establishment within a party (or in a movement) is marked by lots of assimilation, lots of accommodation, and lots of maneuvering as parts of the old establishment find their place in the new.

So plenty of Nixon-Ford Republicans did fine in the years of Reaganite dominance. Take George H. W. Bush and Dick Cheney, for example. And plenty of early- or true-believing Reaganites didn’t do particularly well for themselves. Being an OG Reaganite was not a guarantee of victory in Republican primaries and the most true-blue Reaganite policies didn’t always prevail. But you couldn’t survive in Republican politics if you were anti-Reaganite.

This is what it means to be a dominant establishment.

Politicians who were still suspicious of Reagan’s worldview had to adjust on some key things. They had to silently put their Ford Republican past behind them. They had to sign on to Team Reagan.

Which is how George H.W. Bush and Bob Dole—neither of them original Reaganites—won the next three Republican nominations after Reagan departed. Bush ran in 1988 as Reagan’s vice president. He had become pro-life. He spoke no more of “voodoo economics.”

Even more telling: In the run-up to the 1996 campaign, Dole, looking to navigate the new GOP waters, volunteered, “I’m willing to be another Ronald Reagan, if that’s what you want.”

Looking back, it’s clear: Elected officials already in place when Reagan prevailed changed their positions to accommodate the new regime. New leaders emerged, surfing the wave of Reaganism. And entirely new ecosystems of both media and donors arose in Reagan’s wake. By which point we Reaganites were the new establishment. Even as they—by which I mean, “we”—continued to indulge the idea that we were somehow still insurgents, fighting against some entrenched and powerful other.

If you want to understand what an “establishment” is in politics, it is this: A collection of people, institutions, and ideas which are not all powerful but are dominant to the point of being all-encompassing. The establishment can be, every once in a while, circumvented or leapfrogged. But it cannot be successfully opposed. Which is why the Reagan legacy remained in firm control of the GOP for 28 years after Reagan had left office.

We are now six years into the Trump era and one clearly sees—in the donor and media ecosystems, in the new ideologies (however poorly grounded and tendentious), in the odd combination of orthodoxies that an establishment can enforce and the flexibility it can grant itself—that a new MAGA establishment has been created.

Do not count on it going away soon.

The Trump establishment obviously has no such claims. Instead, Trump’s claim on the party centers around failures. He beat a weak Democratic candidate in 2016 while losing the popular vote. He lost the popular vote by an even bigger margin in 2020, as he became the first sitting president to lose re-election in 30 years. His hold over the party is based not on expansion, but on contraction: He has whittled the party base down to a demographic nub—but it is a nub which is in thrall to him precisely because of its sense of grievance.

Trumpism has tapped into some deep strains in American history and life. It would be foolish to assume that it can now be wished away. If it had been strangled in the cradle—either in 2016, or during the first term, or even after January 6th, 2021—then the story might be different. But it wasn’t. And so it isn’t.

In 1954, Winston Churchill looked back at 1919 and said, “If I had been properly supported in 1919, I think we might have strangled Bolshevism in its cradle, but everybody turned up their hands and said, ‘How shocking!’”

And so in 2016, and throughout Trump’s first terms—especially at the times of the impeachments, and after January 6th—when asked to repudiate Trumpism, everybody in Republican and conservative circles turned up their hands and said, “How shocking!”

Which means that there is no Trump “fever” that is going to break, because Trumpism is now not a fever. It is an entrenched, all-encompassing fact of Republican and conservative life; one that is likely to be with us for quite a while. Trump may personally fade, but Trumpism is here to stay, for the foreseeable future.

Which means that authoritarianism—with inflections, or at least overtones, of fascism—will be here for a while, too. With an infrastructure, with a popular base, and with elite enablers. In other words: With its own establishment.

Obviously anything that can be done to weaken Trumpism’s hold on the Republican party would be good. But this chipping away will be gradual and will most likely take time. We’re more likely to have some Republican Brezhnevs and Andropovs before we get a GOP Gorbachev.

The old Republican Reaganite conservative establishment has, unfortunately, been replaced by a new MAGA establishment. The question is whether on the other side of the aisle a new vigorous, hard-headed, liberal establishment can be born. If this is not to be what Gramsci called a time of monsters, it needs to be born quickly. 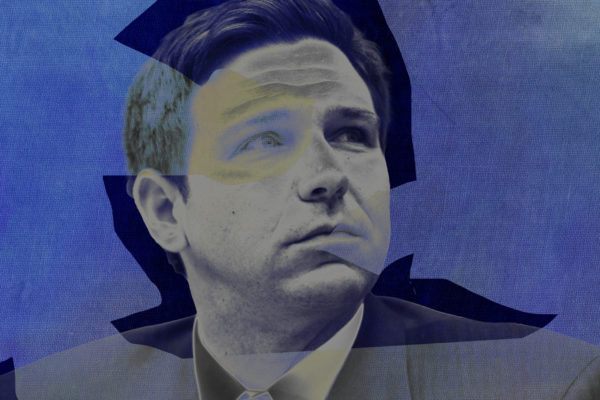