This week the Trump kids went royal in the hopes of laundering their brand and enjoying some of the fruits of their father’s high office. We should have known that the president who made up a fake coat of arms would be all too happy to bring along his four adult children to hobnob with what he considers to be their British counterparts.

But as royal families go, the Trumps aren’t the Windsors. Or the Bushes. Or the Kennedys. Or the Kardashians, even. The Trumps are more like the Habsburgs—at least where their facial structure is concerned.

And while it might be normal to bring teenage children on state visits—the Obamas did it occasionally—bringing four adult children, two of whom run the president’s completely separate business (wink wink), on the taxpayers’ dime is a different story. Many of us were puzzled as to what assistance Eric Trump was offering in the way of international diplomacy.

Fortunately, we had Chris Ruddy to explain it all for us.

“This is a president that loves brands,” Ruddy told the BBC. “The Queen has the greatest brand in the world, doesn’t she? I think he is just super impressed by that.” It’s amazing to think that there are people in the world who think of the Queen of England as a “brand.” Though perhaps not more amazing to think that a man like Ruddy could be friends with the president of the United States.

But on the other hand, Ruddy is almost certainly correct. Trump does love brands. Even more than he loves “young, beautiful pieces of ass.” (Probably.) So, it would make sense that he and his progeny would want to get themselves in on the “royal brand.”

The great irony here, of course, is that the royals themselves are trying to modernize their “brand” and skew a little less Marie Antoinette for obvious reasons. But let’s leave that to the side for a moment.

As the New York Times reported “unlike the royals, who wage an endless battle to keep Britain’s voracious tabloids at arm’s length, the Trump children shared behind-the-scenes photographs and tweets of their trip.”

In a way, you have to feel sorry for the British royals. Here they are trying to move away from the public image of being feckless dilettantes and in come the four Trump kids (and their spouses!) snapping away with their phones, tweeting and Instagramming and generally making sure that the world knows that they are totes living their best lives.

How wonderful it is to realize that Trump was merely following the example set by . . . Mexico.

As someone who has benefited from the elderly, toothless prostitute that is nepotism, I understand people’s disdain towards it.

Almost his entire fortune was transferred to him, wholesale, by his father. (Despite making all the best deals, Trump would have more money today if he had simply plopped his father’s money in an index fund.) And now, the president wants to set his kids up to take over: In an interview with the Sun, he said he hoped that his kids could hold a “next generation” meeting with Princes William and Harry.

If you think about it, though, it’s actually surprising that it took more than two years for Princess Ivanka and Prince junior to make their move on the British royal family. It only seems natural. After all, the British royals are just national figureheads while the Trump kids are both brand ambassadors and high-ranking members of the American government. The royal family couldn’t even touch the Brexit debate in public. But the Trump kids are going to help reelect the 45th president of the United States!

The real question, then, isn’t whether or not Trump wants one of his children to be the 46th president, but which one he’ll end up tapping for the job. Because unlike with the British royalty, he’s not bound to give the throne to Don Jr. Maybe it’ll be Ivanka, because she’s so strong with women! Maybe it’ll be Tiffany, because her dad kind of owes her!

Maybe it’ll be Eric, because that would be amazing.

Whatever happens five years from now, I like to imagine that when the Queen was introduced to the Trump family, she thought to herself, When America sends its people, they’re not sending their best, are they?

There Is No Single Explanation for Police Brutality 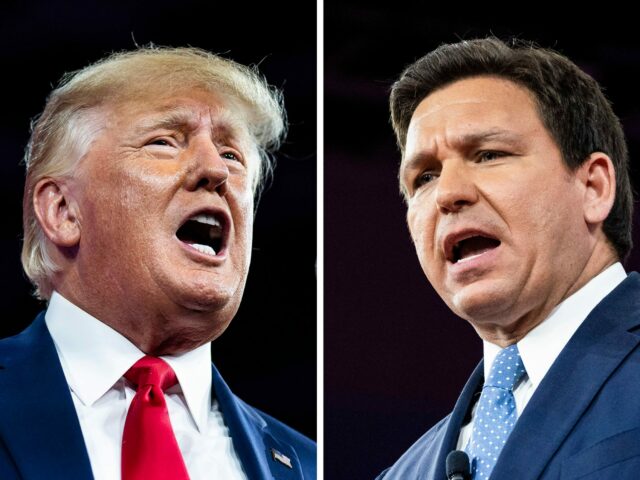 This Is Not “Punching” Back