The Violence Is the Point

The riots in Portland aren't about police brutality anymore.
by Robert Tracinski
Federal officers operate amid tear gas while clearing the street in front of the Mark O. Hatfield U.S. Courthouse on July 21, 2020 in Portland, Oregon. The federal police response to the ongoing protests against racial inequality has been criticized by city and state elected officials as President Trump threatens to use Federal law enforcement in other major cities as well. (Photo by Paula Bronstein/Getty Images )
Share on Facebook Share on Twitter Share via email Print

What is happening to this country?

Let me give you a few scenes from the past few weeks—vignettes of a nation seemingly falling apart.

Protesters go online to boast about surrounding the car of a “white woman” and to complain that police came to her rescue and wouldn’t allow them to imprison her in her vehicle.

Same with the protesters who blocked a couple in their car in order to shut down a bridge. All of this was originally posted by the protesters themselves on social media, not as a shameful admission of their bullying and intimidation of random passersby, but as chest thumping.

This is the use of force as virtue-signaling: “Look at me, I’m a good person who really cares about important issues, and you can tell that because I terrorized an elderly couple in their car.”

In Colorado, protesters blocked a freeway, causing a possibly frightened or confused driver to steer his Jeep through the crowd, which in turn caused one of the protesters to panic and fire a gun randomly, hitting two other protesters. The idea of going to a protest armed is something the left borrowed from anti-shutdown protesters on the right.

Because what could possibly go wrong?

What could possibly go wrong was illustrated in a tragicomic incident in Louisville, where a march with “rival militias” led to three people being shot—but the shooting was described by the police as “negligent” and the injuries were not life-threatening. In other words: a member of one of these so-called “militias” accidentally discharged his gun and grazed a few of his fellows.

It’s easy to laugh so long as nobody dies, but this is starting to get out of control, and we will be lucky if people keep living through it.

The epicenter and symbol for all of this is Portland, which is looking like a dystopia no matter which side you view it from. On the one side, there are Little Green Men sent out by the Department of Homeland Security to roam the streets and arrest people arbitrarily.

On the other side, a federal courthouse has been turned into a bunker. Here is a report from inside:

The firework came whizzing over the fence so fast that the agent didn’t have time to move. It exploded with a boom, leaving his hearing deadened and bloody gashes on both forearms. Stunned, with help from his cohorts, he stripped to his boxer shorts and a black T-shirt so his wounds could be examined and photographed for evidence. He told his fellow agents he was more worried about his hearing than about the gouges and burns on his arms.

By the end of the night, five other federal agents would be injured, including another who got a concussion when he was hit in the head with a commercial-grade firework. One agent was hospitalized. Several agents have lingering vision problems from the lasers.

No, this is not all that is going on right now in the United States, and I don’t think we are actually going to collapse into chaos and civil war, despite the best efforts of the people I just described above.

But if we don’t, it will be because a lot of us take a hard look at it and ask: How have things spun so badly out of control?

The main thing to note about the resurgent violence is that there is no plan or program to it.

From the beginning of the protest movement set off by the killing of George Floyd, there was a split between the earnest young activists who wanted to draw attention to a cause and the angry would-be revolutionaries who were there to brawl. We saw videos from the early protests of young activists begging the black-clad anarchists to stop smashing store windows or vandalizing property (and being ignored).

Over time, though, the non-violent activists have mostly gone home. After all, suddenly a police reform agenda was what everyone was talking about. It was time to stop marching and start the actual work of forming an agenda people could agree on—this is the tough part—and getting politicians to vote for it.

If, that is, a reform agenda was what you were interested in.

The more radical wing of the protests was not, in fact, interested in such an agenda, and some weeks ago, the two wings of the protest movement moved more clearly apart. You can see that in Portland, where a local blogger described the split:

“The more moderate demonstrators coalesced around a new organization called Rose City Justice…. They succeeded in avoiding conflict with the police, but their numbers rapidly dwindled…. Meanwhile, the more extreme members of the movement gravitated towards a series of nightly protests around the fence walling the Justice Center and Courthouse off from the rest of the city….

“The Justice Center protests became a regular outlet for activists, a place where someone could always go to have a confrontation with the police….On any given day, Portlanders could generally find some sort of peaceful rally or, if they choose, wind up in a skirmish with the PPB.”

This draws from a pre-existing local subculture in which young people make a hobby of cosplaying socialist revolution by engaging in minor clashes with the police. It keeps guys like Andy Ngo in business, because there will always be an antifa riot to film.

But notice the recreational nature of these conflicts, the Choose Your Own Adventure spirit in which you can go to a peaceful protest or clash with the police, whatever you’re in the mood for. This is less a calculation about how to achieve an agenda than a lifestyle choice.

The current wave of demonstrations does not appear to be not tied to any particular reform agenda and it has no recognizable endgame. To borrow a popular meme, the reasoning might be summed up this way:

That’s what makes me conclude that the riots, the violence, the low-level confrontations are the goal. The rioting is an end in itself. This is beginning to spread from Portland to other cities, and parts of the media seem to be cheerleading and running interference, with comically Orwellian headlines like this one from ABC News:

“Protesters in California set fire to a courthouse, damaged a police station, and assaulted officers after a peaceful demonstration intensified.”

Yes, arson and assault are the usual intensifications of peacefulness.

President Trump’s reaction has been to accept the terms set by the protesters and play into them. What we need is the use of federal investigations to track down individual rioters and prosecute them, creating a quiet but consistent deterrent effect. The whole attraction of a riot is the prospect that in the general chaos, you can get lost in the crowd and cause destruction without getting caught. Quiet and dogged law enforcement could change that calculus. Professional police work—not policemen with truncheons brawling in the streets—is what asserts the rule of law.

But that’s not how President Trump sees it. He sees this as a challenge to “dominate the streets,” to meet brawling with brawling. Predictably, this has escalated the conflict, taking a persistent but small protest movement and giving it an exciting new opponent to fight—along with the sympathy of the local community.

It doesn’t help that Trump sees himself as having an interest in escalation. If the protests are violence as virtue-signaling, then Trump’s response is its own kind of political theater. The Trump campaign has been playing up the specter of riots as a sign of what he is going to save the voters from. But the campaign also understands that Trump’s base actually loves the sight of protesters getting pushed around and beaten and teargassed. Which is why he’s sending out his DHS cops to do more of it.

John McCain used to joke about how “punch the hippies” was part of his platform. Leave it to Donald Trump to make actually doing this the linchpin of his re-election strategy.

It could get worse.

The appeal of these violent skirmishes is the momentary sense of power that comes from using force—either directly or vicariously, by cheering others on to use it.

The paradox of protest in a free society is that you are going out into the streets, blocking traffic, and intruding yourself on others in order to impose your agenda—when you have the means of doing so by persuading your fellow citizens and getting them to go to the polls and vote. Protests always risk becoming anti-democratic, turning into an attempt by a minority to bully political leaders into adopting an agenda that is opposed by the “silent majority.”

But achieving a goal through ordinary politics is difficult and tedious work. It involves planning, strategy, trade-offs, the forging of alliances, and some hard thought to figure out what policies would actually achieve your aims. This difficulty can lead to a sense of powerlessness—and that, in turn, creates the temptation to seize on the temporary illusion of power that comes from blocking someone’s car and making them stop just because we are the mob and we can make you obey.

Or the more elementary sense of power that comes from hitting someone over the head with a stick.

The real danger here is that in giving vent to this psychology, the protests are in the process of making political violence normal, an everyday and acceptable part of life.

We face many important problems that will require clear thinking and persuasion—all of which is impossible if we succumb to the temptation to accept force and violence as our political instruments instead. 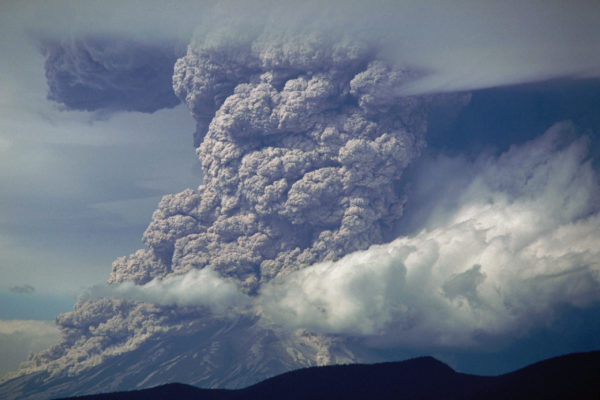