There’s No Rush to Renegotiate With Iran

When diplomats from the P5+1 countries meet in Vienna this week, the American delegation should keep in mind that time is on their side.
by Shay Khatiri
A staff removes the Iranian flag from the stage after a group picture with foreign ministers and representatives of Unites States, Iran, China, Russia, Britain, Germany, France and the European Union during the Iran nuclear talks at Austria International Centre in Vienna, Austria on July 14, 2015. (Photo by CARLOS BARRIA/POOL/AFP via Getty Images)
Share on Facebook Share on Twitter Share via email Print

The group that negotiated the Iran nuclear deal is getting back together—more or less. Of the so-called P5+1, consisting of the five permanent members of the U.N. Security Council—the United States, the United Kingdom, France, Russia, and China—plus Germany, all but the United States will be meeting in Vienna this week. But the American delegation will be present, as will the Iran’s delegation. They just won’t be participating directly. Instead, the third parties will serve as intermediaries to convey messages between the United States and Iran, while also representing their own interests. Think of a group of siblings who don’t really get along trying to broker peace between their parents who are refusing to talk with each other.

At this point, it would be difficult for either side to meet the other’s requirements. Iran is in gross violations of the terms of the agreement. The JCPOA caps Iran’s enrichment levels at 3.67 percent, but Iran has resumed enriching to 20 percent. As of December, its enriched uranium stockpile was 12 times larger than allowed under the deal, and that number has only increased since. It has also stopped sharing footage of its nuclear sites with the International Atomic Energy Agency in violation of the agreement.

Some of Iran’s violations only began after the Trump administration withdrew the United States from the JCPOA, as the administration’s critics are quick to point out—especially those who had more influence on the Obama administration and close relationships with Iran’s regime, and they therefore have an incentive to ignore the incontrovertible evidence that Iran has been in violation of the deal since it went into effect. Secret documents that the Mossad stole from Iran show that Iran didn’t disclose all of its nuclear facilities, despite the requirements of the deal.

Even if the Biden team wanted a permanent deal with the Islamic Republic, the other side is unconvinced that it will last. The sanctions imposed by the Trump administration have hit Iran’s economy hard. The Islamic Republic’s delegation will come to Vienna understanding that it is under siege economically by the United States and politically at home by its own people. This makes them wary that the U.S. delegation has enormous leverage to get concessions beyond the terms of the JCPOA, which would expose them as weak to the Iranian people and encourage more domestic rebellion.

For the first time, purchasing oil from the Islamic Republic, the most important source of revenue for the regime, was banned. This happened without a major shock to the global market, thanks to the rise of alternative forms of energy, fracking, and most importantly, the willingness of the Persian Gulf Arab governments to make up for the deficit. (Iran tried and failed to prevent the Saudis from picking up the slack in production by attacking the Saudi Arabian Oil Company, ARAMCO, in 2019.) A host of different factors—economic hardships, increasing secularism, corruption, and liberalization of Iranian society—have hit the legitimacy of the Islamist regime beyond repair. Iran’s government’s early mishandling of the pandemic and its refusal to buy doses of the vaccines for its population made things worse. The two rounds of unprecedented protests in 2017-18 and 2019 were the result. On top of that, Iran’s regional imperialism is being slowed downdue to its financial problems, leaving Iran desperate for sanctions relief.

Tehran seems to understand that, even if they get sanctions relief from the Biden administration, it will be temporary: Republicans will one day be back in power and will reimpose sanctions. (In reality, the Democratic Party is not unified about Iran, as the two senior Democrats in the Senate Foreign Relations Committee both opposed the JCPOA.) Iran’s Islamist regime has been scrambling for a more reliable source of revenue. As a part of the One Belt, One Road Initiative, Iran and China had begun the negotiations for a 25-year cooperation agreement before the JCPOA was signed. The two parties just announced the final agreement, worth $400 billion. Even though the text remains undisclosed, there have been speculations that it might even include renting a Persian Gulf port to the Chinese to build a military base.

Finally, despite the denial from Biden’s Iran envoy, some among the Biden team seem to have a sense of urgency about reaching a deal, including Secretary of State Tony Blinken. Iran’s presidential election is in June, and the incumbent, Hassan Rouhani, is term-limited. There is a strong chance that a hardliner will win. Some think that this will make diplomacy with Iran difficult, but that concern misses the mark. It’s true that Iran is desperate enough for sanctions relief that any administration would try for an agreement if it could.

But the presidency of Iran is an irrelevant office. Iran’s government is, in some ways, like that of the former Soviet Union: Alexei Kosygin was the premier of the Soviet Union for 16 years, but he took orders from Leonid Brezhnev, who held the post of general secretary of the Communist Party. Iran’s politics are even murkier, to the point that it’s unclear who makes state policy. The likely answers are the supreme leader, the Islamic Revolutionary Guard Corps, or a combination of the two. It is, however, certain that the president is a mere administrator of those policies. Indeed, after the JCPOA had been enacted, the foreign minister, Javad Zarif, was caught in a shouting match with a hardliner member of the parliament. Charged that he had betrayed the supreme leader, Zarif insisted that none of his actions negotiating the JCPOA was done without the supreme leader’s consent.

U.S. National Security Advisor Jake Sullivan should know this. The JCPOA was signed by the allegedly moderate Rouhani administration, but, as the director of the Office of Policy Planning, Sullivan had initiated secret talks with Iran in 2012, during the fanatical Mahmoud Ahmadinejad administration.

If the non-meeting in Vienna accomplishes nothing, that should be an acceptable outcome because it is Iran that is racing against the clock, not the United States. 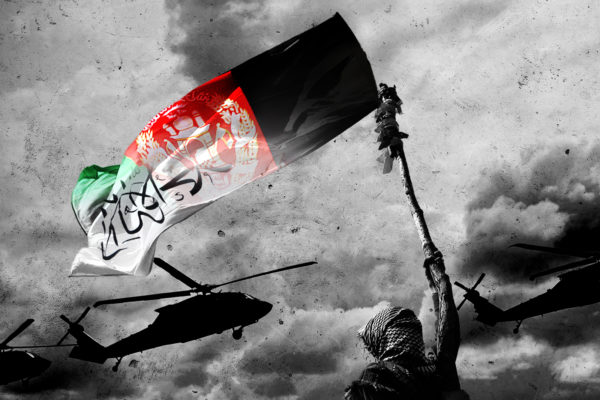 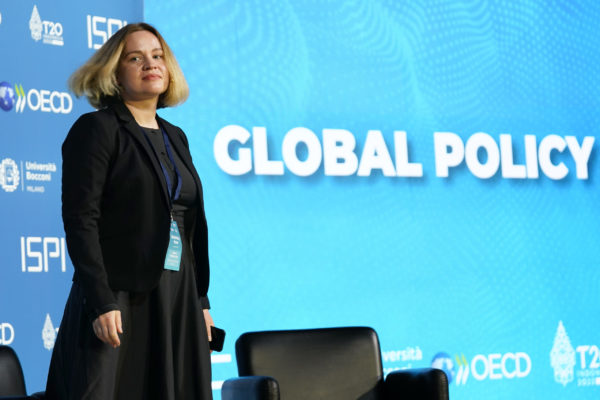