Thinking geostrategically, competing technologically.
by Nathan Hitchen
U.S. President Ronald Reagan and President Li of the People's Republic of China stand in front of the Great Hall of People in 1984 in Beijing, China. The Reagans visited China April 26-May 1, 1984. (Photo by David Hume Kennerly/Getty Images)
Share on Facebook Share on Twitter Share via email Print

If the United States is to take the initiative in its great power competition with China, we should study America’s last victorious grand strategy. The Reagan administration moved the Cold War to its endgame by taking the initiative through measures short of warfare, and that era’s technology competition holds lessons relevant for a strategy of geoeconomics today. At stake in the Sino-American rivalry is who gets to tilt the table of the twenty-first century and slide trillions of dollars of prosperity and international political influence toward a center of gravity in Beijing or Washington.

Some commentators on the American right roll their eyes at “zombie Reaganism” in the form of a warmed-over 1980s policy agenda, while liberal skeptics have dismissed the accounts of Reaganites who touted a coherent grand strategy pursued by their administration. Yet, for contemporary strategists and diplomatic historians, Reagan’s results stand the test of time. Of course, we cannot and should not try to replay the Reagan performance like an episode of VH1’s I Love the ’80s. Sound answers to a historical set of geostrategic problems underpinned Reagan’s success, but America’s problems of the 1980s are not those of the 2020s. What we need to replicate is that era’s mode of geostrategic thinking and the lessons learned for how to get America out of a rut.

Failing to think geoeconomically over the last three decades blinded us to Beijing’s technology strategy and lost us initiative, but intensifying public-private partnerships for strategic objectives can retake it and enhance American economic competitiveness. Power competition provides the focus and need for American innovation policies, which in turn produce technological breakthroughs that create prosperity when commercialized by the private sector. Debates about what “a foreign policy for the middle class” would look like misses this connective tissue between political power competition and a prosperous middle class.

At the heart of the Reagan administration’s competitive strategy was an aggressive pursuit of winning “the Technological War”—the application of a defense industrial base to strategic objectives. The aim is to make your opponent counter your moves, and dance to your tune, in major resource allocations through industrial policy. Technological war targets enemy willpower directly, paralyzing it with demonstrations of superior capabilities, so that a hot war is postponed or not fought. The 1980s have a rich history of such industrial policy.

For example, Reagan-era industrial policies in microelectronics and semiconductor manufacturing were successes that formed the basis of U.S. information technology dominance in the 1990s. In the 1980s, Japanese makers made significant inroads in the semiconductor and high-performance mainframe computer market that were understood to be critical for next-generation military capabilities. To beat back this challenge, the Defense Advanced Research Projects Agency (DARPA) launched the Strategic Computing Initiative with $1 billion invested over ten years (1983-93), and also founded the Semiconductor Manufacturing Technology consortium in 1987 as a public-private partnership to regain competitiveness for American companies.

Surprise in the mind of enemy staff is a key element of technology strategy. Displays of strategically relevant military, industrial, or scientific breakthroughs—conducted in concert with diplomatic offensives—can sap the adversary’s self-confidence in his offensive operational concepts. This imposes uncertainty on him and gains you the initiative, which when paired with a political-psychological strategy can project dominance, the backbone of deterrence.

Technological competition is an inevitable fact of international economics, but as a strategy underpinning the military buildup of Reagan’s grand strategy, it was devised by defense intellectuals such as Andrew Marshall, longtime director of the Office of Net Assessment in the Defense Department. Marshall championed the view that America had to determine which of the Soviet Union’s pressure points were most vulnerable to comparative U.S. strengths and selectively compete with them. Later, Reaganites such as Secretary of Defense Caspar Weinberger and Under Secretary of Defense for Policy Fred Iklé approved approaches that paired offensive and defensive moves for such competition.

The offensive move applied our military-industrial base to innovative capabilities that would provoke Moscow to counter them by costly science and technology investments. The most famous and provocative of these was the Strategic Defense Initiative (SDI), but it was hardly the only or most important offensive move to stimulate Soviet fears about U.S. superiority in high technology.

The defensive move orchestrated technology security and export controls to deny Moscow access to Western technical innovation and scientific knowhow, make it more difficult for the Soviets to catch up to American expertise. Iklé’s office established technology security policy at the Defense Department for the first time, defining technology as a valuable national security resource and controlling its transfer to allied and friendly governments. Iklé believed—correctly, as we would come to learn—that Soviet industrial theft and economic espionage of Western technology accelerated its military advances in the 1970s.

This technological strategy was the necessary foundation for making effective economic, diplomatic, ideological, and psychological offensives that pushed the Soviet Union off balance and subverted its prestige and willpower in Eastern Europe. America under Reagan took the initiative in the Cold War without firing a shot, and shifted the configuration of force in its favor, through asymmetric military advances powered by technological competition. In this way, the Reagan administration set up the Bush team to win without fighting, and made the 1980s an end game of peaceful victory for America.

Taking Initiative in the Sino-American Competition

So, how does the United States get out of a rut this time? Retaking the geoeconomic offensive requires American statesmen to embrace our history of industrial policy and to reject mythologies about innovation arising merely from commercial competition. Alexander Hamilton created the nation’s first public-private partnership to help compete with Great Britain. The United States won the race to nuclear fission and nuclear weapons, and in the decades that followed the American national laboratory system built off the Manhattan Project’s science and technical innovations. DARPA funding laid the Internet’s technical foundations. Of the dozen major technologies integrated in the iPod, iPhone, and iPad, eleven of them stem from or were advanced by U.S. government (usually Department of Defense) support. As Daniel Sarewitz writes:

Americans lionize the scientist as head-in-the-clouds genius (the Einstein hero) and the inventor as misfit-in-the-garage genius (the Steve Jobs or Bill Gates hero). The discomfiting reality, however, is that much of today’s technological world exists because of DOD’s role in catalyzing and steering science and technology. This was industrial policy, and it worked because it brought all of the players in the innovation game together, disciplined them by providing strategic, long-term focus for their activities, and shielded them from the market rationality that would have doomed almost every crazy, over-expensive idea that today makes the world go round.

For the Sino-American competition, American statesmen must remember this basic offensive move of geoeconomics. A consensus on taking the initiative through industrial policy may be forming already.

But what good is the initiative if you cannot keep it? Industrial security and technology export controls paired with rule-making influence at international scientific organizations are critical defenses. Technology denial aims to keep asymmetric advantages from being unraveled by an adversary’s overt technology transfer, industrial theft, or economic espionage. If properly orchestrated, technology security keeps you on the geoeconomic offensive. Orchestrating domestic technology security measures, multilateral export control regimes, and diplomatic pressure at international institutions will require savvy multilateralism, and they are a major growth area for U.S. defensive action in the Sino-American competition.

For example, the Committee on Foreign Investment in the United States (CFIUS) is America’s main defensive instrument to mitigate, on grounds of national security, the risk of legal transfer of sensitive technology or expertise through corporate mergers and acquisitions. But CFIUS relies mainly on voluntary reporting for compliance, and many American lobbyists assist foreign corporate clients with navigating CFIUS procedures to purchase U.S. companies and possess their intellectual property.

U.S. export controls are similarly disjointed. The problem for Washington is coordinating with foreign capitals to block export to Beijing of knowledge or commodities, such as intellectual property or advanced semiconductor manufacturing equipment, that constitute critical sub-components to the technology competition. The West’s main architecture for technological security in the Cold War, the Coordinating Committee on Multilateral Export Controls (COCOM), impeded Soviet industrial espionage against critical technologies such as microelectronics. COCOM was abolished in 1994 and replaced with the Wassenaar Arrangement, a deficient successor not aimed at China and mostly restricting conventional arms rather than sensitive science and technology transfers.

The deepest positional moves of technology security occur at scientific and technical regulatory and governance bodies at international institutions like the United Nations. This is the grand chessboard where Beijing tries to convert its scientific leadership into global advantage. U.S. success will preserve Western initiative for defining international legal rules and scientific standards and unravel Beijing’s attempts to play Western countries off each other. Diplomacy in these institutions is the long game for pushing and keeping the PRC off-balance in technology competition.

Sun Tzu famously judged that attacking the enemy’s strategy is best and the worst is to attack his armies and cities. In grand strategic terms, fighting represents the failure to inflict enough uncertainty in the mind of a rival to deter his aggression against the peace. Attacking the enemy’s strategy can be done—indeed is done preferably—in peacetime competition. A strategy of technology competition, offensively through industrial policy and defensively through technology security controls, is a way to neutralize rival advantages before the fighting starts.

Nathan Hitchen is a writer living in Virginia. He is a graduate of the Institute of World Politics, Johns Hopkins SAIS, and Rutgers University, and an alumnus of the John Jay Institute. 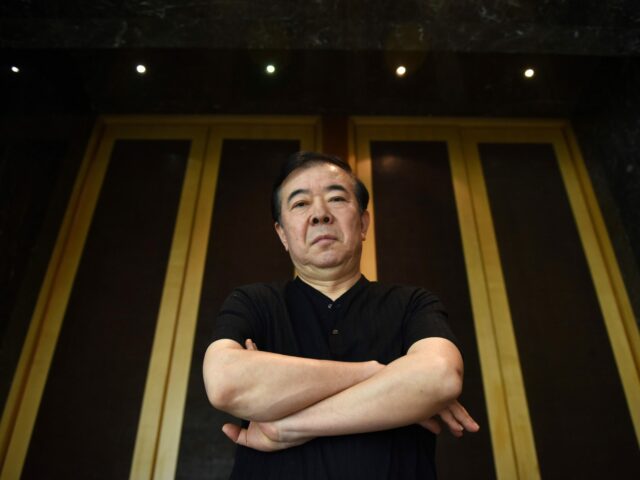