Traipsing Through the Vaster Wasteland

More than 60 years ago, FCC chairman Newton Minow delivered a speech in which he famously described television as a “vast wasteland” of meretricious nonsense. Minow wasn’t inherently anti-boob-tube (“When television is good, nothing—not the theater, not the magazines or newspapers—nothing is better”), but he was distraught enough to issue a stinging indictment of the young TV industry. His speech did little to change the direction of television programming, although it did have the effect of earning Minow immortality on exactly the sort of unwatchable pap he decried.

Starting off a discussion of the state of TV—or, in this case, streaming, which is both the next step in television and, as we’ll see, also a reversion to the televisual mean—with an invocation of Minow and his vast wasteland nudges up to and, possibly, smashes right through the cliché barrier, but clichés exist for a reason: they’re useful shorthand to describe a real and ongoing problem. And streaming definitely has a problem.

There’s too much of it and most of it isn’t particularly good.

I’ve discussed the “too much of it” all before. That problem has only increased over the last four years as the number of streaming services has increased and the amount of “content” (a gross, but useful, word when applied to the entirety of filmed art like feature movies, documentaries, animation, shorts, television shows, etc.) has exploded. This explosion has had myriad negative effects, some of which are hinted at in this interminably long Vice article that delicately tiptoes around the fact that the old system of developing showrunners, despite being less diverse, resulted in superior content as writers worked their way up a ladder, were nurtured by bosses, and learned how to actually produce TV shows rather than being thrown to the Netflix wolves.

When you put a bunch of people in charge of making shows who don’t know how to make shows, you run into trouble. This is at least part of the reason why Netflix itself is in crisis, having lost three-quarters of its market cap and leaving creators unsure of its ability to do the only thing it was good for, namely shoveling money into the pockets of filmmakers in exchange for them churning out stuff they couldn’t get made elsewhere. Netflix’s biggest draw—its endless maw of “content”—is now its biggest liability. Sure, the food sucked, but the portions were sizable. Because no one ever said no.

Consider Anatomy of a Scandal, which I, unfortunately, spent last week watching. It’s the sort of program into which Netflix has poured untold millions, a mere portion of the $17 billion the service spent on programming in 2021 and a similar sum spent the year before. The six-episode miniseries was co-created by David E. Kelley of L.A. Law and Ally McBeal fame. It has stars in Sienna Miller (American Sniper, Layer Cake) and Michelle Dockery (Downton Abbey) whom the algorithm has undoubtedly pinpointed as audience favorites. It is based on a relatively popular book of the same name. It has “social relevance” in the sense that it is about #MeToo.

And it is utterly implausible and silly, each episode ending on a cliffhanger that’s so stupid the director of the episodes had to radically upend the style of the show we’d been watching—veering from vaguely realistic to surreal—in order to really hit home just how shocking it all is. As my wife and I joked when the first episode closed with James Whitehouse (Rupert Friend) literally being blown off his feet by an invisible force after he was told that what had heretofore been a mere infidelity scandal was mutating into a rape charge, it was like something out of The Matrix.

But The Matrix requires far fewer cognitive leaps, far less suspension of disbelief. Anatomy of a Scandal requires us to believe that a political official would not only be charged with rape as the result of a workplace dalliance but that the case against him would be randomly assigned to be prosecuted by a woman he assaulted decades prior who has since changed her name and also that neither the man charged nor his wife (Miller) would recognize this barrister despite having gone to college with her years before. And this is, believe it or not, the smallest leap of faith we’re asked to take.

The show would be less annoying if it weren’t striving to be About Something, a stirring call to Believe All Women plopping onto screens at the same time Amber Heard is doing her damnedest to make that phrase look like cheap posturing. It would also be less annoying if it had managed even an ounce of nuance and let the audience decide who had the best of it in the he-said/she-said case at the heart of the story rather than exasperatedly forcing the characters to work against their own interests in order to wrap everything up in a neat little bow. 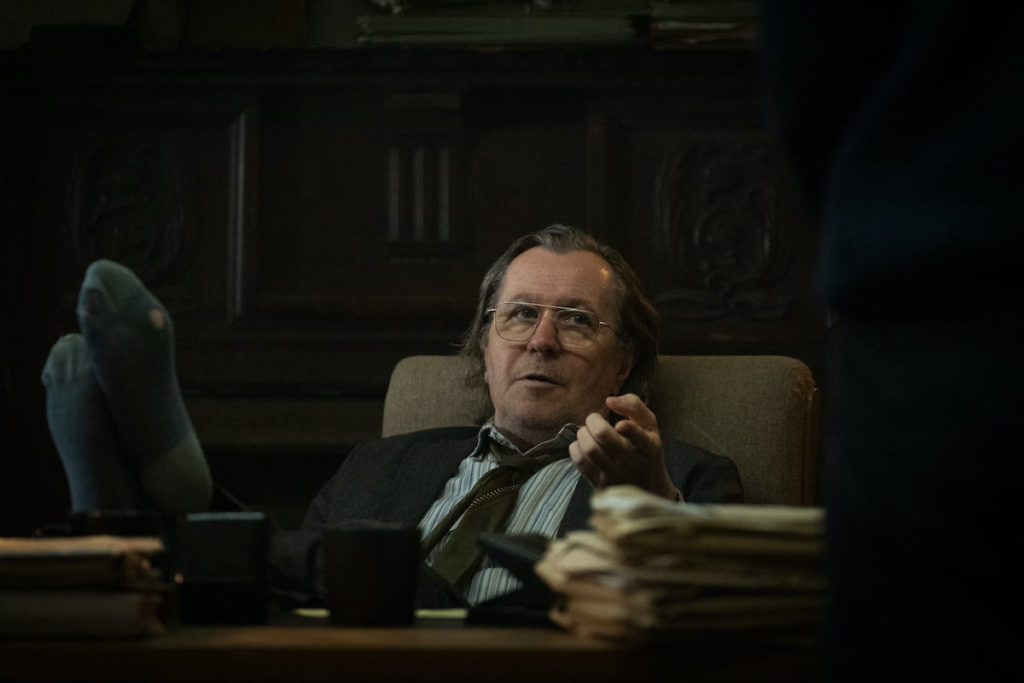 Obviously no network falls on the failures of a single show. But Anatomy of a Scandal isn’t a single failure and, as Richard Rushfield noted in the Ankler, even the Hollywood trades that have benefited from Netflix’s advertising spending are starting to stick the shivs in. A headline like “Mike Myers’ ‘The Pentaverate’ Is Just the Latest Example of Netflix’s Blank-Check Bloat: TV Review” in Variety would’ve been unthinkable just a few months ago. Now the narrative has shifted. Netflix makes a lot of shit, emphasis on both the lot and the shit, and people are finally starting to call them out on it.

All of a sudden, Netflix has turned from the awards-season darling and the great hope of the post-theatrical future to just another spigot pouring out dumb money into Hollywood. “Agents tell me that while of course their clients will take Netflix’s money, who wouldn’t, that the effect on their clients’ careers from Netflix projects is nil,” Rushfield writes. “‘There is no bump,’ one agent friend told me. Apple and then HBO have replaced Netflix as the place to take your project if you want the best chance of it being seen and noticed.”

And for good reason! In the vaster wasteland there remain oases with water to quench the parched. AppleTV+ beat Netflix to Oscar glory by taking home a best picture trophy for Coda, but it’s also created more shows I’ve been interested in watching over the last 24 months than Netflix has since the debut of Stranger Things six years ago. Ted Lasso and Mythic Quest are two favorites, but there’s also Severance (an entertaining puzzle box of a show about office culture and the meaning of memory that really lands its emotional beats and doesn’t suffer from Netflix-style bloat by dragging on too long) and Slow Horses (nearly as implausible as Anatomy of a Scandal, but leavened by the great Gary Oldman’s piss-taking turn as an out-to-pasture spook for MI5). I also hear good things about For All Mankind and Servant and Pachinko, and I hope to be able to make time for them in the near future.

In our previous era of zero-percent financing, taste was harder to acquire than capital and Apple crushed Netflix on the question of taste. So too does HBO Max, long TV’s champion in the taste category. And it remains the king of taste with its hit psychodramedy Barry and the fantastic Tokyo Vice and David Simon’s latest broadside against the drug war We Own This City and the inscrutably weird gnostic-minded sci-fi show executive produced by Ridley Scott, Raised by Wolves. To say nothing of Peacemaker (a better comic book show than anything on Disney+) and The Righteous Gemstones (the most incisive show about religion on TV). Even the stuff that’s not great, like Winning Time, is totally watchable, and the stuff that is great, like Hacks, deservedly racks up Emmys.

Oh, right: I haven’t yet mentioned Succession or Euphoria, which are arguably the network’s biggest, buzziest hits. When it comes to original content, HBO Max blows Netflix out of the water. It’s not even close. 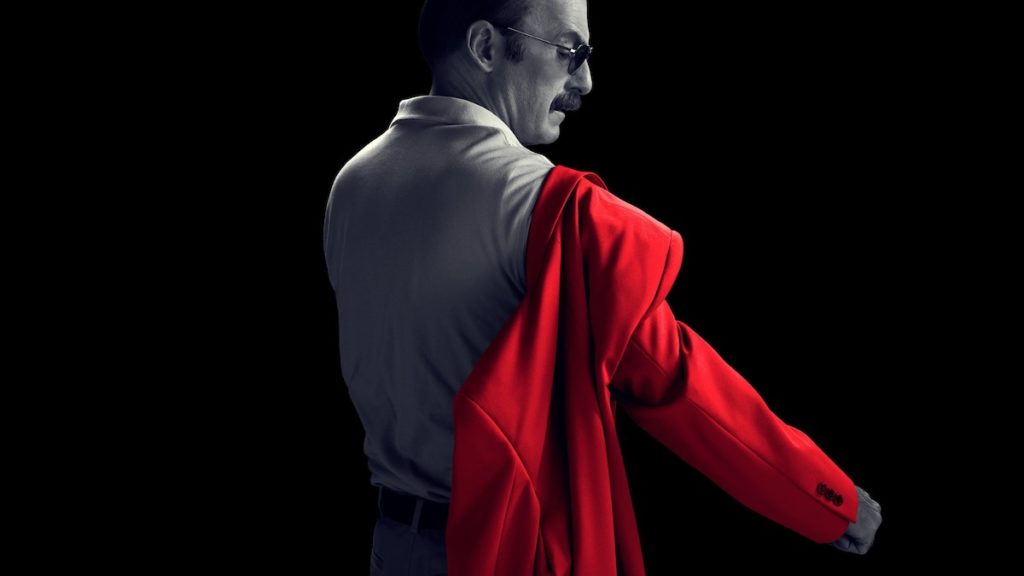 And then there’s Better Call Saul, which is the only—and perhaps the last, ever?—show I’m watching on basic cable. It’s great, even though I’m forced to watch it with ads. Like a savage. Because I don’t have a DVR. Because I don’t watch anything on basic cable any longer, not since FX moved their most interesting offerings (What We Do in the Shadows, Devs, Reservation Dogs) to Hulu.

Ads. They will, supposedly, be Netflix’s great savior. You can tell the company is panicking because they’re planning on rolling out an ad-sponsored tier by the end of this year. It’s a reversion to the way things used to be, the bad old days. The weirdest part? Everyone is doing it. Not just Netflix. Peacock’s whole model is based on ads. HBO finally got into the ad game with a cheaper tier on HBO Max. I’m sorry, strike that: the actual weirdest part? Viewers don’t seem to care. I had lunch with a friend in distribution this week who said Tubi, the ad-based SVOD provider, is enormously, shockingly popular. Apparently people don’t mind five minutes of algorithmically inserted ads jammed in front of their eyeballs mid-scene.

Watching Better Call Saul and suffering through 20 minutes or so of ads once a week, I find myself flummoxed by the whole situation. The entire promise of streaming was to get away from advertisements, to offer an unobstructed, continuous flow of entertainment right into my prefrontal cortex. I want to stream, to surf over to another stream, and then stream some more, sans interruption. This fits-and-starts shit is the past, man. I don’t want to live in the past. This is the future, and if I’m not going to get my flying cars (thanks, Elon), the least you could do is keep ads for 1,700-calorie chicken sandwich meals away from the pleasure centers in my brain.

Of course, I could do that if I really wanted to. AMC+ is right there. It’s just another $9 a month. What’s one more drop in the streaming bucket?

Moliere, for Love and Laughter