Trump’s 3 Biggest Falsehoods on the Wall

Conservatives should avoid The Wall distraction and address the real immigration issue.
by Jordan Bruneau
WASHINGTON, DC - JANUARY 08: U.S. President Donald Trump speaks to the nation in his first-prime address from the Oval Office of the White House on January 8, 2019 in Washington, DC. A partial shutdown of the federal government has gone on for 17 days following the president's demand for $5.7 billion for a border wall while Democrats have refused. (Photo by Carlos Barria-Pool/Getty Images)
Share on Facebook Share on Twitter Share via email Print

President Trump used his first Oval Office address to make the case for a his border wall. His brief, nine-minute speech was peppered with falsehoods and misdirection. Here are the three biggest:

Trump claimed that a border wall would make the country safer by keeping out illegal immigrants, who, he insinuated, are disproportionately violent: “Day after day, precious lives are cut short by those who have violated our borders. . . . How much more American blood must we shed before Congress does its job?”

Yet according to research by Alex Nowrasteh of the Cato Institute, illegal immigrants commit violent crime, including homicide, at about half the rate of native-born Americans. According to a study published last year in the journal Criminology, “Increased concentrations of undocumented immigrants are associated with statistically significant decreases in violent crime.”

2) A border wall would reduce the flow of illegal drugs.

Trump claimed that a border wall would help with America’s illgal drug problem: “Our southern border is a pipeline for vast quantities of illegal drugs, including meth, heroin, cocaine, and fentanyl.”

It’s important to understand the scale at which a border wall would impact illegal drug flows. The overwhelming majority of the drugs Trump mentioned are smuggled through legal ports of entry. According to an analysis of government data by David Bier of the Cato Institute, Customs and Border Patrol seized 87 percent of all hard drugs at ports of entry, with the remaining seizures roughly split between interior checkpoints and between the ports of entry. In a 2018 report, the Drug Enforcement Administration admitted that just “a small percentage of all heroin seized by CBP along the land border was between Ports of Entry.”

3) A border wall would address the illegal immigration problem.

Trump’s overriding contention is that a border wall would stop illegal immigration: “Every day, Customs and Border Patrol agents encounter thousands of illegal immigrants trying to enter our country.”

A border wall would neither address the symptom of economic migrants entering the country illegally, nor the underlying cause: that people will always want to come to America to try to make a better life for themselves and their families through hard work if the U.S. economy is vastly superior to that of their native lands.

Keep in mind that the vast majority of illegal immigrants in America are people who arrived in the country legally and then overstayed their visas. And even a wall won’t keep all determined border-crossers out: people will tunnel under, climb over, or cut through a wall. Only when there is a legitimate pathway for economic migrants to come and work legally in the United States will the problem of illegal immigration be substantially fixed.

There is a Republican tradition of trying to address the root of the immigration problem. “Rather than talking about putting up a fence,” said then-presidential candidate Ronald Reagan in 1980, “why don’t we . . . make it possible for them to come here legally with a work permit?” In 2004, President George W. Bush proposed a new temporary worker program that would issue extended non-sector specific work visas, with availability fluctuating based on the number of available jobs in the country.

While Trump distracts from the immigration issue by pushing for a border wall, courageous Republicans should pick up Reagan and Bush’s mantle and work to actually solve the roots of the border problem. 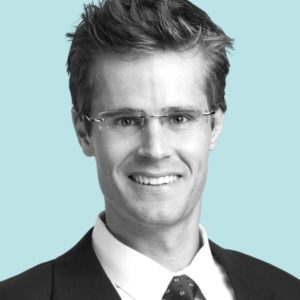 Jordan Bruneau is a senior policy analyst for the Becoming American Initiative and Republicans Fighting Tariffs.