It's dishonest graft. And it's disgusting.
by Tim Miller
US President Donald Trump speaks in the Rose Garden of the White House in Washington, DC, August 29, 2019. (Photo by SAUL LOEB / AFP / GettyImages)
Share on Facebook Share on Twitter Share via email Print

When President Trump proposed last week that our G7 allies should be forced to spend a week staying in his bed bug ridden “resort” with a sewer-water pool, it was the most absurd and VEEP-esque example of public corruption I could imagine. But if the Trump era has done anything, it has annihilated the Overton window of our feeble imaginations.

So this farcical level corruption was one-upped, just a few days later when Vice President Mike Pence demanded that someone hold his Guinness.

Pence had been dispatched to Dublin for diplomatic meetings, yet he was asked—not commanded mind you, just very nicely asked—by the president to stay not in many of the beautiful accommodations that were available to him and his massive entourage in Ireland’s capital, but at the Trump golf resort in Doonbeg.

This request ignored the ancient Irish wisdom of avoiding unnecessary journeys—because Doonbeg is literally on the opposite coast of the island, a 3 hour and 4 minute commute by car from his meeting at the Farmleigh House. In other words, a modern day journey from Malin to Mizen so that his master’s hotel could cash in on the trip.

I’ve been watching agog as week after week Trump becomes ever more brazen in Hoovering up taxpayer, foreign, and special-interest cash. But given the lack of either protest or accountability, why would he stop?

Any other politician would have been crippled by even glancing at this type of intermingling of her public and private interests.

Take for example, the political family most dogged by scandals of this nature—the Clintons.

The Trump family’s double-dealing is light years ahead (below?) the worst of the Clintons’ grifting. Yet for some reason it’s treated with only a fraction of the seriousness.

I should know, because for years it was my job to work with media outlets to reveal the underbelly of the Clinton’s inside game for political advantage.

From 2013 to 2015, as the head of a super PAC with the stated goal of “holding Democrats accountable” for their actions, I was (am?) among the professionals most knowledgeable about the Clinton’s track record and the influence trading at the nexus of the Hillary-led State Department, the Clinton Global Initiative, the Clinton Foundation, and their favored consulting firm, Teneo. (A relevant aside: Following Clinton’s loss, Teneo hired Trump campaign communications director Jason Miller and they are reportedly in negotiations with White House Press Secretary Sarah Huckabee Sanders. “Drain the swamp” my ass.)

In the lead-up to then Secretary Clinton’s anticipated presidential bid, I worked with national reporters on the first stories highlighting the conflicts of interest between her work at the State Department and the individuals and companies who were supportive of their various charities.

Most of the Clinton stories I worked on were about appearances of impropriety or a changing of policy priorities to match the Foundation’s interests. Some were simply examples of the classic I-scratch-your-back, you-scratch-mine favoritism for big donors looking for access in Foggy Bottom or on foreign trips. To my recollection, all of these stories were relevant and fair and highlighted the very reason that government has rules to prevent people from commingling their private affairs with public service.

I say all of this so that you understand that I’m not diminishing the Clintons’ misdeeds. These actions brought them a great deal of scrutiny, much of which was warranted, though they also fell victim to the bullshit-click-industrial-complex that exaggerated or fabricated issues.

But compare what was going on with the Clintons to the Trumps: The money the Clinton Foundation took in came from donors and paid for lavish conferences—but it also paid for anti-malarial drugs, green building initiatives, and disaster relief. There was graft. But it was, as George W. Plunkitt would have put it, honest graft. (Note: This term is not exactly a compliment.)

Meanwhile the money being pumped into the Trump Organization sometimes comes from private individuals seeking to curry favor at the Trump Hotel, but more often comes from the taxpayers, who pick up the tab every time someone from the administration stays at a Trump property on the public’s dime.

And no part of it is being used charitably. It’s pure wealth transfer—all the way to the end-user. Remember, the Trump Family’s “charity” (to the extent that it existed) was mostly a vehicle for tax breaks and the commissioning of massive acrylic paintings of its self-proclaimed God-emperor.

Plunkitt would explain that this is the very definition of dishonest graft: Trump takes your money and gives it to himself in order to buy more gaudy gold-plated fixtures for his penthouse. Or to send Don Jr. on another rich kid, big game safari. Or for another “I really don’t care do u” jacket for Melania.

The fact that this is still happening—three years in—is so astonishing to me that sometimes I wonder if the reality hasn’t sunk in for people. So I’m going to repeat that one more time:

Trump is taking your money and giving it to himself.

The resources that are being used to pay for all 295 (295!!!!) stays at Trump hotels are coming from teachers, construction workers, accountants, farmers, social media managers, and everyone in between.

And it’s being put directly into the accounts of his business. He’s chasing every dollar he can get from you—even if that means that his vice president has to sleep so far from his meeting in Dublin that he can make it most of the way through U2’s catalogue on the commute.

So why hasn’t any of this had a political effect on Trump?

Maybe people don’t think it’s a big deal because the money seems like small potatoes. But we know for a fact that there have been tens if not hundreds of millions of dollars spent at these resorts. To their credit, a group of House Democrats have tried to get to the bottom of this with the CORRUPT Act. But more is called for to figure out just how much money is being siphoned off by the Trump Organization.

Maybe people really believe the White House argument that Trump is actually losing money by being president. This theory is absurd on its face and requires you to take the word of a known liar who has steadfastly refused to reveal his finances to voters. It also requires you to suspend disbelief about a hypothetical world in which Trump hadn’t won the presidency. Who is to say his entire empire wouldn’t have gone bankrupt? He’s done that six times already, you know. It sure seems to me the guaranteed stream of government cash and a pay-for-play client base is a much surer bet than a pussy-grabbing presidential loser trying to rehabilitate his luxury real estate brand in a market where young- and middle-age college graduates—the people who travel and stay in luxury hotels—want no part of him.

Who knows, maybe people actually believe that the wall put up between President Trump and his two large adult children is impenetrablololololololol.

Maybe it doesn’t seem like a big scandal because the Trumps aren’t taking bribes in paper bags like former Vice President Spiro Agnew and the bad guys in movies. But there is plenty of evidence that foreign governments and special interests see the money they spend at Trump properties as the equivalent of bribes with political ends in mind. T-Mobile CEO John Legere stayed at the Trump Hotel ten times while lobbying for approval of a merger. You might say this is just a convenient option, nothing to see here. But Legere had explicitly mocked Trump Hotels as tacky as recently as 2015. The decision was about business, not convenience. The Saudi’s spent over a quarter million dollars at the Trump hotel in just one instance, two years before Trump gave them a pass for decapitating a reporter who wrote for an American newspaper.

Or maybe it’s just that a country dealing with crisis after crisis (after crisis) is so exhausted by Trump that even his dishonest graft doesn’t really register.

If that is the case, it’s really, really bad. The Trump inside game should be a daily drumbeat that’s inescapable for every voter in America—just like it was for the Clintons. It might not make much of an impression on Trump’s base in 2020, but these kinds of stories were certainly a factor for the millions of voters who said they disliked both candidates—but trended to Trump—in 2016.

Never forget that Trump’s dishonest graft didn’t start the day he got the keys to the White House. Before he was elected president, the non-real estate and reality TV portion of Trump’s portfolio was essentially one large scheme that preyed on regular Americans to enrich the Trump family. There is even an under-the-radar RICO suit against the Trump family that may very well land them in court in 2020. The victims are regular working people, struggling to make ends meet, who got suckered in by Donald Trump and lost their savings in his multi-level-marketing scams – a story that should certainly offer some parallels to potential arguments from his 2020 opponents.

So yes, Trump is a walking outrage and I grant that it is a challenge for everyone to wade through the sewage to determine what matters most on a day-to-day basis. But maybe the absurd actions of the past week will be a clarion call from the bagpipes of Doonbeg to remind us that Trump’s corruption is truly unprecedented, demands real oversight, and is a political vulnerability with the potential to be decisive next November. 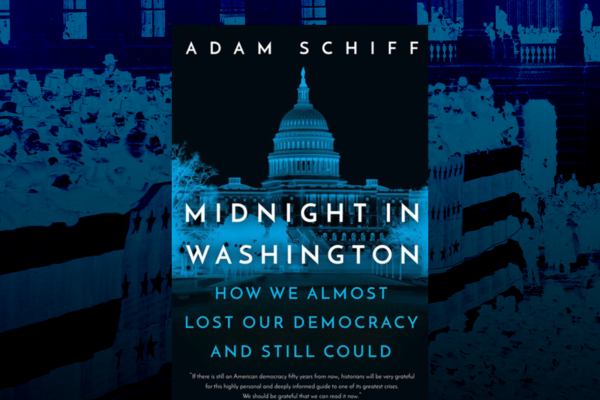 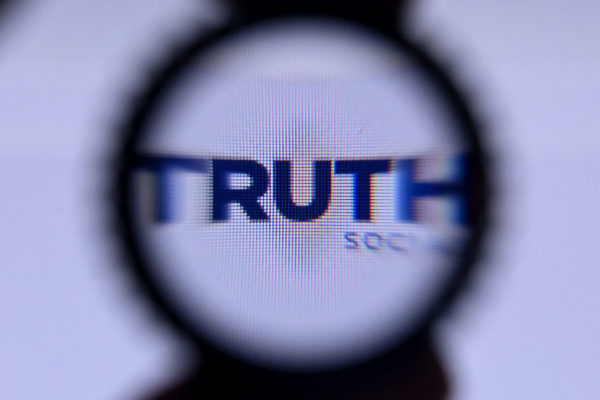 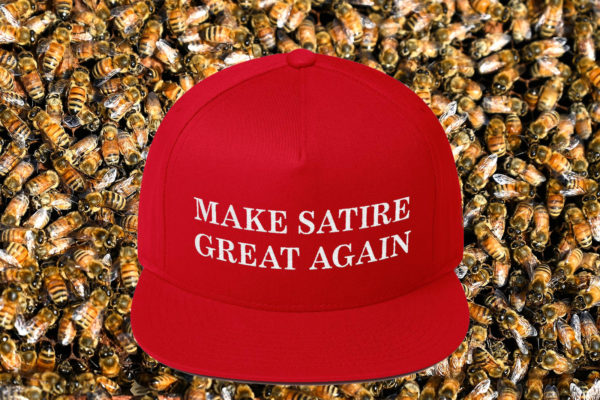