Donald Trump has what might charitably be called a poor relationship with judges. It’s not clear that he even understands what they do. Recall Trump’s claim that, in light of his campaign pledge to take a hard line on immigration, a judge of “Mexican heritage” could not hear a case involving his defunct “university.” (“I’m building a wall,” Trump said; “it’s an inherent conflict of interest.”) More recently, he has expressed disappointment in the three justices he placed on the Supreme Court, none of whom voted to hear a lawsuit seeking to overturn the 2020 election.

Trump has been especially critical of Brett Kavanaugh. “I saved his life,” he complains. “Where would he be without me?” The comment is a telling one. In Trump’s mind, it would seem, a judge must be loyal to the president to whom he “owes” his seat. Trump would have been glad, in the weeks after the 2020 election, to have seen his three appointees rule in his favor in a lawsuit attacking the election’s outcome.

Bear that in mind as we pick at a curious aspect of Trump’s latest legal publicity stunt, a civil racketeering action in which the former president alleges that Hillary Clinton, the Democratic National Committee, John Podesta, and James Comey, among many others, conspired to rig the 2016 election. The curious thing is that Trump’s lawyer (about whom more later) chose to file the complaint in Fort Pierce, Florida.

Now, the nation’s federal trial courts are divided into 94 districts. Many districts, in turn, are split into divisions. The Southern District of Florida, for instance, contains five of them. The Miami division is the largest of these, and has many judges. There is also a West Palm Beach division, home to Trump’s Mar-a-Lago resort; it has two active judges. The last division worth mentioning, the Fort Pierce division, has one judge.

The lawyers of southern Florida are instructed to sue in the division where the “incident” underlying their lawsuit “occurred,” or, failing that, in the one where their client lives. Trump is sure to have a theory as to why the pertinent “incident” in his case “occurred” throughout the country, enabling him to sue where he likes. (Put to one side the very real problem of whether the court has personal jurisdiction over the defendants.) Regardless, it is impossible to shake the suspicion, Trump being who he is, that filing in Fort Pierce was a calculated decision. Trump apparently wanted a judge appointed by Trump.

It didn’t work out that way. Sometimes, usually to balance caseloads, a court shifts filings in one division to a judge sitting in another. That happened here, and Trump drew Judge Donald Middlebrooks, who is stationed back in Trump’s Palm Beach stomping ground. In a delicious bit of irony—assuming that plaintiff Donald Trump indeed reached for a Trump-appointed judge—the lawsuit is now before a judge appointed by the husband of defendant Hillary Clinton.

This is when your average county-court hustler would see that the plan had backfired, shrug it off, and proceed to some new scheme. Trump’s legal team did not do this. Instead, they moved to disqualify Judge Middlebrooks. That the judge was appointed by Bill Clinton “amounts,” they contended, “to prejudice so virulent or pervasive as to constitute bias” against Trump.

The words “virulent” and “pervasive” appear to have been plucked from cases involving more extreme situations, such as when a judge’s prejudice is revealed not by a conflict of interest but by his hostility in the courtroom. In throwing around such terms, Trump’s lawyers set an unnecessarily high bar for themselves. They actually needed to show only that the judge’s impartiality might reasonably be questioned.

This is not the most satisfying test. A judge’s attitude toward the parties at the outset of a case generally does not lend itself to demonstration. What is clear, however, is that Trump’s motion was baseless. Consider that Ruth Bader Ginsburg and Stephen Breyer, both appointed to the Supreme Court by President Clinton, took part in an appeal related to Paula Jones’s claim that Clinton had sexually harassed her—and joined the unanimous ruling against him. Likewise, three justices appointed by President Nixon joined a decision ordering the release of Nixon’s Oval Office tape recordings. And of course, two justices appointed by Trump helped resolve his appeals in cases about his tax records—and not in the way he wanted them resolved.

If there really were some colorable ground for recusal, Trump’s attorneys could be relied on to miss it. The motion contained nothing that could fairly be called a reasoned argument. No one with viable mental faculties proofread it. It was filed before any of the defendants even appeared in the case. (Seeking rulings before the other side can respond would be a sound move, were it your goal to bias a judge against you.) Cynicism hitched to indolence—an alliance of mendacity and incompetence—drove the filing of this motion.

That Trump’s lawyers are this bad tells you all you need to know about the lawsuit itself. As Ken White, a former federal prosecutor best known as Twitter’s Popehat, put it:

“I’m going to file the most important RICO case ever, a historic case about political crimes eclipsing Watergate, and even though I’m a multi-millionaire with powerful connections in conservative lawyering, I’m going to pick a cadre of obscure misfits to file it.” Ok brah

The attorney who signed the complaint has repeatedly been suspended from practicing law. At his website—no kidding: www.legalbrains.com—you will find a selection of his poetry (“Momentary anguish and I walk away / To fall in love ten times a day”). You will also learn that he devotes his time to the usual practices of a country lawyer—family law, personal injury, estates and trusts—which props up one’s surmise that, when the task at hand is taking down the arrayed forces of the Deep State, he does not receive the first phone call. Yet this is Trump’s man on the spot. This is the best advocate that a former president of the United States, at this point, can get.

In a succinct order issued last night, Judge Middlebrooks declined to recuse himself. Along the way, he remarked on Trump’s decision to file in Fort Pierce. He noticed too that when Trump “is a litigant before a judge that he himself appointed, he does not tend to advance these same sorts of bias concerns.” So ends (one would hope) a bizarre gambit in which the Trumpian ethos of litigation found full expression.

The good news, for those of us at risk of becoming numb to Donald Trump’s legal antics, is that Trump and his lawyers invariably find fresh and unexpected ways to fall on their faces.

Trumpism on the Bench? 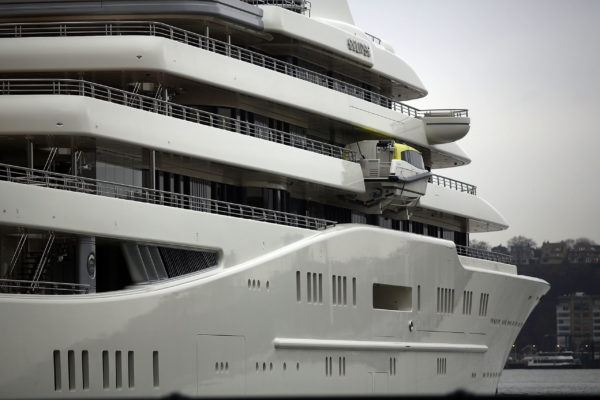