Universal’s ‘Exorcist’ Sequels Have a High Bar to Clear

The New York Times reported Monday that Universal Pictures is set to launch a new trilogy of films inspired by William Friedkin’s 1973 film adaptation of William Peter Blatty’s novel, The Exorcist. The new films will be written and directed by David Gordon Green, and, as Ellen Burstyn is returning to the franchise for the first time since the original movie, will evidently be sequels. Whether or not this is a wise move remains to be seen, though as a passionate fan of The Exorcist my hopes are not high. For now, what really sticks in my craw is that in the Times article, buried in a paragraph about Burstyn’s return and the involvement of actor Leslie Odom, Jr., is the following parenthetical: “Two forgettable Exorcist sequels and a prequel were made without her between 1977 and 2004.” First of all, there were actually two prequels: one, with the perhaps too-literal title Dominion: A Prequel to The Exorcist, directed by Paul Schrader, was deemed unacceptable by the studio and was, in a sense, remade, albeit loosely, as Exorcist: The Beginning by Renny Harlin. (Both were eventually released, with Schrader’s coming out second after nobody liked Harlin’s film; one could even say they released the Schrader Cut.) Second, regardless of what one might think of John Boorman’s 1977 sequel Exorcist II: The Heretic, and I myself am not a fan, “forgettable” is perhaps the last word I would ever use to describe it.

More important and more distressing to me—hence the publication of this essay—is the dismissal of The Exorcist III (1990), written and directed by William Peter Blatty himself, as though it were something other than one of the best horror films ever made.

The Exorcist III was the second, and last, film Blatty directed (the first being 1980’s The Ninth Configuration). Based on his own novel Legion (1983), The Exorcist III does not return the audience to the lives of Chris MacNeil and her daughter Regan from the original story (played by Burstyn and Linda Blair, respectively, in Friedkin’s movie); their trials are over. Our central character this time is Lt. Bill Kinderman, the Washington, D.C., homicide detective played by Lee J. Cobb in 1973’s film and here by George C. Scott. Early on, The Exorcist III focuses on the friendship between Kinderman and Father Joseph Dyer (played by Father William O’Malley in 1973 and here by Ed Flanders) who was the best friend of Damien Karras, the priest who gave his life to save Regan MacNeil. In one scene, after debating with Dyer about religious faith and the existence of God (“The whole world is a homicide victim, Father. Would a God who is good invent something like that? Plainly speaking, it’s a lousy idea. It’s not popular. It’s not a winner.”), Kinderman reveals to the priest the gruesome details of the recent murder of a young boy, Thomas Kintry, one of a series of apparently connected murders in the area. The modus operandi suggests a link to a decades-old serial killer dubbed the Gemini Killer. However, the Gemini Killer is dead. Moreover, the fingerprints believed to be those of the killer in each case don’t match, meaning that more than one person is responsible for these murders. When Dyer is hospitalized for some minor health issue, and is subsequently murdered in his bed, the action of the film shifts almost entirely to the hospital, as it becomes clear that whatever is going on, whatever evil is at work, it is operating from there.

That’s the basic set-up. But while I find the plot to be quite gripping—even moving, in its unfolding revelations—what makes The Exorcist III not just memorable but truly great is Blatty’s wonderfully off-beat technique and style. Some of that style, admittedly, seems to have been pulled from Blatty’s experience working with Friedkin. The novelist was both a producer and screenwriter on Friedkin’s Exorcist, and in the two films Blatty directed he uses a sort of montage technique of static shots of objects—religious iconography, bowls, clocks—to set a scene and mood, which Friedkin did in his 1973 film, particularly when introducing Father Merrin (Max Von Sydow). Beyond that, however, Blatty seems to me to have happily, and very ably, struck out on his own. There is so much to enjoy, and to be chilled by, in The Exorcist III that it’s hard to know exactly where to begin, not least because the film shifts in tone so often, sometimes on a dime.

But it’s best to begin at the beginning: the picture begins with Father Dyer standing at the top of the steep stairway where his friend Karras died. Soon thereafter, the opening credits begin. Along with Kubrick’s The Shining, these must be the most effective opening credits to a horror film I’ve seen. Ominous rumblings, a demonic voice muttering the word “legion…”, heavy breathing, strange shadows and images (including a boy, barely seen, who we will eventually learn is Thomas Kintry, holding out a rose), ending with the voice of Jason Miller, who played Karras for Friedkin and plays him again here for Blatty, saying “Sometimes I dream of a rose, and falling down a long flight of stairs.” Then the camera hurtles headlong down those stairs before Blatty smash-cuts to three helicopters at sunset searching the Potomac for Kintry’s body.

This is a remarkable opening, and the film never stops. Deeply stylish without ever letting that style overwhelm the whole endeavor, The Exorcist III also includes a haunting dream sequence. Kinderman is asleep at the same time his friend is being murdered in the hospital, and in this dream he’s wandering through what appears to be a train station between death and Heaven. There he sees Kintry again—“Hello Thomas, I’m so sorry you were murdered,” he says in a way that is almost comically perfunctory but entirely faithful to dream logic—and sees all manner of stranger sights, including a series of angels. This part might now illicit undeserved laughter for some of the famous faces playing those angels, including a pre-fame Fabio, and Georgetown basketball star Patrick Ewing as the Angel of Death. The sequence is bracingly surreal, and ends on an image of horror the significance of which the audience won’t understand until much later.

And that’s another thing. The Exorcist III is very patient in its horror, and in the way it dispenses information. I’d rather give away as little as possible, but suffice it to say that after the film has moved to the hospital, and we know something awful is happening there, Blatty stages one of the most exquisite moments of truly frightening horror of the (roughly) modern era. When I saw this film in theaters, the 31-year-old scene I’m dancing around to avoid spoiling for you had the audience in an utter panic. I remember in the aftermath seeing a guy run up the aisle to consult excitedly with his friends in this packed theater.

Somehow even more disturbing is Brad Dourif’s performance as the Gemini Killer. The idea, briefly, is that in the mental health ward of this hospital is a man recently committed. For reasons I won’t get into, when Kinderman visits this man in his cell, he sees Damian Karras. But the audience mostly sees the Gemini Killer, whose spirit, it turns out, possessed Karras’s body just at the moment of his death. Jason Miller is in the film, and while we mostly see Dourif, it’s clear to the audience that when this vile creature is ranting at Kinderman (“He is inside with us! He’ll never get away! His pain won’t end!”), Kinderman is seeing his old friend Karras screaming these evil things. He’s watching his friend being tortured. Dourif is fantastic: completely unhinged but, given the premise and tone of the film, somehow completely realistic.

There are some lighter, and very welcome ancillary pleasures on offer here, too. It’s funny, for one thing: When visiting Dyer in the hospital, Kinderman asks the priest why he’s reading Women’s Wear Daily rather than the Gospels, and Dyer replies, deadpan, “They don’t give you all the fashions.” Also, and I’ll grant you this matters most to people who grew up in the D.C. Metropolitan area, The Exorcist III, even more so, I think, than its 1973 predecessor, has a wonderful sense of place, and of the parts of DC that don’t often appear in movies. For example, when Dyer and Kinderman go to see It’s a Wonderful Life early on, they go to the late, lamented, but instantly recognizable Biograph Theater. It’s also refreshing to see a horror film with a cast made up largely of middle-aged, or older, actors. Along with Scott, Miller, and Flanders, The Exorcist III also features the great Scott Wilson, the somewhat peculiar, but good, Nancy Fish, and George DiCenzo (Wilson and DiCenzo both appear in The Ninth Configuration as well). Among others. I know my mom was a bit taken aback to see Viveca Lindfors’s name show up in the credits.

But more than any of this is the film’s approach to faith, doubt, good, and evil. Like The Ninth Configuration, The Exorcist III is a moral thriller. Blatty began his career as a comedy writer (he co-wrote the screenplay for A Shot in the Dark, the second Inspector Clouseau film). Most of his books are comic novels. Yet Blatty, who died in 2017, was a man of deep religious faith. With The Ninth Configuration he imagined a situation where a man spiritually adrift might find faith and goodness through the redemption and selflessness of a morally tortured man. In his two Exorcist novels and films, he sharply contrasted evil at its most cruel and depraved with the good people who are almost bound to be crushed by it. The goodness of Damian Karras would mean less if the horror he faced, and the suffering he endured, weren’t so extreme. And if Kinderman, barely hanging on even at the beginning of The Exorcist III, can get through all of this without giving up, then, awful as it all is, perhaps there is hope.

We live in an age of uniformly beige Netflix and Amazon Originals—generic titles like Extraction or Six Underground or The Tomorrow War reinforcing their blandness—and the kind of dull studio catalogue films like the Twilight series, which, if they’re watched at all, fall into a memory hole as soon as the end credits begin. Tapping the IP well once again is no recipe for memorability: recite one joke from Eddie Murphy’s Coming 2 America, I dare you. For The Exorcist III to be casually brushed aside as if it rests in that cinematic vein suggests to me only that anyone dismissing it like that must not have actually seen it, or paid no attention while it was on. This film is quite unforgettable. 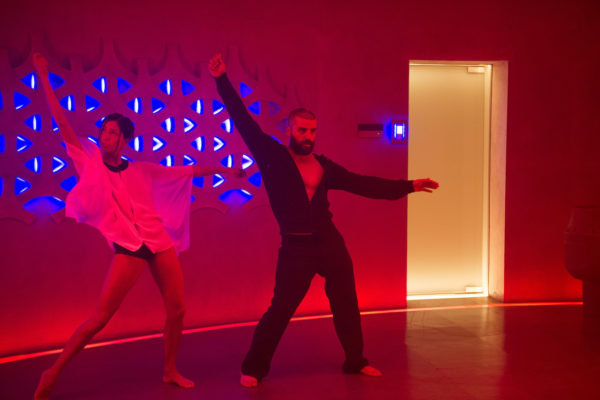 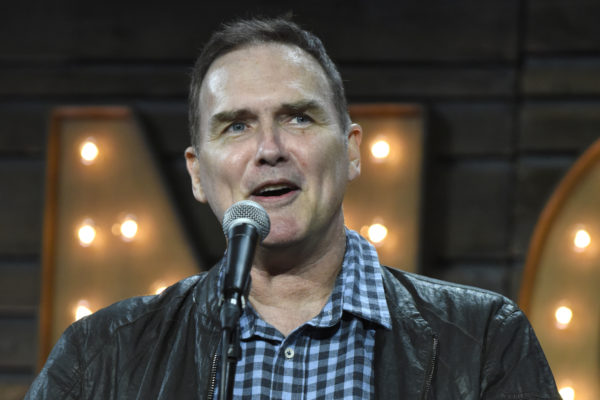 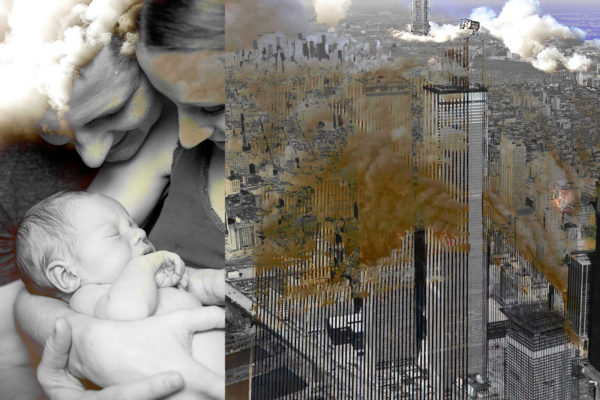 From Horror to History