‘West Side Story’ and the American Melting Pot

If anyone has earned the right to remake the West Side Story after the original 1961 adaptation won Best Picture, it’s Steven Spielberg. Spielberg changes the structure of several scenes in order to ditch the fantasy ballet elements of the 1961 film. Instead, the focus is squarely on life in 1950s New York. In doing so, Spielberg attempts a more nuanced perspective on American racial anxieties than the original film, highlighting America’s difficult history of race relations, and arguing for a more nuanced interpretation of the American “melting pot.”

West Side Story is rightfully held up as one of the masterworks of American art. Four legendary creatives —Leonard Bernstein, Stephen Sondheim, Jerome Robbins, and Andrew Laurents—collaborated on a show that, even 65 years later, feels vibrant and timeless. The four of them were all men who had experienced being on the wrong side of American popular sentiment: all four were left-leaning, gay, and Jewish, and three of them had been personally investigated by McCarthy or the FBI and placed on the infamous Hollywood Blacklist. Laurents and Robbins were personally dragged to hearings.

Surviving the McCarthy era engendered a more cynical view of America in the creators, and this sentiment is reflected in the conceptualization of West Side Story. William Shakespeare’s Romeo and Juliet is reinterpreted as a story about New York City, poverty, and racial anxieties between the existing working class and a new wave of Spanish-speaking immigrants, creating a self-perpetuating cycle of violence. The negativity on view is tempered by hope for a better tomorrow as reflected in the film’s thesis song, “Somewhere”: “Somewhere / We’ll find a new way of living / We’ll find a way of forgiving.”

Indefatigable hope in the face of cruelty and adversity: that’s what makes West Side Story a uniquely American classic. 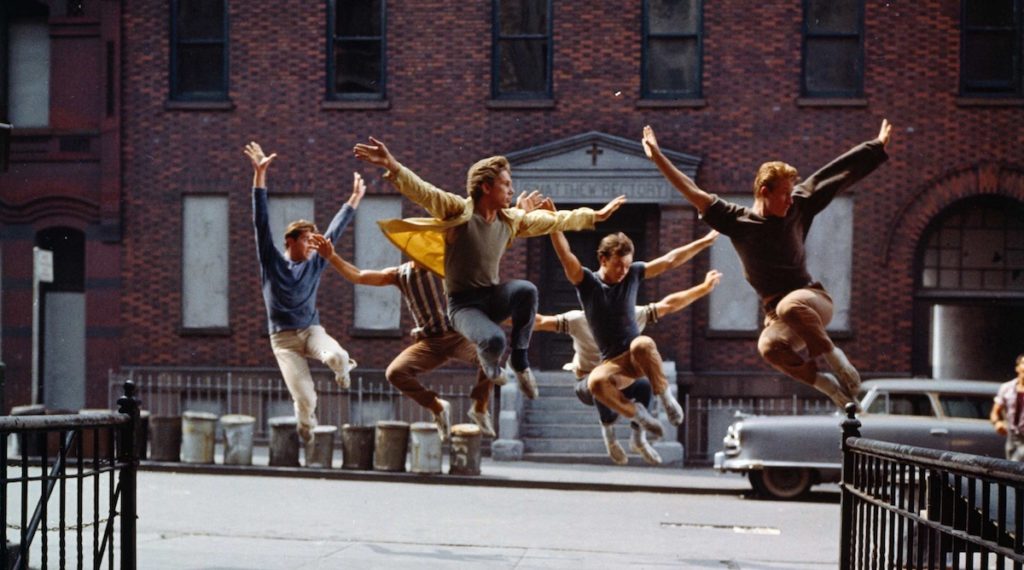 When originally adapted for film by Robbins and Robert Wise, many of the play’s spicier elements—greater violence and an explicitly attempted sexual assault, in particular—were removed. The film instead centered on the romance of Tony and Maria, using color and ballet to convey the brutality of gang violence that they couldn’t directly portray on film. It also had hope for a more assimilationist view of America, one reminiscent of the American melting pot ideal.

Spielberg and writer Tony Kushner reinserted the rougher elements of the play in addition to changing the song structure to give the themes more nuance and resonance to modern audiences. The “Cool” number, for instance, is placed back in the first act, becoming a brawl between Tony and Riff in an attempt to stop the ill-fated rumble. This contrasts with the ’61 movie, where it is the means by which the Jets express their sorrow at the deaths at the rumble.

Most important to the changed perspective, however, is Spielberg and Kushner’s decision to give Rita Moreno’s Valentina the “Somewhere” number. The song is usually the hope and prayer of Tony and Maria, longing for a better place in the wake of violence, and reprised following the play’s final death. It is West Side Story’s leitmotif, allowing hope to serve as the undercurrent for the explicit critiques of America. This time however, it is sung by Valentina, the widow of a mixed marriage, lamenting the carnage wrought by ethnic tensions. The song now feels like a commentary on the idea of the melting pot; putting it in the mouth of the oldest character makes it feel dated, almost quaint.

The term “melting pot” comes from the title of a 1908 Broadway play by Israel Zangwill, which told the tale of a Russian-Jewish immigrant looking to escape the pogroms of the time. The term quickly caught the imagination of the country and became synonymous with the potential of the United States: Many cultures, ethnicities, religions, and traditions all coming from the Old World, putting behind the enmities of yesterday, and learning to live in peaceful collaboration and coexistence. It’s a noble aspiration, one that is predicated on the notion that all men are created equal, and, given the opportunity for a fresh start, can become something better than they were before.

In subsequent decades, however, the term has become associated with forced assimilation and whitewashing of various ethnic cultures, leading to tension around the concept. Spielberg, Wise and Robbins all use West Side Story to take a look at an America where the idea of forced assimilation and displacement creates ethnic tensions and a cycle of violence that in turn leads to more hatred. (This is also ground tilled by Kushner and Spielberg in their 2005 masterpiece, Munich.)

The original film was an active participant in this whitewashing: The only Latino lead in the whole of the 1961 movie was Rita Moreno, an echo that gives Valentina’s performance of “Somewhere” added resonance. While I have personal experience with the trickiness of casting—as a son of Cuban and Argentine-Irish immigrants, I’ve performed in the play numerous times and, depending on where I was living and the needs of the cast, have portrayed both a Shark and a Jet—there was no good excuse for a big Hollywood production not to cast these roles with the proper ethnicities, even in 1961.

The added focus on Chino and Maria in the 2021 movie drives home the point about the cycle of violence. Their backstories are more fleshed out, with Chino’s education and felicity for adding machines serving the hope of Bernardo for a Puerto Rican to escape the west side. Both are meant to be kept out of the street violence that consumes both gang members and adults on the west side, yet Spielberg takes care to show how their own insecurities and choices ultimately condemn both to be victims of the same cycle the Sharks wanted them to avoid. 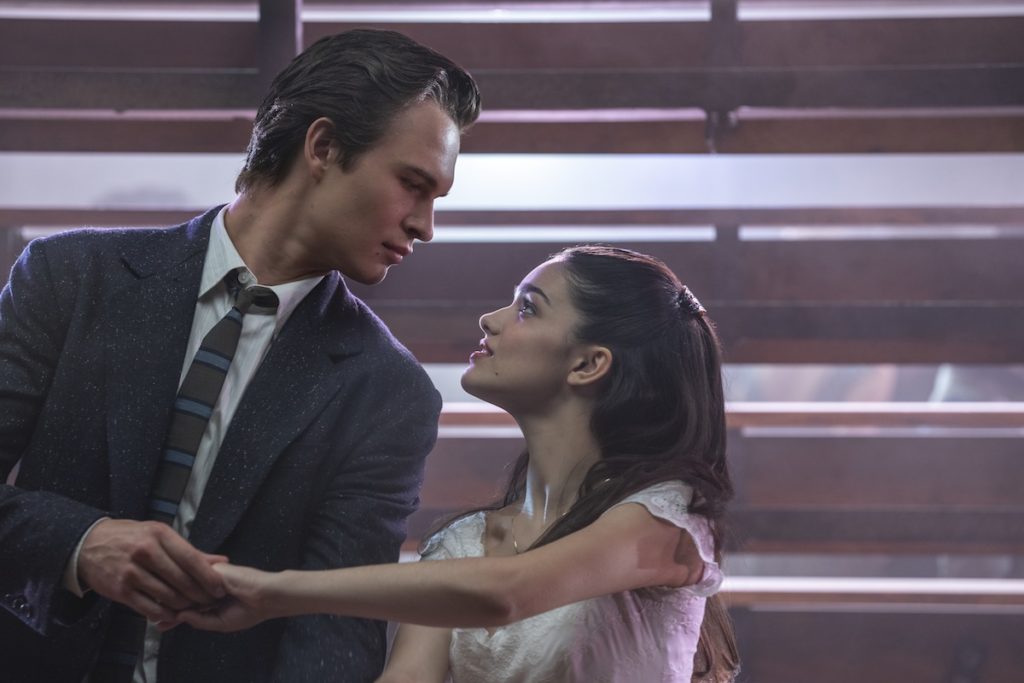 Nowadays there are two schools of thought surrounding the melting pot: The assimilationist view and the “diversity is our strength” view that came to prominence in subsequent years. But what makes the concept special isn’t assimilation or the loss of culture, as its critics suggest, but the melding of new cultures with time-tested American values and traditions, strengthening both. The American melting pot, if practiced imperfectly and used to excuse past cruelties, is still an aspiration worth striving towards.

West Side Story became an American masterpiece because it wrestled with weighty concepts of racism, love, and poverty, generating an emotional fervor that necessitates the elevated reality of song and dance. In a time when political and cultural divisions are at a fever pitch, perhaps some catharsis can be found in the fury of dance and song Spielberg’s West Side Storyprovides. For me, West Side Story serves as a timely reminder of the failures of America’s past in addition to hope for the future. Yes, there is systemic inequality and injustice. There is racism. But much like the tragedy that shapes West Side Story, these prejudices can give way to love and mutual respect. This is the prayer written by Sondheim that cuts through the hate and cynicism in which the characters threaten to drown: Somehow, Someplace, there can be a new way of living and forgiving.