Or: Why I Care About What Happens to People I Don’t Know
by Mona Charen
Voluminous plumes of volcanic ash and rock rises from Mount Saint Helens on May 18, 1980, with Mount Rainier across the Washington landscape. (Photo by © Gary Braasch/CORBIS/Corbis via Getty Images)
Share on Facebook Share on Twitter Share via email Print

We went west for vacation this year, to Washington State. There’s a little slice of heaven called the San Juan Islands (accessible only by ferry), where we hiked and bird watched and kayaked, before heading south to Seattle for a few nights. COVID robbed us of travel for so long that it was possible to lose the sense of gratitude for this vast, gorgeous country.

People from the East Coast assume you’re speaking of Puerto Rico when you mention the San Juan Islands, but those from the Pacific Northwest know them as perfect vacation spots. Think Maine without the rain (though I’m only vouching for summer weather). In addition to sunny, dry days and crisp, cool nights, the islands boast celebrities that attract the star-struck. I speak of the pods of Orcas that pass through the channel between the United States and Canada. Tour organizers advise that you mustn’t assume when you sign up for kayaking that you will see Orcas—the chances are less than 1 percent on any particular trip—but we hit the jackpot. Spouting and breaching, they passed within a few hundred yards of us. The delight on the ocean that day was electric—whoops erupted from boaters and kayakers and lucky observers onshore. Just a whole lot of love for our fellow creatures who are among the most social of animals—only elephants and higher primates have more complex social systems. (They don’t deserve the moniker “Killer Whales”—and they’re actually dolphins—but you can look that up.)

Speaking of higher primates, people in Washington (as in San Antonio and Louisville and other places we’ve recently visited) are incredibly friendly. It’s hard to imagine that we are a nation at one another’s throats when everyone you see on the street or in the markets or restaurants or on planes is smiling and polite. Meaning no offense to my home town, which has other virtues, I was struck by how outgoing and helpful people in the “other” Washington seemed to be as a routine matter.

On the drive to Seattle, I caught a glimpse of something on the horizon that was so imposing that I figured I must have imagined things. Must have been a cloud formation. But no, as we continued, it came into clear view in all its magnificence—Mount Rainier. Rising 14,411 feet from the base, the massive mountain towers over the Seattle/Tacoma region (the original Salishan name for the mountain was Tacoma). Since my only association with the name Mt. Rainier was cherries, I asked my brother, who knows these things: “Is it an active volcano?” Is it ever. 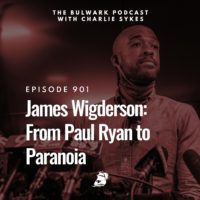 It seems that Mt. Rainier is considered one of the most dangerous volcanoes on Earth. It is one of 16 volcanoes around the world designated as potentially catastrophic. There are several reasons. First, it’s so close to a large population. Second, it is covered in 25 glaciers and a year-round snowcap so that an eruption would mean not just lava, gas, and ash but a massive melt that would send lahars (slurries of rock, boulders, mud, and debris) more than 400 feet deep into the populations in the surrounding valleys. And third, it has shown recent geological activity.

Mt. Rainier has been quiet for more than 100 years, but that’s nothing in geological time. The U.S. Geological Survey has set up lahar early warning sirens in the region, but it’s possible that the volcano could erupt without warning. And even with warning, the destruction would be almost unimaginable. Just check out the 1980 eruption of nearby Mt. St. Helens for a sense of the possible magnitude.

Aside from prompting reflections on the precariousness of human existence, learning about the danger posed by beautiful Mt. Rainier caused me to think about national solidarity. Doubtless you’ve seen the polls showing that a rising number of Americans are thinking about secession—about tearing this country apart. If we’re honest, we’ve all had our moments of musing that we’d be better off without the people who upset us.

But think about that mountain and its looming threat. Clearly, a massive eruption or earthquake or tsunami anywhere on the globe would be a tragedy. And yet, because this danger is in Washington state, I would feel it more acutely than if it struck Colombia, or Japan, or Guatemala (among the other nations with worrying volcanoes). I’m not related to anyone in the Seattle/Tacoma area. I don’t even know anyone in the area. I live further from Mt. Rainier than I do from Managua, Nicaragua. But it’s still my country. They are my people. Yes, even if some of them think drag queen story hour is a great way to spend a Saturday afternoon. And yes, even if some of them think that Donald Trump should be president again. There is a kinship there. They are my countrymen, and I care about them more than I do people in other lands. It’s parochial, yes, but that’s the way human beings are made. We care about our families more than our friends, and our friends more than our neighbors, and our neighbors more than strangers. And we feel solidarity with others in our nation.

Let’s try to remember that fellow-feeling is built up over decades and centuries. It can span continents. It’s remarkable really—a gift—and ought not to be squandered.