What Ails the American Male?

Of Boys and Men
Why the Modern Male Is Struggling, Why It Matters, and What to Do About It
by Richard V. Reeves
Brookings, 242 pp., $28.99

Throughout most of Richard Reeves excellent new book, Of Boys and Men, I wasn’t just nodding along, I was foot-stomping. Too little has been written about the troubles of boys and men. I addressed many of these issues in my 2018 book Sex Matters and am always glad to see more hands to the oar (though Reeves and I see certain things differently, which I’ll come to).

As a culture, we remain stubbornly attached to the notion that girls and women need encouragement, special programs, and remedial measures to bring them into full equality with males in school, in the workplace, in sports—well, pretty much everywhere. There is nothing wrong with that, but as Reeves and a handful of others have observed over the last two decades, this focus is significantly out of date.

In reality, girls are outperforming boys in education—and not by a little. As Reeves observes, girls now account for 66 percent of high schoolers ranked in the top 10 percent of their classes, while boys comprise a similar percentage of those in the bottom decile. Girls are more likely than boys to be enrolled in AP and IB classes, and more likely to graduate on time than boys. The gender gap in college attendance and graduation is huge. In the United States, 57 percent of bachelor’s degrees now go to women, as well as three out of five master’s degrees, and the majority of doctorates (though men still strongly dominate Ph.D.s in math, computer science, engineering, and the physical sciences).

Reeves excels at the eye-popping statistic:

Reeves doesn’t mention this, but many colleges have been practicing silent affirmative action on behalf of male applicants for many years—which only masks the problem. Boys are falling behind at every level of educational attainment.

In 1972, the U.S. government passed the landmark Title IX law to promote gender equality in higher education. At the time, there was a gap of 13 percentage points in the proportion of bachelor’s degrees going to men compared to women. By 1982, the gap had closed. By 2019, the gender gap in bachelor awards was 15 points, wider than in 1972—but the other way around.

Despite the constant invocations of male power and dominance in the workplace, the past several decades have seen a sharp drop in the number of men participating in the labor force at all. One in three men without a high school diploma is out of the workforce. Even before COVID, there were 9 million prime-age men (between 25 and 54 years old) who were not employed. Bear in mind that this category is separate from those who were counted as “unemployed” during this period. The “missing men” were simply out of the workforce altogether. They weren’t laid off. They weren’t looking for work. At the same time, women’s labor force participation has steadily increased (though fluctuating in response to recessions and COVID).

Okay, but don’t women still earn only 82 cents for every dollar earned by a man? Reeves wades into the thicket and I wish him luck. This completely misleading statistic seems unkillable. “There is certainly very little evidence that women are paid less than men for doing the same work,” Reeves explains. “The one-word explanation for the pay gap is: children. Among young adults, especially if they are childless, the pay gap has essentially disappeared.”

Our society is in the grip of a male recession. Perhaps it’s the case that once women were unleashed from the strictures of sexism they were bound to leapfrog ahead of men. Some feminists are content to see it that way. But Reeves believes that both justice and the general welfare demand some creative thinking about the way we teach boys and treat men. He doesn’t say it quite this way, but most women are not going to live their best lives without fathers and husbands and brothers and sons who are reaching their own potential. Well-adjusted, contributing, grown-up men are not a luxury good. They are necessary to a healthy society. The men who are failing to perform at school and work are also more likely to be disconnected from family, which is damaging not just to the men themselves (who are lonely and prone to deaths of despair), but to the children they father but do not parent.

Involved fathers are important. Solid relationships between fathers and children are highly correlated with kids’ health and happiness. As Melanie Wasserman and others have shown, boys seem to suffer more than girls when they are raised without fathers. So we’re in a negative feedback loop. Boys raised without fathers often fail to grow up to become the kind of men women want to marry. And in turn, the shortage of marriageable men means that more kids will be raised by single moms, and on and on we go. (Same-sex couples are not included in this data.)

The parts of the brain associated with impulse control, planning, future orientation, sometimes labeled the “CEO of the brain,” are mostly in the prefrontal cortex, which matures about 2 years later in boys than in girls. The cerebellum, for example, reaches full size at age 11 for girls, but not until age 15 for boys.

Why not, then, have boys begin kindergarten a year later than girls? Many private schools already recommend this, and some parents have hit on the technique themselves. Children of affluent parents are twice as likely as those with limited means to choose what many are calling “redshirting.” Reeves would supply an extra year of universal pre-K (which remains an ambition, not a reality) to even the odds.

He also recommends a big federal effort to get more men into teaching, particularly in the younger grades. “It ought to be a source of national shame that only 3% of pre-K and kindergarten teachers are men.” Additionally, Reeves would like to see a big national effort to get men into female-dominated fields, the so-called HEAL occupations—health, education, administration, and literacy. He notes with approval the huge national effort that has gone into encouraging women to take up STEM careers, citing, as just one example, the Society of Women Engineers, which has a headquarters staff of 36 and about $19 million in assets. “The society does an amazing job of providing speaker programs, financial support to students through scholarships, professional development opportunities, as well as effective advocacy and lobbying. By contrast, the men-into-HEAL movement is essentially nonexistent.”

This is all helpful. I’m less enamored of universal pre-K than Reeves, but find the redshirting idea inspired and believe efforts to enhance male participation in fields like education and nursing to be overdue.

Where I sense that Reeves and I disagree is on the topic of marriage. Here’s Reeves describing the left’s and right’s views:

The point on which both sides agree is that marriage bound women to men, but also men to women, and thereby to children. Where they differ is on whether this was a good thing. Conservatives are right that as a social institution, marriage “worked” in the past. Feminists are right that it did so by curtailing women’s autonomy. The question is what we do now.

It’s true that women’s autonomy was more circumscribed in earlier times. But is it right to lay that at the feet of marriage? Reeves asks what we should do now, neglecting to reckon with the fact that today most college-educated men and women are marrying and raising children in roughly the same proportions as most Americans did in the 1950s. (This is in marked contrast to patterns among the poor and near poor.) But marriage has matured and changed. A 2019 Pew survey found that 68 percent of Americans favored an egalitarian form of marriage in which both parents work and both take care of the children, compared with only 21 percent who said they preferred a model in which the husband works and the wife takes care of the home and children. Far from sacrificing their autonomy, married women in the United States have the best of all worlds. They are frequently employed (often—by their own choice—part time when their kids are young) and have the benefits of a two-parent household. Some, as Reeves notes, are the principal breadwinners for their families, permitting husbands to do the lion’s share of childrearing. Married parents get the benefits of economies of scale (two incomes go much further than one), flexibility, wealth generation, support from kinship networks, and security.

Nor is it just a matter of income. Poor and working-class children whose parents are married tend to have much better outcomes than those from single-parent homes, including drastically lower chances of winding up in prison and unemployed as adults.

Reeves is prepared to ask that Americans adjust their ideas about what men’s and women’s work looks like, rethink the age to start kindergarten, alter how child support is determined, expand paid leave, and many other things. He is, indubitably, pro-family. My only quibble is his tame acceptance of unmarriage as the way things must be. He refers to “obsolete mental models of fatherhood based on traditional family roles,” and advises that “fathers matter to their children whether or not they are in a relationship with their mother.” That’s true, but as Reeves knows, men’s relationships with their children often founder when they are no longer attached to the mother (this is not true of women’s relationships with their kids). And it’s also a bit defeatist. If we’re going to recommend huge national efforts to reorient people’s thinking about boys and men, why tamely accept that marriage isn’t in the cards these days? Why not promote it with as much enthusiasm as later kindergarten? Reeves isn’t shy about recommending big “cultural shifts,” so I hope he’ll reconsider. Matrimony is a key ingredient in helping boys become better men. 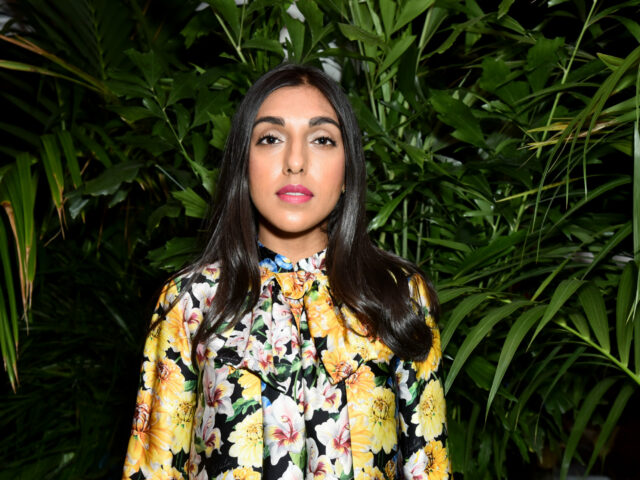 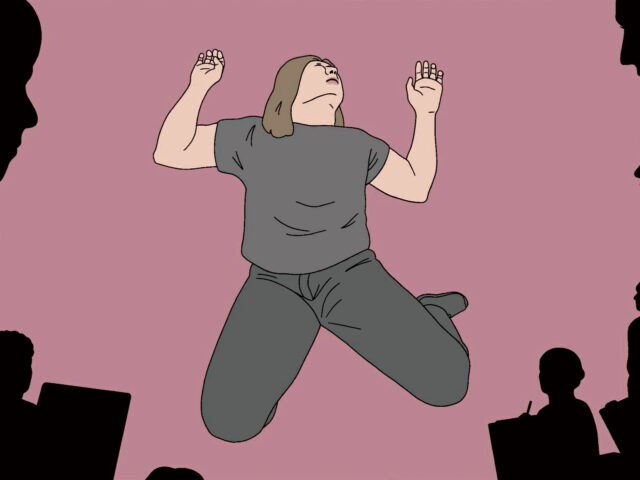 How to Draw Nothing 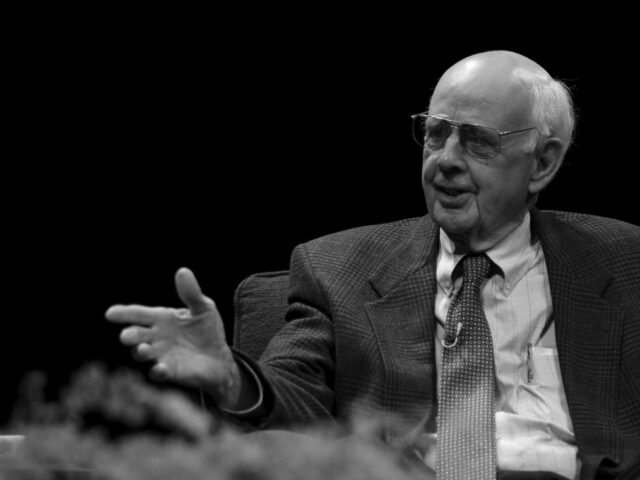