What Happens After Khamenei Dies?

Iran’s leader is rumored to be dead or dying. Here are three scenarios for what might follow.
by Shay Khatiri
On an artwork mural the ruling class of Islamic Republic of Iran are seen praying behind the Supreme Leader Ayatollah Ali Khamenei, 20th November 2002 in Tehran, Iran. (Photo by Kaveh Kazemi/Getty Images)
Share on Facebook Share on Twitter Share via email Print

On Farsi social media, the rumors are swirling: Ali Khamenei, supreme leader of Iran since 1989, is on his deathbed. Or he has already died. Or maybe he has been dead for years, and the man passed off in public as Khamenei is actually a body double named Mir-Taher. (In which case, is it the body double who is dying now?)

Last week, Iran’s Assembly of Experts, a council that in theory (but not in reality) oversees the leader and chooses his successor, held its semiannual conference. But the usual meeting between the assembly and Khamenei was canceled, and a private meeting was held on Thursday instead; no information about the proceedings has been made available. Conflicting justifications for these actions have been offered. One assemblyman said the assembly didn’t want to cause “discomfort” for the supreme leader, while a regime newspaper claimed no meeting had been canceled because no meeting had been scheduled to begin with. The rumors continue: Over the weekend, the assembly was recalled to Tehran for an emergency conference, some claim. There are also reports that Khamenei’s plane from Mashhad performed an emergency landing before reaching Tehran, and he had to be transported to the capital in an ambulance.

Before we continue, let’s make three plain statements for the record. First, again, the facts about Khamenei’s health or death are unclear at the moment. Second, Khamenei has suffered from stage four prostate cancer for years; it is not unreasonable to expect that the 83-year-old’s body has finally succumbed to the illness. Third, even if his health is fine at the moment and these rumors are entirely groundless, he is not going to live forever.

So: What comes after Khamenei? It’s a tremendously important question for Iran, for the region, and for the United States. Yet Iran’s ruling class is going to try to answer it wearing blindfolds and snow mittens.

The office that English-language media routinely refer to as Iran’s “supreme leader”—really just “leader” in Farsi—is analogous to a Roman Caesar, a dictator perpetuo. The larger system is something like a non-hereditary monarchy. The constitutional succession mechanism entails secret meetings among the elderly clerics of the assembly, who argue about whom to elect until finding a compromise that satisfies the competing factions. There are similarities to the secretive conclaves that select new popes, but unlike the Holy See, the Islamic Republic holds formidable temporal power. Its paramilitary, the Islamic Revolutionary Guard Corps (IRGC), is one of the biggest players in Iran—certainly the biggest in terms of financial power—and its objective will be elevating a new leader who will show them appropriate deference. The other powerful faction is the clergy, most prominently the Qom seminary. While lacking the vast resources of the IRGC, it benefits from the fact that all members of the assembly must be clerics, and that the Qom seminary is the assembly’s dominant faction. And last, there is Khamenei’s court, mostly loyal to the man himself.

The selection process will likely devolve into a time-consuming fight among these factions with conflicting interests and ideologies. The stakes are high: The next leader could serve as long as Khamenei did—longer, if he is younger and in good health—which means the choice could lock in decades of either benevolence or hostility from the head of the regime. Everyone in the room stands to gain—and lose—a great deal, especially in view of what happened last time this process became necessary.

What happened following Ruhollah Khomeini’s death in June 1989 is instructive.

Then in his fifties, Khamenei was serving as the president of Iran, but the country’s true head of government was the prime minister (a position abolished later that year): The presidency was then rather meaningless. Following Khomeini’s death, Ali-Akbar Hashemi Rafsanjani, the speaker of Iran’s parliament, became the country’s most powerful leader—not because of his office, but because of his prominent role in the revolution, his relationship with the late Khomeini, and his wealth. It is unclear why he opted against succeeding Khomeini himself, but the upshot is that he instead lobbied for Khamenei—a known buffoon and pliable person—legitimizing him by telling (likely fabricating) a story that Khomeini had preferred him.

Immediately after Khomeini’s death, Khamenei assumed the role of acting leader with the intent of serving until the next one was elected. Constitutionally, he was ineligible for the job himself because of his rank: He was a Hojjat-al-Islam, or “aspiring ayatollah”—one rank below ayatollah proper, the minimum rank among Shi’ite clerics required by the constitution for any person who would be elected supreme leader, and two below grand ayatollah. But as deals were worked out in private rooms in the weeks that followed, someone ghostwrote and quietly submitted a dissertation on Khamenei’s behalf to make him a full ayatollah. In August 1989, he was given the position of supreme leader permanently; the constitution was amended to open the role to him as a propounder of “Islamic scholarship.”

Rafsanjani might have been pleased with the elevation of a man he thought he could control, but the story did not end there. There are well-founded suspicions that Rafsanjani didn’t die of a naturally occurring heart attack, as reported, but was poisoned—or even drowned—on Khamenei’s orders. Power can teach even the dullest buffoon how to manage and wield it.

As supreme leader, Khamenei enjoys the rights and privileges of the old monarchs: It is tantamount to heresy to criticize him publicly, and he has used his constitutional protections to purge detractors and empower and enrich himself. Since his original elevation, he has transformed into a cult leader for regime supporters. To do so, he has reached for special prerogatives, and no one has stopped him: After the 2009 Green Movement confronted the Islamic Republic with its greatest political challenge since 1979, Khamenei adopted the prefix of “imam”—a term reserved by Shi’ite custom for only twelve male descendants of Muhammad. Khomeini had used the title within Iran, and in response to the 2009 crisis, Khamenei arrogated to himself the same honorific to guarantee and consolidate his political authority.

Everyone expected (and would have preferred) Khamenei to be a pliable buffoon; Rafsanjani wasn’t the only one nonplussed by the career he helped to start. Instead of a figurehead the power players could disregard when making their own compromises, Khamenei turned out to be a formidable player in his own right. His rule has produced clear winners and losers—and the lessons will not be lost on those choosing his successor.

Who are some of those winners and losers? The indisputable winner is the IRGC, which has seen its power, wealth, prestige, and influence grow under Khamenei’s rule. The losers include the clergy, who are commonly reviled in Iran today, in addition to having lost political and financial influence within the regime, and the reform movement, once a somewhat sincere political force, that Khamenei had mostly killed off by the early 2000s. With these narratives of the Khamenei era in mind, the factions involved in his successor’s election will be wary of compromise. The stakes are too high.

At this point, there are three possible outcomes that appear likelier than any others:

Scenario 1: Khamenei’s son, Mojtaba Khamenei, will be named his father’s successor. He enjoys the support of both the most prominent Iranian powerbrokers, the Qom seminary and the IRGC, and the seminary has signaled that it intends to support his candidacy.

Scenario 2: The IRGC will likely oppose Mojtaba in reaction to the seminary, in which case it might throw its backing to Ebrahim Raisi, the other man speculated to succeed the elder Khamenei. Raisi’s election is the second possible outcome.

Scenario 3: A Triumvirate. This is the likeliest scenario—and the likeliest to prevent larger conflicts among the factions. The Islamic Republic’s constitution allows for a leadership council to serve in place of a single leader. While there is no limit on how many people can serve on the council, the assembly will likely settle on three. The public justification will elevate the reputations of Khomeini and Khamenei beyond human possibility: Surely no single man could replace either of these otherworldly men, but perhaps three men working together could have the combined virtues and wisdom of these past leaders. The political justification is that three spots would permit a power-sharing agreement among the factions while preempting the emergence of a cult figure with aspirations to unquestioned power that resemble those of his immediate predecessor.

An important additional consideration in all this is the widespread discontent that has roiled the country with protests over the past several years. Khamenei’s death, if imminent, would be announced to a country far different from the one whose rule he assumed in 1989. Public opinion is violently against the regime; protesters will seize on the new reality to demand the abolition of the role of leader along with other reforms.

All factions will try to manipulate the demonstrations to their advantage—there have been rumors of an IRGC plot to stage a coup through these means, although it’s doubtful they would succeed—but irrespective of these designs, the longer the succession process drags on, the likelier it is that the ongoing protests turn into a revolution. Ruling class factions turning against one another if the selection goes awry would introduce another accelerant; if one or more were to turn against the regime itself, a civil war could supersede the budding revolution. And even the announcement of a new leader would not end the crisis; it would simply reconfigure the lines of contention: Losing factions might coopt the protests to challenge unfavorable selection results.

Other possibilities ramify outwards from here—many of them violent, and a few of them peaceful. The death of Khamenei will be the Islamic Republic’s greatest survival crisis. It could be exploited to bring positive change to Iran. It could also become a wasted opportunity or a preventable tragedy.

My greatest hope is that news of Khamenei’s death will circulate in the streets of Tehran and a hundred other cities amid the protests and, through political and historical alchemy, create an opportunity for a liberal revolution. Should that hope be realized, the United States will need to be ready to provide assistance to the Iranian people as they decide, for the first time in generations, their political future. 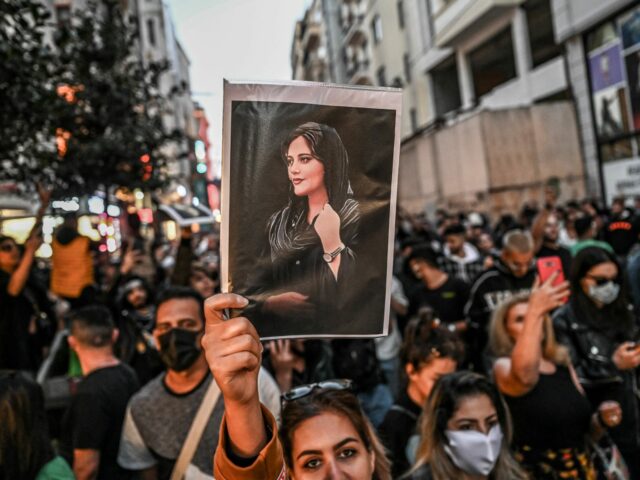