What Matters About Ginni Thomas’s Texts

She reportedly lobbied for Sidney Powell to be “the lead and the face” of Trump’s legal team.
by Amanda Carpenter
Virginia Thomas and U.S. Supreme Court Associate Justice Clarence Thomas, photographed in October 2021. (Drew Angerer / Getty)
Share on Facebook Share on Twitter Share via email Print

The breaking news is not that the longtime conservative activist Ginni Thomas, who is married to U.S. Supreme Court Justice Clarence Thomas, appears to be an unhinged 2020 election conspiracy nut.

It’s that after the election, Mrs. Thomas had specific communications with White House officials about legal matters that get to the very heart of the events of January 6, 2021. And her husband, without any explanation or disclosure, made a ruling to shield those kinds of communications.

repeatedly pressed White House Chief of Staff Mark Meadows to pursue unrelenting efforts to overturn the 2020 presidential election in a series of urgent text exchanges in the critical weeks after the vote.

among Thomas’s stated goals in the messages was for lawyer Sidney Powell, who promoted incendiary and unsupported claims about the election, to be “the lead and the face” of Trump’s legal team.

That would be Sidney “Release the Kraken” Powell. At one point in late December 2020, Trump reportedly considered appointing Powell as special counsel to preside over a sham investigation of seized voting machines. These were the kinds of post-election challenges that led to Attorney General William Barr’s resignation and to a massive internal showdown inside the Department of Justice.

They were major legal events. And Ginni Thomas was lobbying the president’s chief of staff to pursue an extremely dubious specific course of action that almost certainly would have ended up being argued before the Supreme Court.

Does this represent a conflict of interest for Justice Thomas that would have warranted his recusal from any Jan. 6th-related case?

Some background: Last year, the House Jan. 6th Committee sought from the National Archives records from the Trump White House related to Jan. 6th—including not just the record of that day but the events leading up to it and following it. Trump then filed suit against the committee and the National Archives, seeking to block the release of those records. This suit went all the way to the Supreme Court.

On January 19, 2022, the Supreme Court refused Trump’s request. The ruling was 8-1. Only Justice Thomas indicated in the filing that he would have granted Trump’s request to withhold the documents.

Why? He never said. He did not write an opinion.

Given the revelation of Mrs. Thomas’s direct communications with the White House chief of staff lobbying on specific legal matters relating to Jan. 6th, an explanation seems warranted.

Why, exactly, did Justice Thomas believe that White House communications related to Jan. 6th deserved to be shielded? Was this a constitutional decision or a personal one? This is a legitimate question.

It is important to note that the only reason these communications were publicly revealed is that they were among the thousands of messages Meadows turned over to the committee. Meaning: They were not in the tranche of documents the National Archives provided the committee.

But did Justice Thomas know where his wife’s text messages with the White House chief of staff would turn up? Did he know that they would not be part of the National Archives material? This brings us close to the core question: What knowledge did Justice Thomas have about his wife’s activities related to Jan. 6th, particularly related to legal challenges to the election that were extremely likely to come before the Supreme Court?

Of secondary importance: What about Meadows? Throughout this period, Meadows was acting in his official capacity as the White House chief of staff. Why was he hiding so many of these conversations, which included some degree of legal strategizing with the wife of a Supreme Court justice, on his personal phone, rather than his government-issued device? Also of note, the thousands of communications Meadows has turned over to the committee aren’t all of his records that the committee is seeking. He still held some back. What do those messages say?

The overall question of what communications can and cannot be withheld from the Jan. 6th Committee is a critical one, particularly as it pertains to Meadows and other top White House aides. In January, the House voted to refer contempt charges for Meadows to the Department of Justice over his refusal to fully cooperate with the committee’s requests.

Should the Department of Justice pursue any kind of criminal charges, one would expect a challenge that could go before the Supreme Court. What then?

These are only a few of the many questions that, for the sake of the Court’s legitimacy, ought to be answered.

Don’t expect Justice Thomas—who is apparently still hospitalized for reasons that have not been publicly disclosed—to provide answers anytime soon. Mrs. Thomas, for her part, seems to have attempted to get ahead of the Washington Post story by granting an interview to a friendly outlet—seemingly out of the blue, ten days earlier—to express how completely separate she and her husband keep their work.

Maybe there are innocent explanations for what went on. Maybe Justice Thomas really didn’t know what his wife was doing. Maybe he has sincerely held legal rationales regarding the release of the National Archives records that just happen to differ from those of all eight of the other justices. Maybe Mrs. Thomas and Meadows communicated on Meadows’s personal phone, rather than his government phone, by accident.

But at the end of the day, these questions aren’t just about the Thomases. They’re also about the Supreme Court as an institution—its integrity and the public perception of its integrity. And anyone who cares about protecting the Court’s credibility should be interested in finding out the answers. 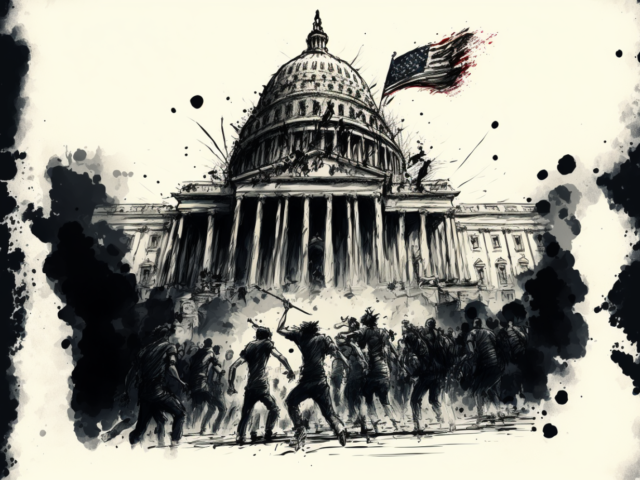