What to Expect from the Merrick Garland Confirmation Hearings

And why he’s the right person for the job of attorney general.
by Frederick Baron and Dennis Aftergut
Merrick Garland speaks during the announcing of President- Elect Joe Biden and Vice President - Elect Kamala Harris Justice Department nominees at the Queen in Wilmington, DE on January 7, 2021. (Photo by Demetrius Freeman/The Washington Post via Getty Images)
Share on Facebook Share on Twitter Share via email Print

Senate Minority Leader Mitch McConnell, in his February 13 floor speech defending his vote against Donald Trump’s impeachment conviction, surprised many observers by signaling approval for Trump’s potential prosecution by the next attorney general:

[Impeachment] is not the criminal justice system, where individual accountability is the paramount goal. . . . President Trump is still liable for everything he did while he was in office. . . . Didn’t get away with anything, yet. Yet.

Trump’s criminal conduct in connection with the January 6 insurrection, along with myriad other potential offenses, will fall squarely onto the desk of the new attorney general. Even if McConnell’s speech was cynically designed to restore financial support from disillusioned Republican donors, it serves nonetheless as powerful political permission to prosecute.

Merrick Garland, President Biden’s nominee for attorney general, is scheduled for Senate confirmation hearings next week, beginning on Monday. He deserves confirmation. Garland is a careful, experienced judge and prosecutor. He will painstakingly consider all dimensions of prosecuting a former president.

They begin with the future danger to the republic if there is no accountability through indictment. But Garland’s history shows that he is conscientious about balancing the scales of justice. So he will also will weigh traditional cautions about indicting a previous president—and the many downsides of prosecuting a president on anything less than overwhelming evidence admissible in a criminal trial.

As a judicial and prosecutorial centrist, Garland is a wise choice to resurrect public faith in our justice system. Among other things, his experience with law enforcement spans terrorist prosecutions and Justice Department management, running across multiple administrations.

Within a year of leaving Harvard Law School with highest honors, Garland was clerking in the U.S. Supreme Court. From 1979 to 1981, he served as special assistant to Attorney General Benjamin Civiletti. He next earned a prestigious Washington, D.C. corporate law firm partnership—but instead of staying in private practice, he opted to return to public service as a line federal prosecutor, moved to the top of the Justice Department’s criminal division, and finally served as the deputy attorney general’s principal aide.

During this period, Garland earned his stripes as a lead domestic terrorism prosecutor.

The next year, Garland supervised the high-profile prosecution of Ted Kaczynski, the “Unabomber.” The alternate-reality extremism of McVeigh and Kaczynski echoed in the grotesquely distorted “patriotism” of January 6 insurrectionists.

In 1997, Garland was appointed to the federal court of appeals for the District of Columbia, where he was a “model neutral judge” for 23 years, with a long stint as presiding judge. His one-time judicial colleague, Chief Justice John Roberts, at his Supreme Court confirmation hearing, expressed great respect for Garland.

In appointing Garland, President Biden affirmed a nonpartisan, independent paradigm for his attorney general: “Your loyalty is not to me,” Biden told Garland, “It’s to the law—the Constitution.”

While Garland brings unique experience and encyclopedic knowledge to the job, the major issues at hand remain daunting. In addition to the presidential prosecution questions noted above, three others are also near the top of the list.

The atmosphere for Garland’s confirmation hearing stands in contrast to an earlier more genteel tradition. One of us (Baron) participated in briefing President Jimmy Carter’s attorney general nominee, Griffin Bell, for confirmation and accompanied him to pre-hearing visits with every Judiciary Committee senator. Bell, like Garland, was a moderate, by-the-book appellate judge. There was surprising bonhomie in Bell’s private visits with Republican senators. They sought to befriend (rather than antagonize) a reasonable attorney general.

By contrast, in today’s Senate, Garland must prepare to swing at hard partisan curveballs during his confirmation hearings. For example:

This highly charged, historic inflection point requires scrupulous adherence to equal justice, the rule of law, and wise prosecutorial discretion—to meet President Biden’s call to “restore the honor, the integrity, the independence” of the Justice Department. Merrick Garland’s record prepares him exquisitely to meet that challenge with evenhandedness, principle, and steely resolve.

Frederick Baron formerly served as associate deputy attorney general, special assistant to the attorney general, and director of the Executive Office for National Security in the Department of Justice. Dennis Aftergut is a former assistant U.S. attorney and Supreme Court advocate who writes on national affairs. 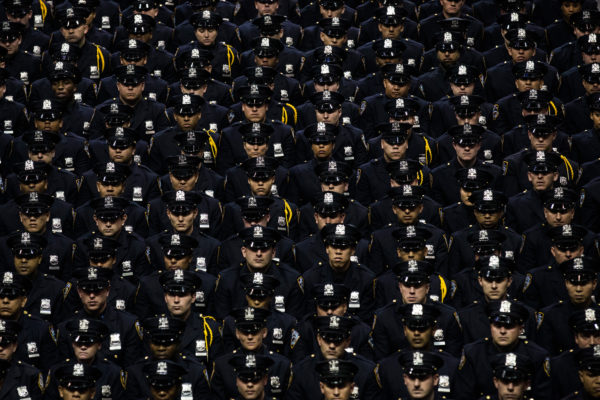