What’s the Big Deal About the Inaugural Committee ‘Pay to Play’?

All told, Trump’s committee raised a whopping $107 million for activities connected with the presidential inaugural ceremony—such as dinners, parties, and black-tie galas around Washington, D.C. That sum is more than twice what President Obama’s committee raised in 2009. And as of last February, “$40 million was publicly unaccounted for.”

After all, it’s no secret that folks paid up to $1 million for a seat at an inaugural dinner with Mike Pence (plus multi-day “access”). D.C. is teeming with lobbyists vying to influence politicians and federal agency personnel. Regular Americans routinely donate to campaigns, too. As one government ethics expert said of Trump’s money-for-access inaugural rollout, “These are all of the ways we have been raising money. He’s just doing it without shame or compunction.”

The SDNY subpoena provides clues as to what the government is investigating: potential fraud, money-laundering, and conspiracy in connection with the Trump inaugural committee.

For the non-lawyers out there, conspiracy is an agreement to commit some other crime plus an act in furtherance of that scheme. To date, Special Counsel Robert Mueller has issued multiple indictments citing conspiracy to commit a crime against—or to defraud—the United States. Regarding the inaugural committee, those “other” crimes appear to involve—once again—potential violations of the federal election and campaign laws.

Inaugural committees are required by law to disclose donations of $200 or more to the Federal Election Commission (FEC), along with the donor’s name and mailing address, the date of receipt, and the “aggregate total donations accepted to date from that donor.” According to the FEC’s website, moreover, federal law contains “a broad prohibition on foreign national activity in connection with elections in the United States,” including “[m]aking any donation to a presidential inaugural committee.” If done “knowingly and willfully,” such activity can land people in jail.

One reason the Trump inaugural committee is of interest to prosecutors, therefore, is that some portion of the $107 million may have come from foreign governments in violation of federal law. And if evidence shows that to be the case, the question becomes: What did the foreigners get in exchange from Team Trump?

Back in August 2018, lobbyist Sam Patten—an associate of former Trump campaign chair and convicted felon Paul Manafort—pleaded guilty to a lobbying crime involving Ukraine. The plea agreement set forth other crimes that Patten admitted to but was not charged with, including “‘causing foreign money’ to be paid to the Trump inaugural committee.”

The scheme worked by engaging a U.S. citizen to act as a “straw buyer” of four event tickets for $50,000. That unnamed person got a check for $50,000 from a consulting firm run by Patten and Konstantin Kilminik.

Recall that Kilminik was Manafort’s associate in Ukraine. Originally trained by Russian military intelligence, he was indicted along with Manafort in July 2018  for obstruction of justice and conspiracy to obstruct justice.

According to the Patten plea filing, the firm was reimbursed through the bank account of Patten’s client, a Ukrainian oligarch seeking to attend Trump’s inauguration. Patten reportedly wound up attending the inauguration with the Ukranian, whose description “matches that of Sergei Lyovochokin, a leader of the pro-Russian Opposition Block whom prosecutors describe as a prominent oligarch.”

To sum it up: A big reason why potential inaugural committee shenanigans matter to prosecutors—and thus to the American people—is the same “quid pro quo” problem underlying much of the Trump scandals that have mushroomed into 17 investigations (not including the burgeoning congressional inquiries). Consider, for example:

On this last note, the question becomes: What might the Russian government expect to get in exchange for stolen information damaging to Clinton that was publicly leaked in the weeks leading up to the ultimate election of Donald  J. Trump as president of the United States?

In the swirl of complex facts, the legal bottom line is this: If foreigners (read: Russians) paid-to-play with Team Trump during the campaign, the transition, the inauguration, or his presidency—then possible criminal liability is on the table. For all involved. 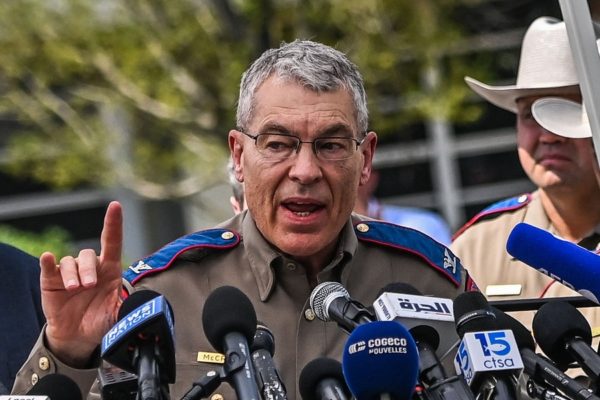