There was a time, not very long ago, when far-right figures wanted to avoid being called “Christian nationalists”—denying or deflecting or pleading ignorance. Even now, some reject the label. “Reporters frequently ask me,” Robert Jeffress, the megachurch pastor, said last month, “‘Are you a Christian nationalist?’ . . . And I respond emphatically, ‘No, not in any way.’” In May, Doug Mastriano, the Republican nominee in the race for Pennsylvania governor, wrote a reporter, “Is this a term you fabricated? What does it mean and where have I indicated that I am a Christian Nationalist?” Franklin Graham told the same reporter that “Christian nationalism doesn’t exist.”

Despite the protestations, the term Christian nationalism is well suited for much of the far right. Think of (defeated) Georgia gubernatorial candidate Kandiss Taylor’s slogan “Jesus, Guns, Babies.” Or the extensive Christian symbolism in the crowd that attacked the Capitol on January 6th. Or the Republicans, such as Rep. Lauren Boebert and Doug Mastriano, who have pointedly said they believe in collapsing the separation of church and state.

We may be entering a new phase, however—one in which at least some people are claiming, proudly, to be Christian nationalists, and writing apologetics explicitly in defense of the label and its attendant ideology. Witness Rep. Marjorie Taylor Greene, who openly proclaims herself a Christian nationalist on Twitter and in interviews and on t-shirts. Or the Federalist, which on August 11 published an article entitled “Christian Nationalism Is Biblical And America-First, But It’s Not White.” The author, Carina Benton, is a regular contributor to the Trump-loving right-wing outlet and not someone with apparent expertise in theology or political philosophy—but the article is a useful indicator of how the debate is shifting, and because similar arguments have popped up elsewhere, it is worth at least a quick dissection.

Benton asserts that the criticism of Christian nationalism relies on “straw man arguments that misrepresent both Christianity and nationalism, and phony attempts to depict the movement as white,” before going on to prove Godwin’s Law halfway through.

Perhaps the two most pernicious paragraphs in Benton’s article deal with the idea of what a Christian nation is. First, she says that the United States chose God, chose Christianity, within a very specific doctrinal image:

Everyone is invited to “freely enter into a personal relationship with the Savior,” fine, but the mechanism described here is neither free nor personal: It is a state-imposed Christendom over the nation and its inhabitants. Don’t take our word for it, Benton is very clear:

[Holy Scripture] also envisages, from Genesis to Isaiah, from the Gospels to the Book of Revelation, the conversion of whole nations or peoples, and warns of the inevitable harm of instead embracing a culture of idolatry, depravity, and deceit. Hence, we read in Proverbs that “a nation without God’s guidance is a nation without order.”

Benton’s article is not the first case of apologetics for Christian nationalism in the Federalist. In 2019, it published “We Need Christian Nationalism Because Religious Neutrality Has Failed,” which argues that religious neutrality should be rejected in favor of “a conviction that a Christian understanding of the world should predominate over other worldviews in American civic life.” And a 2021 article called “Stop Smearing Christians As ‘Christian Nationalists’ Just Because They Value Both Faith And Freedom” includes this line apparently intended as a defense of January 6th insurrectionists: “You think Big Tech and bureaucrats rigged an election that will result in your rights being infringed, so you fly to D.C. with your family and your flags? You’re a Christian nationalist.” We tend to agree with this sentence, if not the author’s analysis—she views the label “Christian nationalist” as an unjust smear on both the insurrectionists and on “Christian Trump supporters.”

“When I said that I’m a Christian nationalist, I have nothing to be ashamed of,” Rep. Marjorie Taylor Greene remarked at CPAC earlier this month. “Because that’s what most Americans are.”

Is that true—are most Americans Christian nationalists? Let’s look at the numbers: Sociologists Andrew Whitehead and Samuel Perry, in their 2020 book Taking America Back for God, show that a little more than half of American adults, 51.9 percent, are either strongly supportive of (19.8 percent) or at least somewhat positively inclined toward (32.1 percent) Christian nationalism. Whitehead and Perry based their analysis on questions in the 2017 Baylor Religion Survey asking respondents how much they agreed or disagreed with six propositions about religion, government, and the United States:

Greene seems to want to seize the moment, laundering Christian nationalism as something both harmless and patriotic: “We’re proud of our faith and we love our country,” she said at CPAC. “And that will make America great again. When we lean into biblical principles, you know, is there anything wrong with loving God and loving others? No.” And in an interview late last month, she argued that Christian nationalism should be a central tenet of the Republican party: “We need to be the party of nationalism. And I’m a Christian. I say it proudly, we should be Christian nationalists.”

The pseudo-history is one pillar of white Christian nationalism. A second pillar is that society and its laws should be dictated by white Christians, that there should be no separation of church and state. A third pillar: the belief that only Christians—white, conservative Christians—are “true” Americans.

Yale professor of sociology Philip Gorski refers to “freedom, order, and violence” as the “holy trinity” of white Christian nationalism:

Which means a kind of libertarian freedom for people like us—“us” being, above all, straight, white, native-born Christian men—order for everybody else, which means racial and gender order above all else, and that kind of righteous violence directed against anybody who violates that order.

While Benton, in her Federalist article, attempted to downplay the white-supremacy aspect of Christian nationalism, the data makes clear that the “white” part is integral to the violent Christian nationalism increasingly openly permeating today’s Republican party. Here’s how sociologist Sam Perry sums it up:

Just from an empirical standpoint, . . . [the] quantitative indicators of Christian-nationalist ideology seem to operate differently for white Americans than for, say, African Americans. When white Americans take our surveys and answer questions about whether the United States is a Christian nation or we don’t need a separation of church and state or we should advocate Christian values in the government, for them, it is powerfully associated with things like nostalgia and authoritarianism and a certain vision of America’s history as this kind of mythic story: that we have a special relationship with God and that there is this kind of place that we are going—this deep story.

And what about the classic narrative that the more openly racist Christian nationalists are somehow “not real Christians”? Religion scholar Robert P. Johns, the founder and CEO of the Public Religion Research Institute, rejects that notion:

Attempts, like Benton’s, to obscure or gloss over the racist core of white Christian nationalism ignore the substantial data collected by sociologists, and show either open lying or blatant ignorance about the still highly segregated American church landscape. They also ignore the experiences of black Christians, like Jemar Tisby, who describe having to leave white evangelical churches, since they felt that they either had to conform to these white theological spaces or leave—there was no debate to be had. Benton’s Federalist article instead employs classic “colorblindness” rhetoric, obscuring the white supremacy that runs through the veins of white Christian nationalism.

Describing a June conference of Christian conservatives, reporter Katherine Stewart explained the three trends she saw that suggested Christian nationalism was on the rise:

First, the rhetoric of violence among movement leaders appeared to have increased significantly from the already alarming levels I had observed in previous years. Second, the theology of dominionism—that is, the belief that “right-thinking” Christians have a biblically derived mandate to take control of all aspects of government and society—is now explicitly embraced. And third, the movement’s key strategists were giddy about the legal arsenal that the Supreme Court had laid at their feet as they anticipated the overturning of Roe v. Wade.

White Christian nationalism knows no nuance—it advocates for a society in which minority rule by white, conservative Christians is enshrined, democracy be damned. And when you listen closely enough, sooner or later, its defenders will reveal their true colors, as Benton does in her Federalist article, when she writes “It’s this love of God, country, and freedom trifecta that has the enemy screeching like there’s no tomorrow” (emphasis added). “The enemy”—an odd way to talk about your political opponent in a democracy. But par for the course in white Christian nationalism, which yearns for a white, Christian, authoritarian state that puts everybody else where they belong—under the “biblical” rule of white, right-wing Christians. 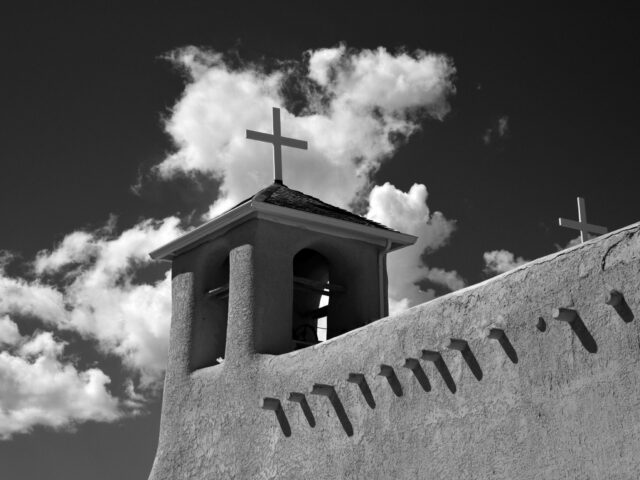