Police who defended the Capitol on January 6 are now left to fend for themselves.
by Amanda Carpenter
Acting Assistant Chief Sean Gallagher wears a mourning band over his badge to honor fallen law enforcement officers at the Black The Blue Bike Tour event at the National Law Enforcement Officers Memorial in Washington on Thursday, May 13, 2021. (Photo by Caroline Brehman/CQ-Roll Call, Inc via Getty Images)
Share on Facebook Share on Twitter Share via email Print

At one point on January 6, a Capitol Police officer confronted former President Trump’s violent mob face-to-face as they broke the glass doors that led into the Speaker’s Lobby just outside the House Chamber.

The insurrectionists, wielding flagpoles, helmets, and any other cudgels they could find, were warned repeatedly to halt and turn around. The officer stood between them and dozens of members of Congress who were sheltering in place.

When one woman, 35-year-old Air Force veteran Ashli Babbitt, attempted to climb through one of the broken doors, the officer made a decision. He raised his weapon. Someone yelled, “There’s a gun! There’s a gun!” Babbitt kept going. The officer fired a single shot, into her left shoulder. Babbitt collapsed. She was given immediate medical attention and then taken to a hospital, where she succumbed to her injuries.

The entire event was captured on camera and put on the Internet, but the officer’s face was mostly hidden by his face mask and the door frame.

Over the following months, the January 6 mob became a digital mob, hunting the officer’s identity and whereabouts. Donald Trump accused him of committing murder and described Babbitt as an  “innocent, wonderful, incredible woman.” Accordingly, MAGA made her into a martyr and depicted the unnamed officer as a criminal. But this week, the officer chose to face them once again, this time on video showing his full face. After months of keeping his identity secret for the sake of his and his family’s safety, the officer felt compelled to out himself on national television in an NBC interview with Lester Holt that aired on Thursday night.

“I believe I showed the utmost courage on January 6 and it’s time for me to do that now,” Lt. Michael Byrd, a 28-year veteran of the Capitol Police force, told Holt.

“I tried to wait as long as I could,” Byrd explained. “I hoped and prayed no one tried to enter through those doors. But their failure to comply required me to take the appropriate action to save the lives of members of Congress and myself and my fellow officers.”

For Byrd and other officers, the pain of January 6—the violence of the day, the trauma, the PTSD—has been compounded by having their reputations dragged by Trump’s supporters. Byrd’s interview comes just short of a month after a quartet of officers testified before the January 6 Select Committee about the brutal violence they encountered that day, as well as the continued harassment they endure from Trump’s loyal fans.

Other officers are taking legal action. On Wednesday, seven Capitol Hill police officers filed a 71-page lawsuit against Trump and associated “Stop the Steal” event organizers for propagating “false claims of election fraud” and encouraging “the use of force, intimidation, and threats” that led to the brutal, physical assault of hundreds of law enforcement officers.” That suit follows another filed in April by a pair of Capitol Police officers against Trump for inciting the crowd.

Like they did on January 6, they are fending for themselves. On the airwaves, in hearing rooms, and courtrooms.

Both the Department of Justice and Capitol Police investigated the shooting of Babbitt. Although the full results of those investigations have not been made public, we know that they both cleared Byrd of any wrongdoing. But that’s not enough to get his life back. He and all the other officers who helped protect the Capitol should be proud of what they accomplished that day. Not a single member of Congress was hurt. The peaceful transition of power was disrupted, but it wasn’t interrupted. As the new chief of the Capitol Police has said, “They did not fail. . . . They held. And Congress was able to do their job. And not one member of Congress was harmed.”

Just think what might have happened if Byrd hadn’t been at work that day.

“Once we barricaded the doors, we were essentially trapped where we were,” he said. “There was no way to retreat. No other way to get out. If they get through that door, they’re into the House chamber and upon the members of Congress.”

In recent years, Republicans have grown more strident about their support for law-enforcement officers—especially after the Black Lives Matter protests of 2020 and the rise of the left’s “defund the police” slogan. Which makes Republican criticism of the police who protected the Capitol, and criticism of Byrd specifically, all the more conspicuous.

Near the end of the interview, Holt asked Byrd how he felt about Trump likening him to a murderer. Holt said it was “disheartening.”

“If he was in the room, or anywhere, and I’m responsible for him, I was prepared to do the same thing for him and his family,” Byrd said. “Because that was my job.’

“Would you have his back today, if you were so assigned?” Holt asked.

As Holt began his next question, Byrd wiped away a tear. “I do my job for Republican, for Democrat, for white, for black, for red, blue, green,” Byrd said.

But who is going to back the blue? 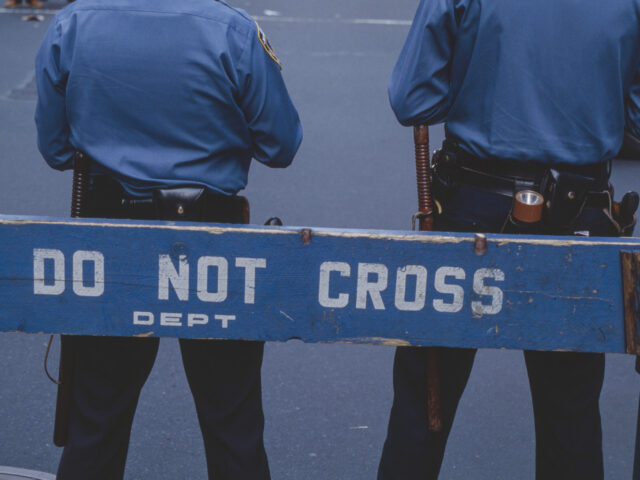 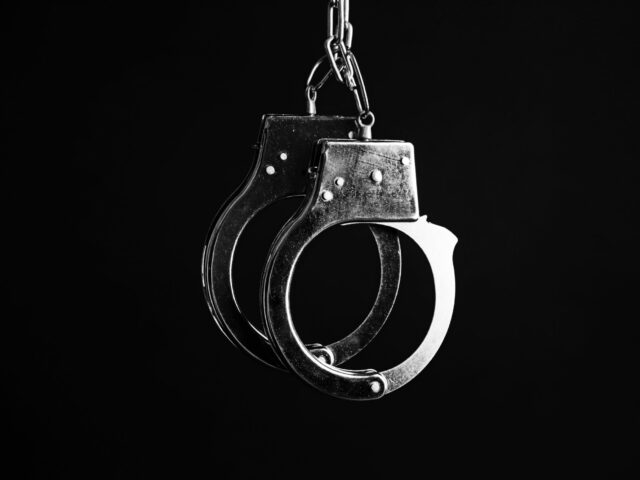 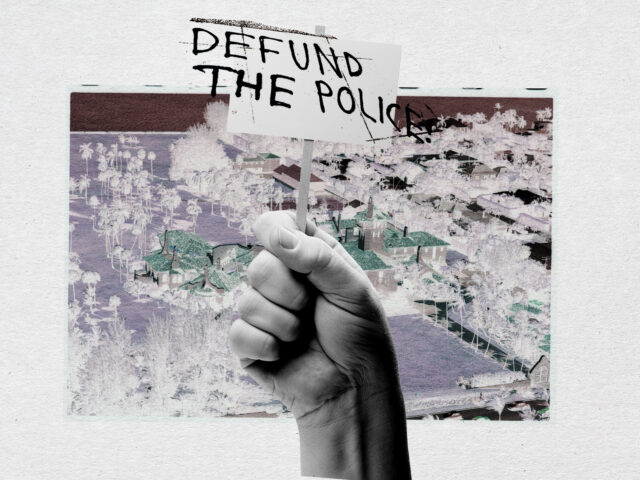