On the morning of New Year’s Day, NASA showed the world something never before seen: the agency’s New Horizon spacecraft’s flyby of Ultima Thule, a minor planet beyond Neptune, the eighth and farthest planet in our solar system from the sun. At 4 billion miles from Earth, Ultima Thule is the deepest object ever reached by humans. The mission was a historic scientific achievement. Unfortunately, this event was somewhat overshadowed the following day when China became the first country in history to land a spacecraft (its Chang’e 4 lunar spacecraft) on the far side of the Moon. This was not purely a scientific achievement. It was also a strategic one.

China’s lunar ambitions stretch back over a decade and the Chang’e 4 is the second Chinese spacecraft to land on the moon’s surface. In 2013, the Chinese National Space Administration (CNSA) successfully landed the Chang’e 3 on the near side of the Moon. Both touch-down missions were preceded by lunar orbiters of the same series: the Chang’e 1 in 2007 and the Chang’e 2 in 2010.

The Chang’e 4 mission involved a series of technical achievements with its approach and landing procedures. For instance, in order to make the current mission possible, a satellite was launched last year and positioned to relay information from the rover to Earth. But the most important achievements are still to come. This mission will include water and resource exploration, experiments with low gravity plant growth, and tests of low frequency radio astronomy in a place that is uniquely positioned to avoid frequency interference from the Earth. The clear goal is paving the way for manned Chinese missions to the Moon.

The Chang’e program is the precursor to future manned and unmanned missions with the ultimate goal being the establishment of a permanent Chinese lunar presence.

In November 2018, China revealed a model of a new heavy-lift launch vehicle (currently in development) which will be used for human spaceflight beyond low Earth orbit. CNSA anticipates an unmanned test flight as early as this year. This heavy-launch capacity will build on an already robust space industry in a country that launched a record 39 rockets last year, beating out every other rocket-launching country including America.

Permanent presence is the long-term goal, as China Aerospace Science and Technology Group’s Zhao Xiaojin stated in March, saying his country hopes “to start the construction of the lunar base around 2025 and realize a manned landing on the Moon around 2030.”

These efforts are increasingly bringing China into direct competition with many of NASA’s lunar projects.

NASA’s plans have been much more decentralized. The agency has engaged the private sector through its Commercial Lunar Payload Services (CLPS) and Commercial Crew programs. The CLPS is a public-private partnership program developing components necessary for future unmanned missions to the lunar surface. Simultaneously, NASA has partnered with United Launch Alliance (ULA), Boeing, and SpaceX to build the America’s next generation manned mission capabilities.

The ULA is working on the Space Launch System—a heavy-lift launch vehicle intended for deep space exploration, including to the Moon. And Boeing and SpaceX are working on crewed missions, which NASA anticipates will begin testing later this year. The program’s focus is on manned commercial capabilities in low Earth orbit—but these could, in theory, be used to foster future U.S. crewed commercial lunar capabilities.

And perhaps most interestingly, NASA is collaborating with international partners and industry on the the Deep Space Gateway. The Gateway would provide research and development facilities located between the Earth and the Moon and increase the accessibility of the Moon for industry, government, and American allies.

The project is spearheaded by NASA, but in close collaboration with other International Space Station partners.

It’s not hard to imagine these plans getting crosswise with the Chinese.

To counter China’s space activities, U.S. lawmakers will need a strategy that puts pressure on China while engaging America’s private sector and international partners. The cost of access to space has fallen as the wealth of nations has grown. An increasing number of countries are now fostering local space industries and launching their own space agencies in order to get in on the action. As these countries enter the sector, they will be looking to partner with established space-faring nations, and China has proven it is serious about developing its space capabilities. While it’s expensive and has a long horizon, projects such as the Gateway will be crucial for the U.S. to continue engaging emerging countries who might otherwise turn to Beijing. The last thing we should want is for the Chinese to have room to create something like the Belt and Road Initiative for space.

The U.S. will also need to continue engaging the private sector. NASA has been working hard to foster relationships through its CLPS and Commercial Crew programs, including strengthening public-private partnership opportunities with industry newcomers. But recent evidence suggests China is investing in U.S. space startups, including in companies working with NASA on future Moon missions. As lawmakers consider how to respond to China’s growing influence in other technology sectors, it’s important to understand how the space industry is being impacted, too.

But apart from these concrete policy ideas, there are more abstract considerations about the geostrategic consequences of China’s lunar goals. The U.S. vision is to collaborate with domestic industry and international allies to develop future lunar missions and a lunar-orbiting outpost. Meanwhile, China wants to build a base that would be physically on the Moon, rather than orbiting around it.

Having the two most powerful countries competing for territorial, resource, and scientific dominance on Earth’s Moon will increase the chances of conflict—especially because this jousting will take place in a relatively lawless environment. 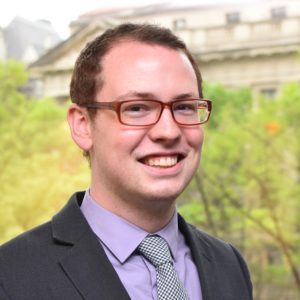 Sean Kelly is the manager of Public Programming & Special Projects at Hudson Institute.