Federal intrusions into local police matters can be warranted, but they are often resented by the swing states targeted by the DOJ.
by Daniel McGraw
New York City Police Academy cadets at a ceremony (Photo by Andrew Burton/Getty Images)
Share on Facebook Share on Twitter Share via email Print

The Biden Administration is launching a federal judicial probe into whether Minneapolis police used a “pattern or practice” of systematic misconduct that goes beyond the Floyd case. The investigation will determine whether the department law enforcement policies and practices constituted “unconstitutional and unlawful policing.”

Garland’s announcement of this investigation is significant in that he is putting into practice a federal policy the Trump Administration shelved three years ago, so-called “consent decrees.” A consent decree is basically a kind of court order negotiated between federal and local officials with police departments that have a history of civil rights abuses. Immediate reductions in violence are less important than proof that officers have been properly trained and the overall mindset of the department has changed.

One concern with consent decrees is that they don’t seem to satisfy anyone.

Conservatives see them as an overreach of the federal government. Progressives seeking racial equality think consent decrees get too drawn out and end with nothing more than wrist slaps. And mayors and city council members find themselves stuck between bureaucrats, their voters, and powerful police unions.

In announcing the investigation, Garland seemed to anticipate and hope to ameliorate these concerns.

“Most officers do their jobs honorably and lawfully,” Garland said in a press conference. “I strongly believe a good officer does not want to work in a system that allows bad practices. Good officers welcome accountability because accountability is an essential part in building trust with the local community and public safety requires public trust.”

Garland’s move to bring consent decrees back could backfire politically. Just look at the language Trump AG Jeff Sessions used in getting rid of them three years ago.

“This [consent decree] supervision can deprive the elected representatives of the people of the affected jurisdiction of control of their government,” Sessions wrote. “Consent decrees can also have significant ramifications for state or local budget priorities, effectively taking these decisions, and accountability for them, away from the people’s elected representatives.”

All of which points to political pushback when the public sees the federal government moving in on local law enforcement. Researchers found in a 2020 study that voting patterns were definitely linked to the public’s feeling about race and law enforcement. In the 2016 election, voters who disliked Black Lives Matter voted for Trump 78 percent of the time, while those that felt favorable toward BLM supported him only 12 percent of the time.

“As long as you have that energy and push on one side, there is going to be a response, which has sometimes been described as a backlash,” lead researcher Kevin Drakulich, an associate professor of criminology and criminal justice at Northeastern University, said in an interview last year. Tying consent decrees to the goals of Black Lives Matter and other activist groups will only make the decrees even more toxic in the minds of swing voters.

This sort of consent decree started during the Bill Clinton administration. Police in Pittsburgh had been accused of targeting black people for arrest and abuse in 1995, and it came to a head when a black businessman died of asphyxiation during a struggle with white police officers. The DOJ gave Pittsburgh the chance to avoid a federal lawsuit if it agreed to certain reforms. Hence, the newly ordained consent decree was applied.

Since then, policing consent decrees have been more common under Democrat presidents than Republicans: they were deployed three times under Bush, 15 times under Obama.

Though policing consent decrees have been used in some form or fashion all over the country, their concentration in Midwest municipalities is obvious: major cities like Detroit, Milwaukee, Cleveland, Philadelphia, Pittsburgh, and Chicago, as well as smaller locales like Erie, Pennsylvania, Warren, Ohio, and Lorain, Ohio have all been investigated by the DOJ for problems in their department. Politically powerful police unions and their allies in city government cannot stand these interventions, while local residents see them as intrusions.

Local officials hate these decrees in large part because there’s no guarantee the feds will let you out of them in a reasonable time period. Cleveland has been under the consent decree monitoring process since 2015, in response to 13 officers firing an astonishing 137 shots into a car with two unarmed African-Americans inside, killing them both.

“Having acquired this valuable power, the feds or other plaintiffs can be leisurely about relinquishing it,” the Cato Institute’s Walter Olson wrote in 2019. “Definitions of what constitutes compliance can be vague, complex, and doubtfully practical, and even if the defendants manage to show that they have crossed every ‘t’ and dotted every ‘i,’ they may still need to prove that they are not likely to backslide when taken off the hook. So, the process drags on—sometimes for decades, sometimes indefinitely.”

Sad cases like George Floyd and Daunte Wright and Adam Toledo will continue to happen in many cities, but federal interventions might be too aggravating for voters to tolerate. They’ll point to how they fired the officer involved (or put them on trial), worked with community groups to ameliorate the situation, and opened up to being investigated for civil rights violations by the state government.

“Why do the feds need to jump on us as well?” is a conservative outcry that has resonance. And Democrats run afoul of it at their peril. 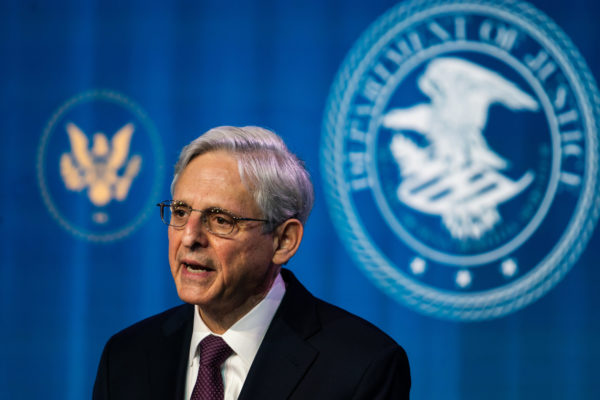 What to Expect from the Merrick Garland Confirmation Hearings